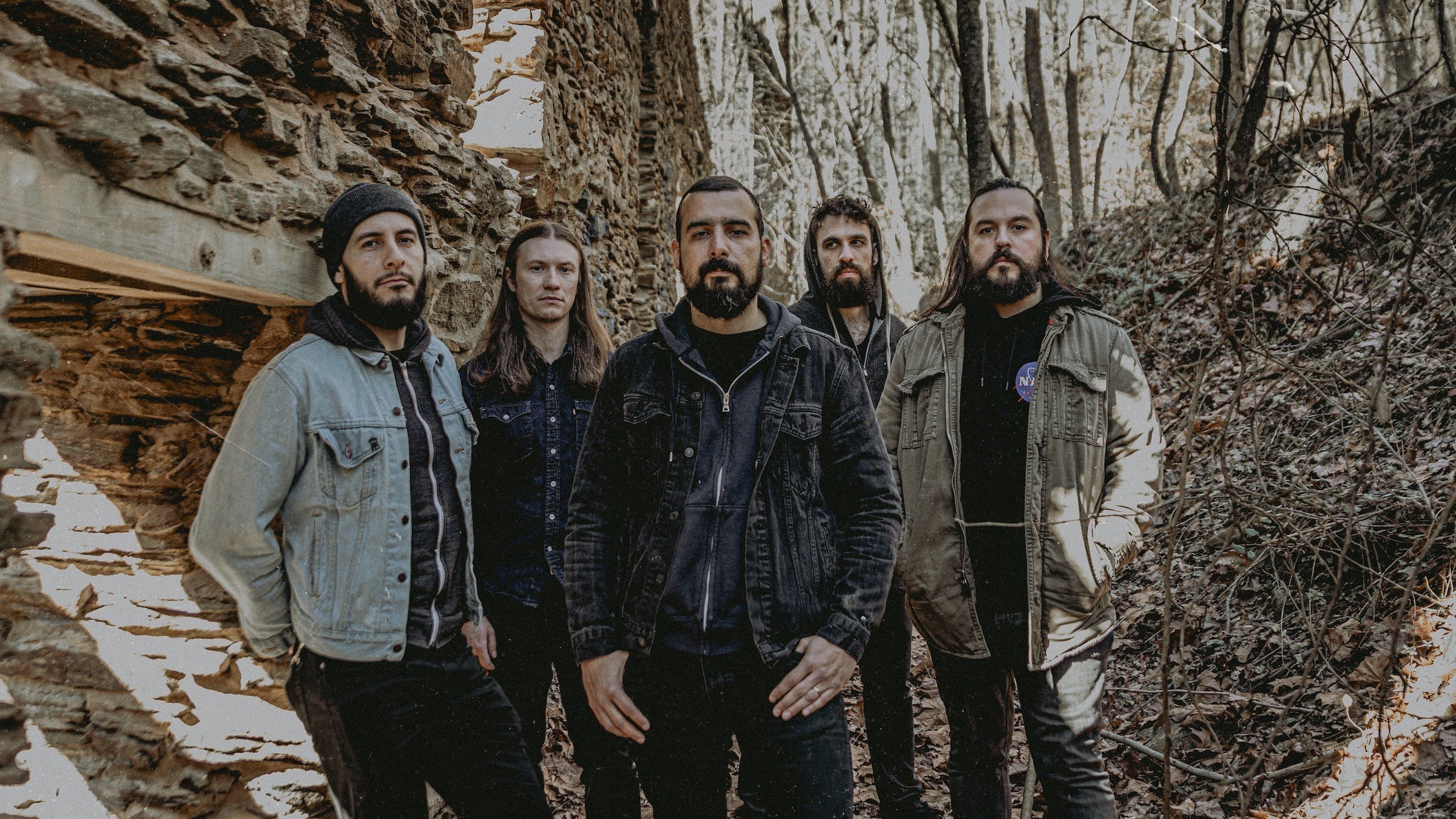 It's pretty clear from the first listen that Irist is going to be one of 2020's most important metal acts. On their crushing debut Order Of The Mind, the Atlanta, Georgia-based quintet blend aspects one recognizes from many of modern metal's heaviest legends -- the throttle and swing of Gojira, the thoughtful bludgeoning of Meshuggah, the arcane sneer of High On Fire -- into a blistering sound all their own. It's this progressive-yet-merciless middle ground that got them snapped up by Nuclear Blast, who are excited to announce Order Of The Mind's release for this March.

The band's first single, the no-holds-barred Burning Sage, comes in the form of a video that seethes with Irist's compelling sonic fusion. The video, animated/edited/directed by Mount Emult, flickers between old-school metal imagery like dark forests and medieval depictions of hell while overlaid with a smear of digital pixellation. It feels as frantic and multifaceted as the band's music, and makes for a disturbing yet enthralling watch.

Before checking out our exclusive premiere of Irist's new video, we spoke with guitarist Pablo Davila about where the band are coming from, and where they're headed.

How did you guys come upon your unique sound? Did you go in with ideas you wanted to use and/or avoid, or was it just about what came naturally?

Both. We started this band with a lot of conviction, but also with an openness to allow songs and ideas to develop naturally. It was more about coloring the sound with elements that you wouldn’t necessarily hear in heavy music. We wanted to be able to spot our diverse influences in every song while maintaining a cohesive sound. We knew this would take a long time to achieve if we wanted to do it right, but we didn’t care. We’d already been in enough bands and projects that lacked variety so we were ready to jump into this head first.

What do you think having members from South America brings to the table?

Initially we didn’t think it would play as strong a role as it currently does. We underestimated the degree to which we subconsciously incorporate Latin rhythms into many of our songs. The same is true of certain melodies we’ve written that are reminiscent of some of the Latin American folk music that most of us grew up listening to. We really don’t force any of these elements into our music, so sometimes it’s a little surprising to us when others point out that one of our songs, or a part of a song, has a Latin feel to it. That being said, we have written songs where there was a clear intention to incorporate some type of latin rhythm or vibe.

Do the different homelands of your South American members -- Chile, Argentina, Brazil -- add different influences to the band's music?

Even though we’re from three different countries in South America, we actually grew up listening to artists from all over Latin America. Of course each of us has his favorite artists, but that’s not necessarily connected to the country each one of us was born in.

Where does an Irist song begin -- a riff, a lyric, a general concept?

In the beginning there’s always a general feel in mind. Then usually a riff will appear which has to be sealed in with a drum pattern. I write most of our music at home and won’t present anything to the other guys until I have a series of musical sections that flow into each other really well. At that point we add vocals and start refining drums and solidifying the song arrangement.

What are you most excited for listeners to hear on the record?

All of it! We’ve been sitting on these songs for a very long time, so we’re just excited and grateful to have the opportunity to release them on this scale.

Watch our exclusive premiere of Irist's Burning Sage below:

Irist's Order Of The Mind comes out March 27 via Nuclear Blast, and is available for preorder.

Irist’s Rodrigo Carvalho: The 10 songs that changed my life

Since 2020 debut Order Of The Mind, Irist have become one of underground metal’s most talked-about bands. Here, frontman Rodrigo Carvalho unpacks some of the music that shaped his own art…

Ahead of the release of their Gloria EP in just a couple of weeks’ time, post-metallers Irist have unveiled a mesmerising new single, Surging Ablaze.