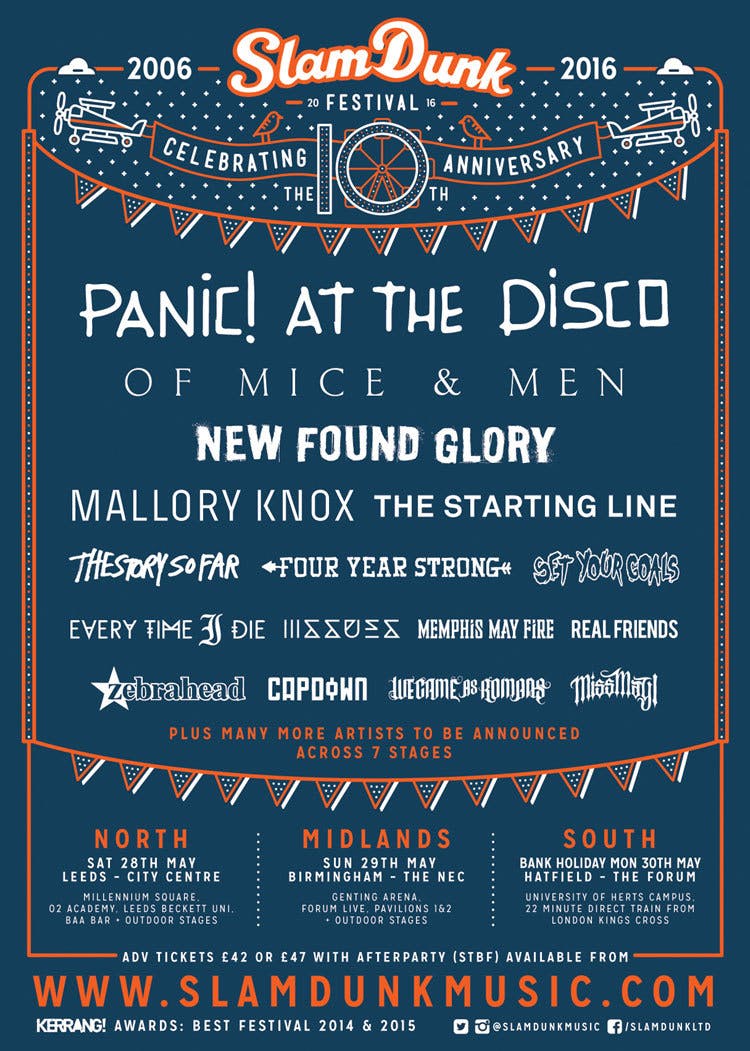 It’s official: Slam Dunk Festival 2016 has just got even bigger.

Kerrang! can exclusively reveal that Slam Dunk Festival 2016 has just gotten even bigger and even better after adding Mallory Knox, The Story So Far, Set Your Goals, Miss May I, We Came As Romans, The Starting Line, Zebrahead and Capdown to its line-up!

They will join the previously announced bands Panic! At The Disco, Of Mice & Men, New Found Glory, Four Year Strong, Every Time I Die, Issues, Memphis May Fire and Real Friends.

The dates for Slam Dunk 2016 are as follows:

Tickets are available from slamdunkmusic.com. Don’t miss out!

For more news and exclusive interviews with some of the newly announced bands, grab the latest issue of Kerrang! (out now)