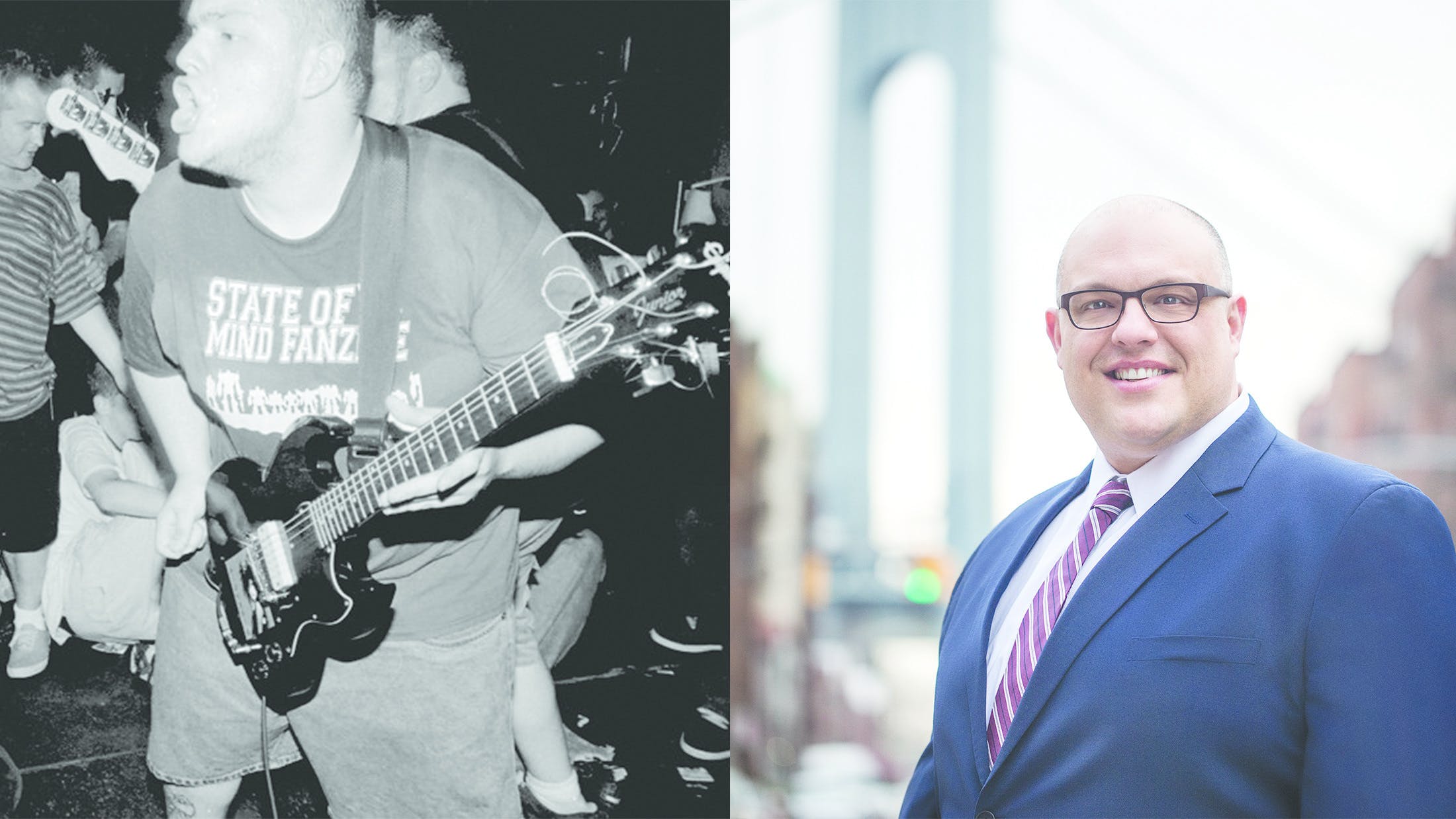 What with all the excitement around confirmed metalhead Danica Roem being elected to the Virginia House of Delegates and becoming the first openly transgender state official in American history yesterday, we didn't mention the other heavy music political victory that went down at the same time in a different part of the country. Former Indecision and Most Precious Blood guitarist Justin Brannan was elected to the New York City Council. He ran for the Democratic Party, and took 51 percent of the vote against his Republican opponent John Quaglione.

Brannan is a stalwart of the New York hardcore scene: he co-founded Indecision and went on to form Most Precious Blood, but has always focused on societal and political themes in his lyrics.

“I think if you would have told me back when I was onstage at CBGBs that I would run for political office, I would have cracked up," Brannan told the Huffington Post. "But believe it or not, I’ve met a lot of people who got involved with policy or politics who were also from the hardcore and punk scene. If you were one of these teenagers that was looking to change the world, if you continued following your heart, then, this is one of the places that you’d end up – advocacy, policy, non-profit."

Brannan has featured in the mainstream media before. Back in 2011 a photo emerged of Private First Class Kyle Hockenberry being tended to aboard a medevac helicopter minutes after an explosion in Haji Ramuddin, Afghanistan. On his ribs are tattooed the lyrics, "For those I love I will sacrifice", from the 1996 Indecision song Hallowed Be Thy Name. Hockenberry lost both legs and an arm in the explosion, making his tattoo more than just an empty boast.

"It's a lyric I wrote in my mom's house when I was 16," Brannan told Politico at the time, ""It's very sobering and puts things into perspective, it makes you want to do everything you can for someone."

He reached out to Hockenberry's family, and began selling shirts with the lyrics on, with proceeds going on Hockenberry’s behalf to the Stephen Siller Tunnel to Towers Foundation.

Have a listen to Hallowed Be Thy Name right here: