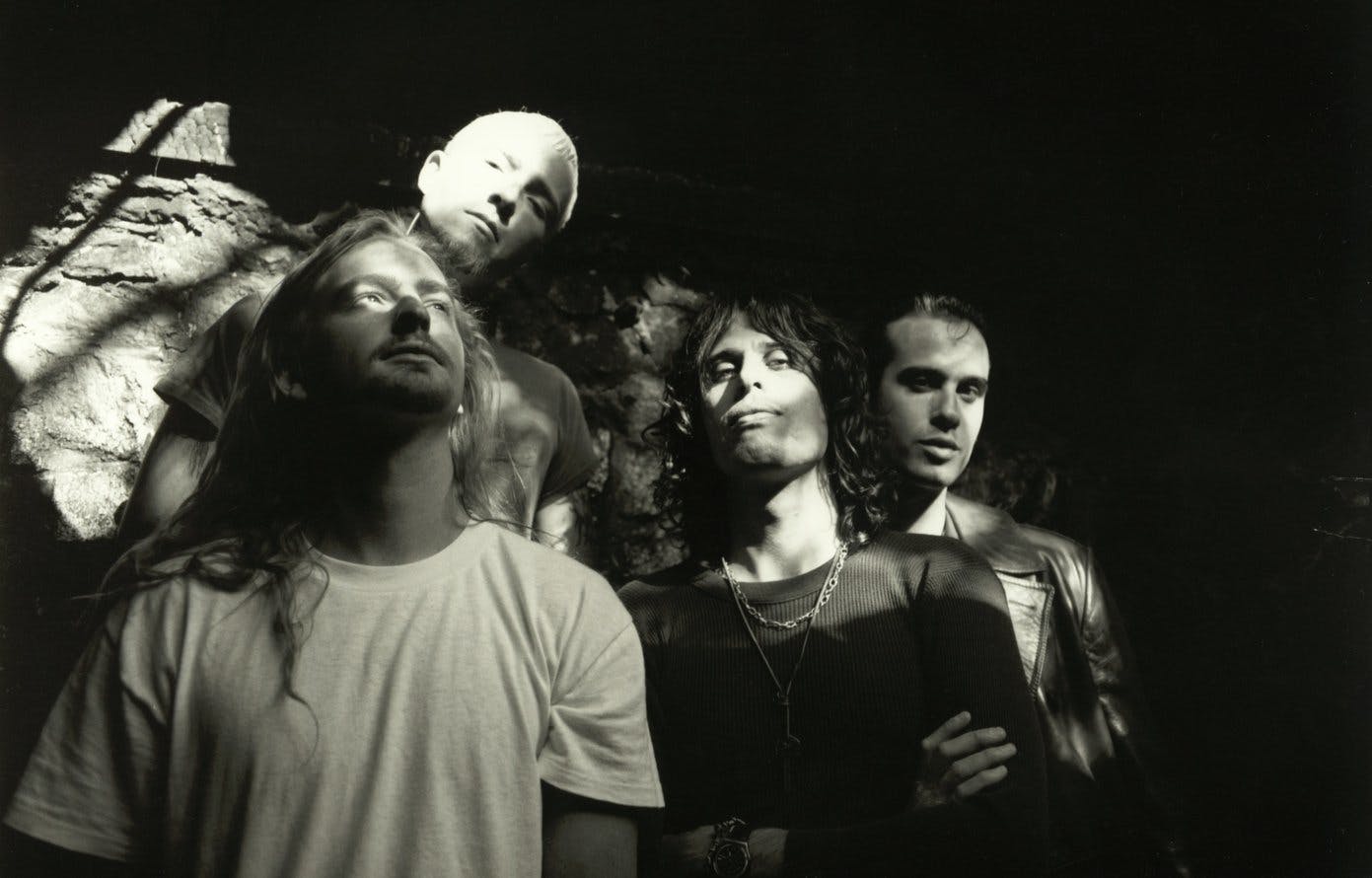 Iconic grunge-rockers Stone Temple Pilots mark the 25th anniversary of their debut album, Core, with a deluxe reissue of the record that started everything. The set will be available on September 29, with newly remastered tracks, rare cuts, previously unreleased demos and a clutch of live recordings, including selections from their set at 1993's Reading Festival.

One of those never-before-heard tracks is this unplugged recording of Core’s third track, Wicked Garden. It's considered one of the finest songs in the band’s early repertoire, later appearing on their 2003 greatest hits collection, Thank You.

This version was recorded in November 1993 for MTV’s Unplugged series, and K! is chuffed to the nuts to give it a debut airing here.

Core comes out anew in two (ha ha) core versions, on September 29: a four-disc super deluxe edition, that also includes a DVD and a seven-inch of Plush (the vinyl’s with pre-orders only, mind); and a two-CD deluxe version with a set of b-sides and demos on the second disc. A single-disc remaster will also be available, for those who just want the album, and no extras.

Find more information on the release/s at the Rhino Records website, here.