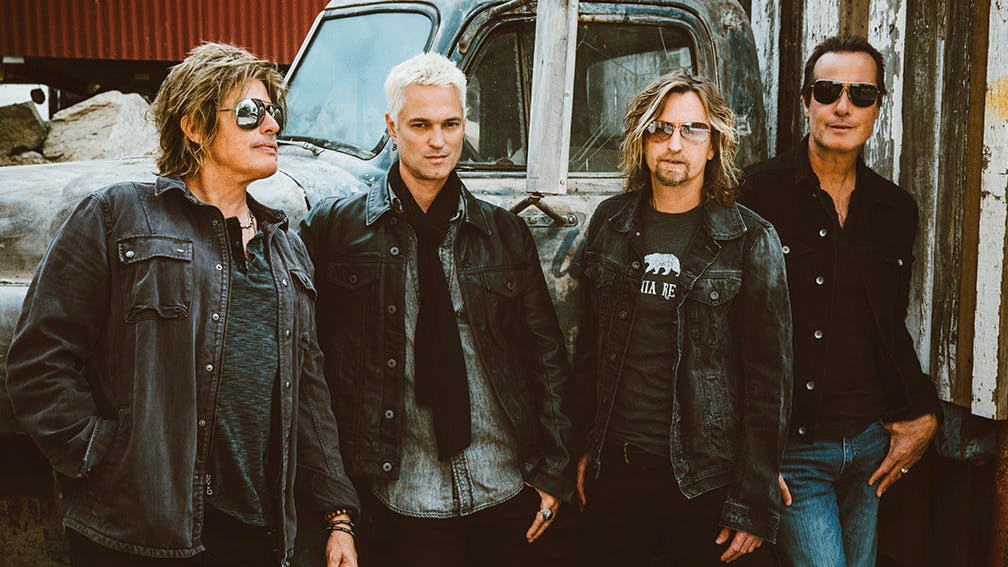 It looks like Stone Temple Pilots are returning to the stage -- though in a capacity that some fans might not expect. The current incarnation of the alt-rock quartet, now featuring X Factor contestant Jeff Gutt on vocals, will be releasing an acoustic album this year, and will be following it up with an unplugged tour.

According to Rolling Stone, STP will release their new album, titled Perdida, on February 7, 2020. The record was recorded mainly on vintage instruments.

Regarding the change in direction, bassist Robert DeLeo says, “This is an album we’ve been wanting to make for quite some time. Most of our songs start acoustically and we felt these would come across in the most genuine way if we kept them that way.”

READ THIS: "If we had got this wrong then it would have been over." --Stone Temple Pilots

Apparently Perdida -- Spanish for trouble -- is a concept album, with running themes of grief and loss.

“I was looking back at difficult moments in my life,” says Jeff Gutt of the lyrics. “I was trying to be vulnerable and that’s a scary thing to do, but it’s also kind of comfortable.”

Regarding the unplugged tour that will follow the album's release, DeLeo says, “We’ll probably have a keyboard player and another guitar player and some strings. It’s always nice to add some wonderful musicians and hear what they’re doing to your music.”

The band has also released the first track off of the album, Fare Thee Well, which you can hear below:

And make sure to catch the band's unplugged live set at one of the following dates:

READ THIS: How Stone Temple Pilots' Purple put grunge out of its misery

We look back at the ’90s records that didn’t get the recognition they deserved at the time.

Dean is seeking joint custody of their six-year-old daughter.