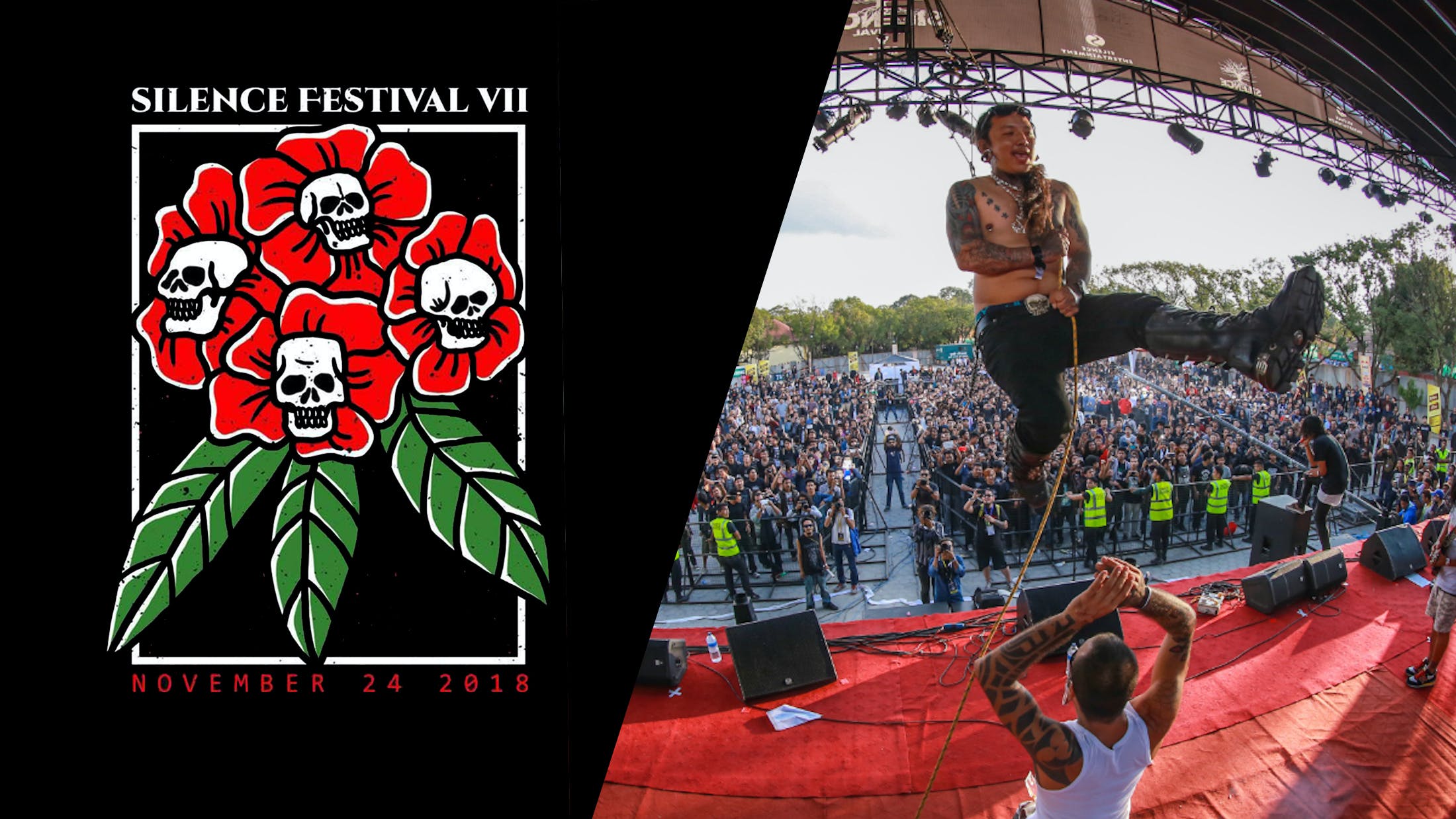 Silence is Nepal's first metal festival. Since 2011, the event has attracted bands such as Vader, Behemoth and SikTh, while giving a platform for emerging local talent.

On November 24, Cancer Bats will headline this year's bash, with a bill featuring Nepali bands such as Underside, Symbol Of Orion, Chronic, Disorder, Kamero, Neck Deep In Filth, Screaming Marionette, Chakachak and Shanghai's Spill Your Guts.

So what inspired you to set up a rock festival?
There’s always been a metal scene in Nepal in some form or the other. My brother Bikrant Shrestha came up with this idea of doing a metal festival back in 2011. I manage the band he’s in, called Underside. We grew up in the same scene and I can tell you that there are lots of amazing local bands who hardly get out of Nepal to showcase their music due various reasons. So we thought about doing a festival in Nepal where we invite international bands and our local bands get to share the stage together. I think that’s a perfect way to share their music and bring Nepal closer to the bigger metal scene worldwide. In the last seven years, we’ve had many amazing bands and we believe Nepali metal scene is not that unknown anymore. The fact that I’m having this conversation with you today itself is the testimony to that.

How did you go about it?
In the beginning, it was bit difficult as you can imagine, being a new festival in Nepal. Bands and agents would hesitate to come this far from their usual route. So trust was the issue, I guess, and also bands would worry about what sort of infrastructure and gear we could provide for the show. But there are always bands who want to do new things and play in different places, so we were lucky that bands like Textures and Behemoth were willing to be part of our fest at the beginning. Things changed significantly when we booked SikTh in 2014. During the booking process, I got to know [agent] Ross Warnock which turned into a long lasting friendship. He not only provided the band for that year’s festival, but he’s been involved to help us run this festival since then. I’m eternally grateful to him. Now things are very different. We get lots of bands who’ve show their interest in playing our festival. It’s very easy to work with agents as we have a very good proven track record of hosting bands and making sure they have the experience of their lifetime.

What’s the scene like in Kathmandu and Pokhara?
Kathmandu always been the centre of metal scene in Nepal. The history of underground music goes back to early 2000. Forums like KTMRocks acted as a hub for all the bands to come together and put on shows. They’ve had a significant contribution in laying the initial foundation for Nepali metal scene today. Although I don’t live there, I can see there’s always new bands emerging from Kathmandu. In recent years, I have come to realise that Pokhara is also rapidly growing. There’s a quite a few bands from Pokhara who are doing pretty good stuff. We recently did a Nepal tour with Underside and were overwhelmed to see how metal scene is brewing in every corner of the country.

Which Nepali bands would you recommend to readers?
Underside is definitely taking the Nepali metal scene to new heights. They played Bloodstock this year and they’re doing a UK run with Cancer Bats in January. They are definitely worth checking out. Other bands I personally dig from Nepal are Ugrakarma, Symbol of Orion, Chepang and recently came across bands called Chronic, Disorder, Neck Deep in Filth, Screaming Marionette and Chakachak. I’m looking forward to their set at this year’s Silence festival.

Tell us about this year’s bill and how you secured Cancer Bats as your headliner…
This year is a special one. We’re pretty stoked to have Cancer Bats this year. They’re a good fit for Silence as we want to have bands from different genres other than black, death or thrash metal. The idea is to give festival goers a variety of genres.

What obstacles have you faced from the authorities in the past?
One thing I can tell you for sure is doing festival in Nepal is a completely different ball game. Being a metal festival makes it even harder. We have always issues with authorities to get permits and even if we get one, there’s been numerous occasions where the police have intervened; we’ve had to stop the show or in some cases, we’ve had to wrap it up before our schedule which is not helpful at all. I think they see it as an ‘unnecessary’ western influence on our society. Not long ago, you could get arrested for just having long hair and tattoos. Can you imagine that? Supreme Court has had to intervene to stop that from happening. We think Silence festival is more than just a metal festival. It helps promote tourism and get the country more recognition. I don’t think authorities perceives it this way. It’s very unfortunate.

How have you overcome these problems?
Well, we try negotiate with the police and authorities in every way possible. I just wish they could see past our long hair and tattoos and just let us get on with our work, you know? There are lots of unsung heroes who are working relentlessly to make Silence happen ever year. They are the true champions. They overcome many challenges year in, year out. I’m only connecting dots. They are the true torch bearers. To the crew, all other people who are involved on the ground, I take a bow.

Tell us about the times Vader, Behemoth and SikTh appeared at the festival – what was the response to those sets?
All those events were super important for us. In fact, Vader, Behemoth and SikTh kinda paved the way for us to continue in the future. All of these bands have a great following in Nepal and they got a very overwhelming response from the crowd. I remember friends from SikTh saying it was one of the best shows they have ever played. Now that’s a thing to be cherished.

If you could pick any headliner for 2019, which three bands would be at the top of your list?
I wish I had that luxury of just making a wish and seeing those appear at Silence festival. That’d be amazing. Hypothetically speaking, Lamb Of God would be the sickest of all time. They have a huge following in Nepal. And then may be Slayer if they are still touring in 2019. In my weird world, I think of Slayer doing their last show in Kathmandu. Imagine that! And lastly, this is my wishful thinking, but I would love to see Metallica play at Silence!

So what’s the atmosphere like at a typical Silence festival?
Well for the festival goers in England, I can tell you you don’t need your wellies and rain coats. We have the best possible weather. Although it’s a relatively small one-day fest, you can see the passion in the attendees. The vibe is great! One should attend it to actually understand what is it like. All the people who’ve been to Silence are in awe. That speaks volumes.