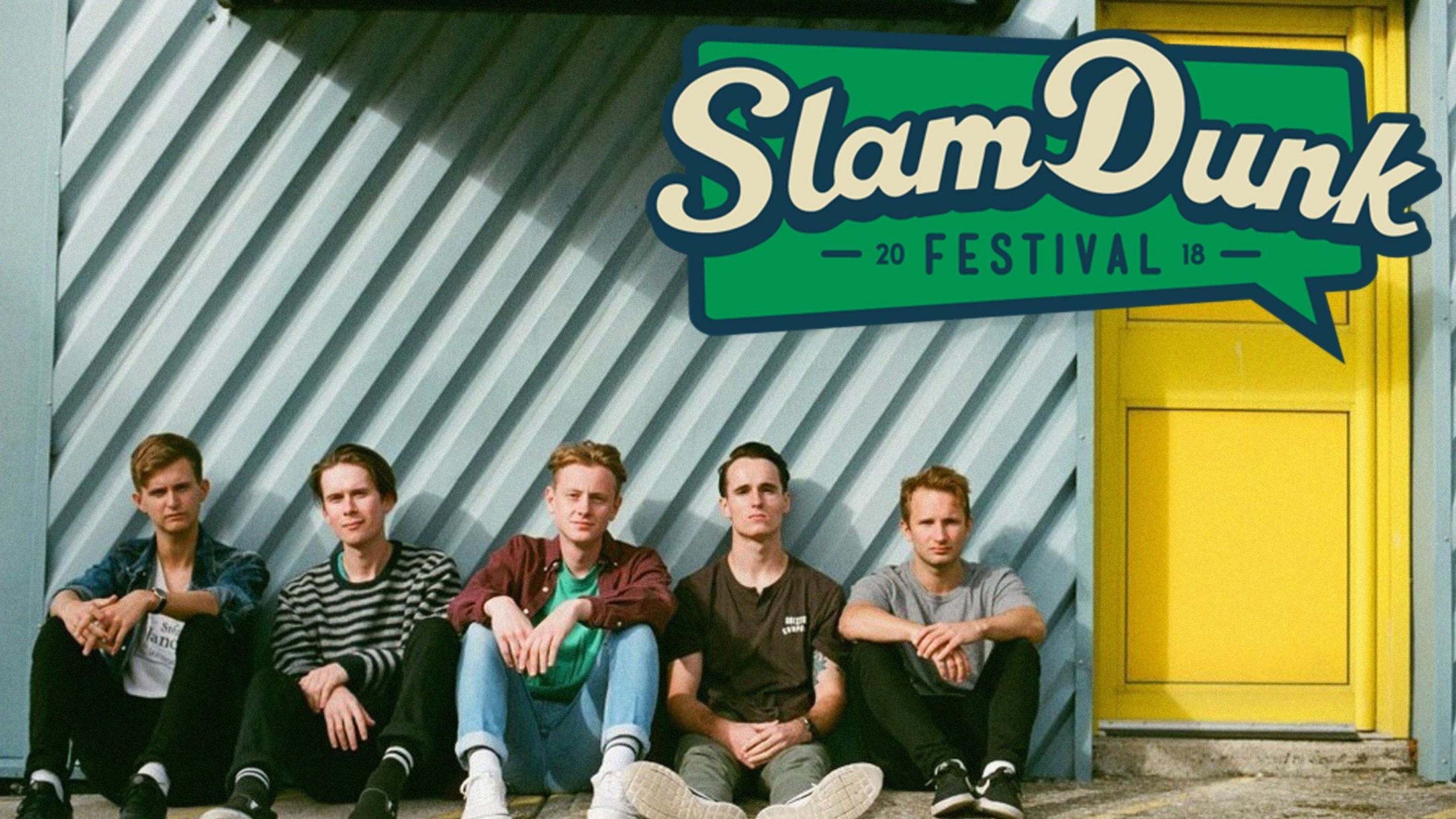 Big news for all you pop-punk, emo and ska fans: Kerrang! has got the exclusive announcement for the next batch of bands for 2018’s Slam Dunk Festival, and it’s a corker! K! can reveal that playing the May event across the weekend of 26–28 will be ROAM, Goldfinger and Reel Big Fish! In addition – and in a worldwide exclusive for Slam Dunk – emo-rockers The Audition will be reuniting their classic line-up of Danny Stevens, Seth Johnson, Ryan O’Connor, Joe Lussa and Tim Klepek for their first live appearances together in nearly 10 years. They join the previously announced Good Charlotte, Jimmy Eat World, PVRIS, Frank Carter & The Rattlesnakes, Taking Back Sunday, Creeper and loads more besides. Basically, it’s shaping up to be one hell of a bill!

To top-off the announcement, we hopped on the phone with ROAM’s Alex Adam for a quick catch-up about playing Slam Dunk, his thoughts on the line-up and what 2018 holds for the pop-punk quintet…

Hey, Alex! How does it feel to be heading back to Slam Dunk this year?

Alex Adam (vocals/guitar): We love it there! One of our favourite memories as a band is playing Slam Dunk – it’s the best possible festival. For the most part, I wouldn’t go to festivals – I’m not someone who can sit in the mud for three days and be pissed every night. But Slam Dunk is incredible because it’s three separate days. It’s a perfect festival, and I always love all the bands that are playing – there’s something for everyone, which is great. We always try and bring it for Slam Dunk, and this year we’re going to step it up again!

Have you got a favourite show from the times you’ve played Slam Dunk in the past?

Yeah – the Midlands show the last time we appeared [in 2016]. We played in a really long room, and when we were backstage we couldn’t see anything of the crowd. We walked up the steps onto the stage after our intro finished, and we were just like “Fuck” – there were so many people there! I actually couldn’t see the back of the crowd, and other than Reading & Leeds, it was the biggest crowd we’d ever played to. But unlike Reading & Leeds, it was all pop-punk fans! Another one that sticks out is the Leeds show the first time we ever played Slam Dunk [in 2015]. People had body boards and the audience would part in the middle to form a runway, and kids would get pushed along and they’d go flying into the crowd! It was incredible.

Nice. Who sticks out for you on this year’s bill?

Set Your Goals, definitely. They stopped playing for a really long time and now pretty much the only UK shows they play are Slam Dunk, and it’s always amazing! I love that band so much – there’s something about them that’s so fun and captivating. And it’s great because Matt [Wilson, vocals] sings on our song Deadweight, and every Slam Dunk he’ll come on-stage for our set and guest on that, which is cool.

Have you had a think about your set for Slam Dunk?

Yeah – it’ll be a mix of old and new stuff. We definitely love playing the new album [Great Heights & Nosedives] and the songs work really well live – I think a lot of these new songs get better reactions from the crowd than the old ones, which is awesome. But we will be sprinkling in a few fan favourites from the past, like Head Rush and Hopeless Case.

We’re trying to headline more this year. Great Heights & Nosedives has gained a lot of traction in the places we wanted it to, and we’ve seen a huge boost for us in the British, European and Australian markets, so 2018 will be the year we really start to establish ourselves as a headline band. I’m not sure at the moment where exactly we’re going to take that, but I know we definitely want to give headlining in America another go, and try and do more UK and European shows, too. Now that the album is out, it’s time for ROAM to prove ourselves as headliners.

So you’re pleased with the reception to the album?

Incredibly. It was admittedly a bit different in sound to what we’d done previously, and while we were really excited about that, there’s always that worry that you’ve taken a risk that might not pay-off. But it’s been fantastic; the release went amazingly well, we’ve toured all over the place and the reaction to the new songs has been just as good if not better than to our older material. We’ve had some brilliant feedback on the record, so it’s really exciting for us to be taking that into 2018.