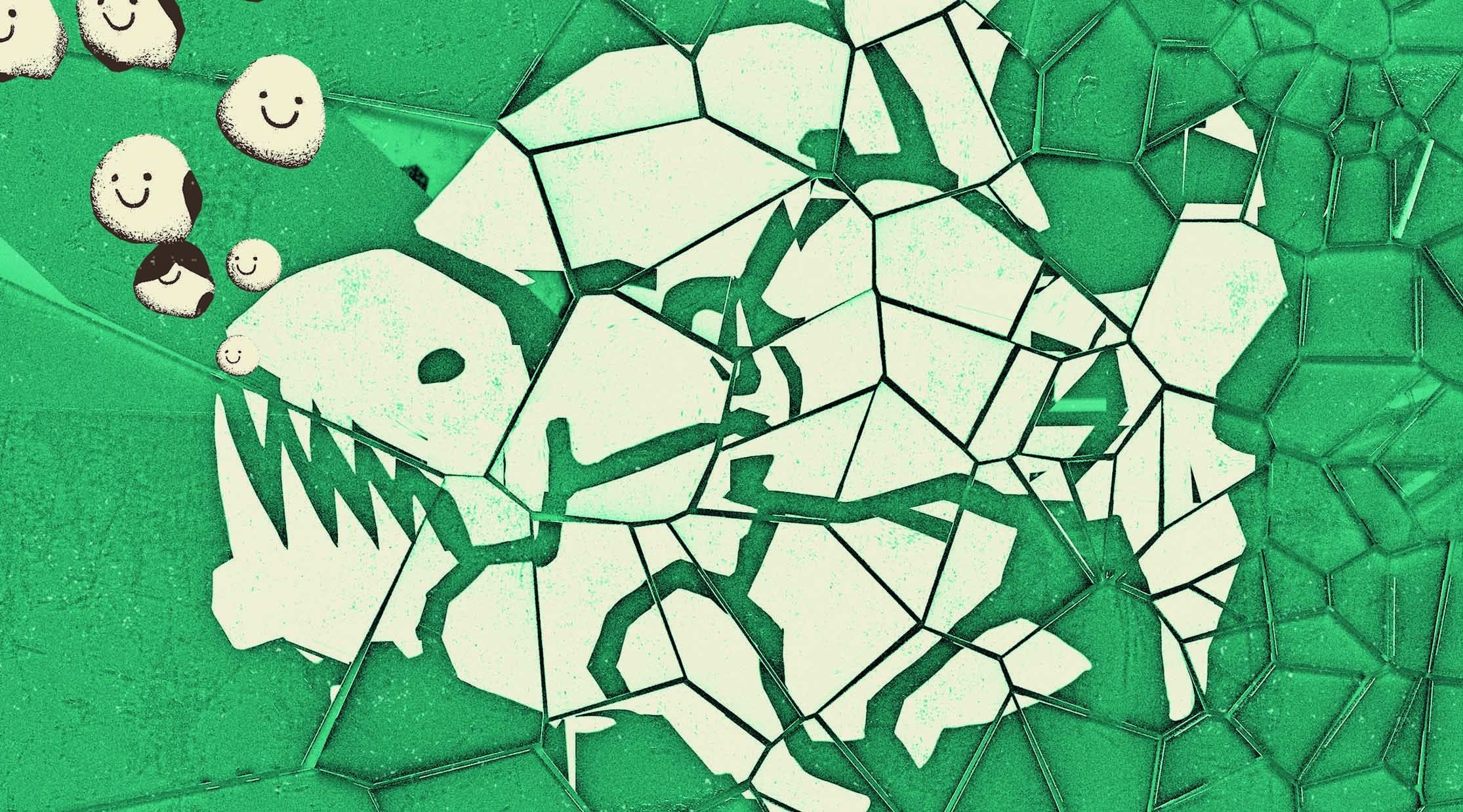 ROAM’s last album, 2017’s second outing Great Heights & Nosedives, was a solid pop-punk record. It spawned one of the Eastbourne quintet’s most heavily-streamed songs to date (the infectious Playing Fiction, currently at almost 6 million plays on Spotify), and established them as a main player in UK pop-punk. But what it lacked was a proper identity of its own, and some songs of the calibre that instantly make the listener know exactly who they’re listening to. Strip away the vocals of frontman Alex Costello and guitarist/singer Alex Adam, and good as the songs were, often things could have simply come from the general direction of Warped Tour, rather than knowingly the work of one band. Smile Wide changes that. With this third record, ROAM now have an identity to truly call their own.

In a similar move to that made by fellow pop-punks WSTR on their most recent album, last year’s Identity Crisis, ROAM have strayed from the usual formula, and they sound all the better for it. Smile Wide’s first two tracks serve as a bridge between the band’s past and the direction in which they’re headed in 2019. Opener Better In Than Out is a buoyant dose of classic pop-punk that sounds very much like the ROAM of old, while second song I Don’t Think I Live There Anymore is aptly named, given the manner in which it marks the band’s first step away from the sonic territory they’ve always occupied. Pairing breezy melodies with Alex Costello’s darker, more self-deprecating lyrics, the frontman introduces this new vibe as he laments how, ‘My body is such an empty fucking hole’.

It’s only once they reach Smile Wide’s third track, LOUD, though, that ROAM really start to show off their new, broadened horizons. There’s less of a feeling of pop-punk partying, and more ‘90s alt.rock nostalgia here, the more mature and well-thought-out songs demonstrating how, for the first time, ROAM feel like a band with something properly of their own going on. The gloomy Play Dumb and Weezer-ish The Fire On The Ceiling have a similar effect, as does the restrained vibe of Piranha, but by the time the bouncy chorus of the latter rolls around, there’s no denying ROAM are still in possession of the pop-punk skills that gave their previous output its energy.

All that said, however, it’s as Smile Wide builds to its conclusion that ROAM impress most. The vivacious Hand Grenade is the strongest of the faster-paced songs on the album, all fun-loving sing-alongs and fists-in-the-air euphoria, and features a stylish bridge that’s far removed from standard pop-punk fare. Final track Turn is even better, a chilled-out, lo-fi song built around hazy guitars and Alex Costello’s gentle vocals. It’s the band’s finest piece of songwriting to date, and one that feels like a cornerstone moment similar to Neck Deep’s release of In Bloom, which saw them spreading their wings and gave the first impressions of what that band’s final form could be. For a group so used to writing and playing upbeat, in-your-face pop-punk, it’s a brave statement to make, but one that’s paid off mightily, in the process proving the extent of the musical talent that lies within ROAM’s ranks.

Pop-punk can sometimes feel like a restrictive genre that stems the creativity of its bands in favour of nailing that catchy chorus. With Smile Wide, ROAM have shown it is possible to stretch those boundaries without compromising on the feel-good nature of the music. In doing so, they’ve produced their best album yet, and one that’s put them into a box of their own.