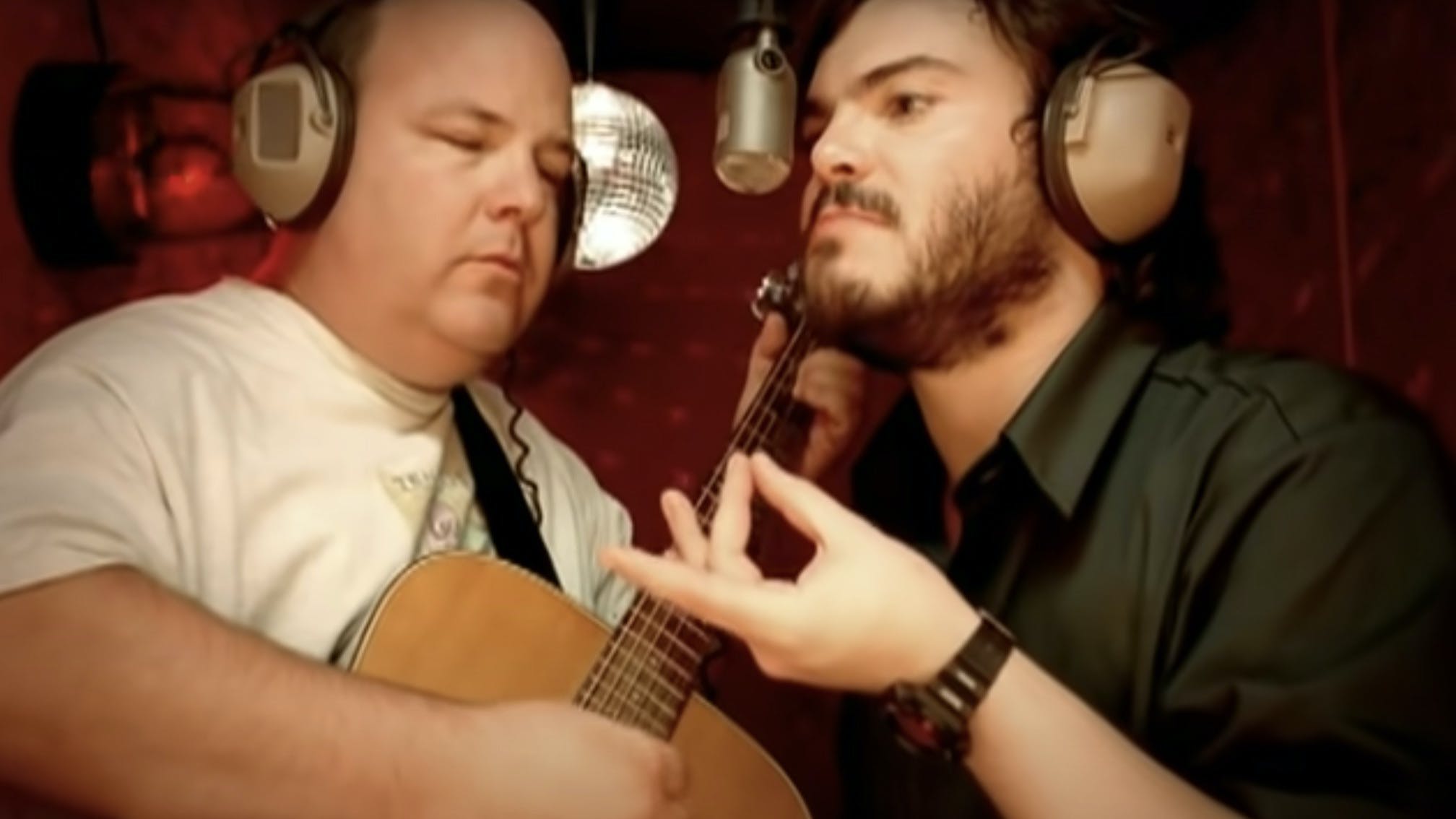 Tenacious D's Jack Black and Kyle Gass have discussed the inspiration behind their iconic debut single Tribute, citing both Metallica and Led Zeppelin as bands who penned 'the greatest song in the world'.

In a new interview with Zane Lowe on Apple Music, the pair address their love for the two aforementioned bands, plus the likes of The Beatles, Guns N' Roses and Paul Simon. As soon as Jack points out that Metallica were one of the bands they "talked about a lot early on" when they first started out, Kyle adds, "It actually was the inspiration for Tribute."

"What?" responds Jack. "You're saying that Metallica was the inspiration for Tribute?"

Read this: "Tribute was our Mona Lisa": An oral history of Tenacious D's self-titled debut album

As Kyle nods, "I'm saying a large portion, yeah," Jack then argues: "When we were talking about what's the greatest song in the world, at the time it was Metallic – One, some would say. But really, you can't say that that was a greater inspiration than Stairway To Heaven."

As Kyle reflects how Jack got him into Metallica in the first place, he explains: "They were going places that people didn't normally go, but also with really staccato riffs. They were very exciting. It just seemed very important."

"It was a trailblazing song," agrees the frontman. "You can tell that it's their best song, because whenever you see them live, they always save that for the end. They know that people are waiting for One. They got a lot of great jams, Enter Sandman, this and that, all of the rest…"

Later in the interview, Jack also praises The Devil Went Down To Georgia (which was originally written and released by the Charlie Daniels Band in 1979, and later covered by Primus 20 years later) and the impact that had on The ’D.

"There's a great tradition of doing battle with Satan in rock'n'roll music and before rock'n'roll," he says. "And of them all, I think The Devil Went Down To Georgia is probably the most powerful, iconic version of that story. Well yeah, we did it, but they did it first. And they were definitely a big influence on Tenacious D. Would we have done Tribute if we had never heard The Devil Went Down To Georgia? It's doubtful. We definitely needed that jam to show us the way."

Head on over to apple.co/zane to hear the full interview, as well as Tenacious D's At Home With playlist.

Read this: A deep dive into Tenacious D's video for Tribute