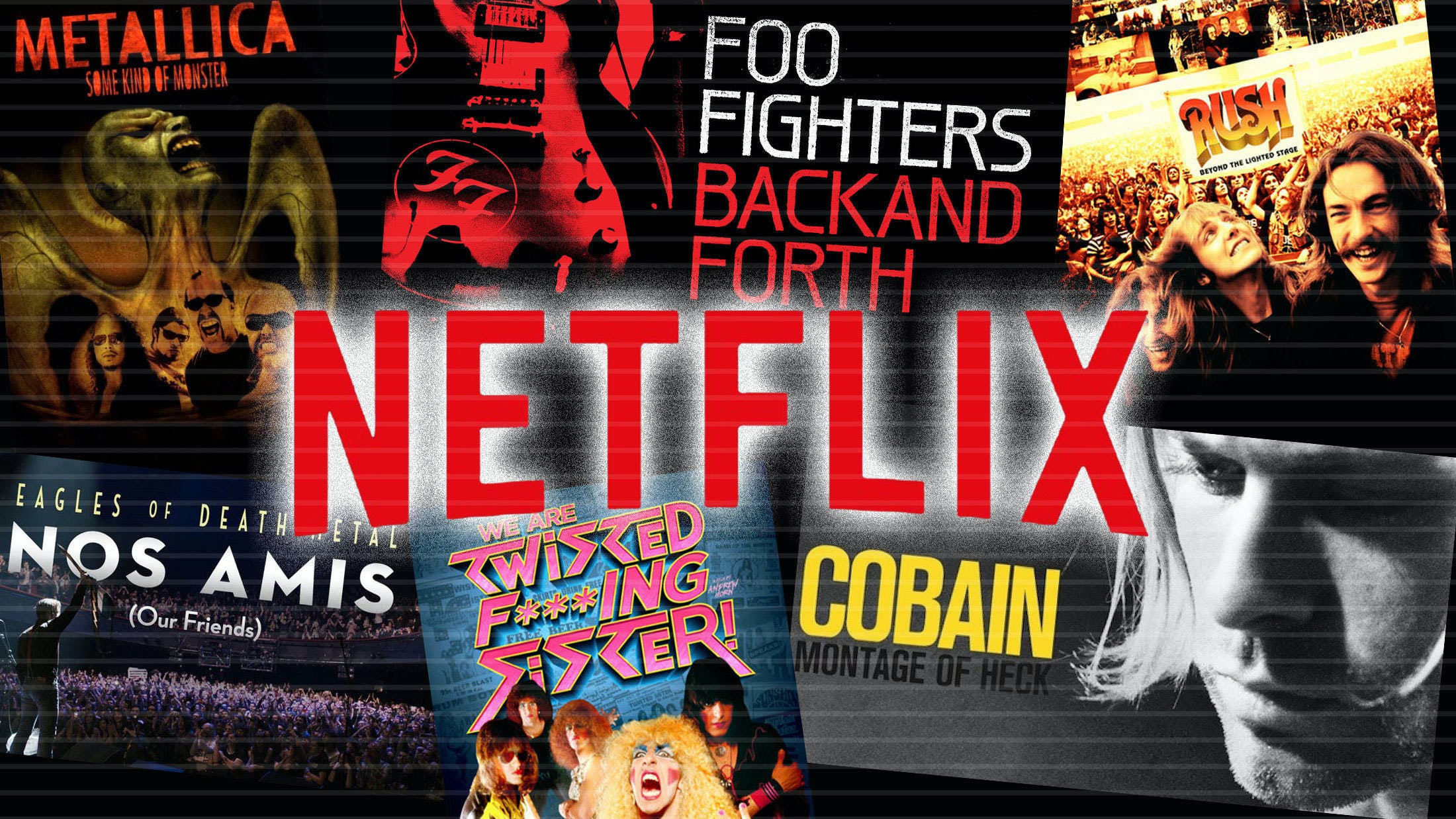 It’s been 37 years since filmmaker Martin Di Bergi trailed a British rock band on their first ever tour of the United States and created the explosive documentary, This Is Spinal Tap.

The film, which was released two years later, quickly became the benchmark for all inquisitive documentarians. And, in the wake of its success, some cynics have suggested that the film wasn’t real and intimated that the band were simply a parody, such is the authenticity of the footage and the cruel nature of the music business.

Sadly, the film is no longer on Netflix UK – or indeed, it’s transatlantic counterpart. So what rock documentaries, or, if you will, rockumentaries, are available to stream?

But hey, enough of our yakking. Whaddaya say? Let's boogie!

This 141-minute doc examined the turmoil surrounding Metallica following the shock departure of bassist Jason Newsted and their attempts to piece together their eighth studio album, St. Anger.

Directed and produced by Joe Berlinger and Bruce Sinofsky – the duo responsible for the compelling West Memphis Three documentary Paradise Lost, for which Metallica allowed the use of their music – Some Kind Of Monster shows the band scrutinising their deep-rooted fears and anxieties with sports performance coach and sweater enthusiast Phil Towle. The story’s arc focuses on the somewhat fractious relationship between the band’s two founding members, Lars Ulrich and James Hetfield, who entered rehab during the songwriting sessions for the album. Add Ulrich’s crusade against Napster and a particularly awkward conversation with former guitarist Dave Mustaine, and Some Kind Of Monster reveals itself as a human snapshot of men attempting to understand each other and themselves.

On paper, the idea of a documentary about a recording studio might sound a little dry. We’re sure there are films of tired producers hunched over faders and discussing ‘warm mics’, but not today, thank you. Sound City is so much more than that.

When the Van Nuys facility finally closed its doors in 2011, Foo Fighters frontman Dave Grohl bought several items from the owners, including a Neve 8028 mixing console. This documentary marks his directorial debut and is a love letter to Sound City which birthed Nirvana’s 1991 album, Nevermind. It’s a film of two halves, with the first looking back at the history of the studio, and the iconic bands and artists who passed through its doors. The second part sees an all-star cast led by Grohl – including Paul McCartney, Stevie Nicks, Corey Taylor, Josh Homme, Trent Reznor and Fear’s Lee Ving – lay down some fresh jams using the original console. The recordings were released as a companion piece, titled Sound City: Real To Reel. The following year, Grohl expanded his director’s CV with the HBO eight-part series, Sonic Highways.

This is the first fully-authorised documentary about the late Nirvana frontman (other Kurt documentaries are available). Directed by Brett Morgen (The Kid Stays in the Picture), Montage Of Heck traces Cobain’s life from his formative years in Aberdeen, through his unsettled adolescence, to Nirvana’s rise from cult favourites to multi-million selling grunge heroes and his tragic death aged 27.

Using animated sequences, unseen home video and archival footage, as well as revealing interviews with his mother Wendy, his widow Courtney Love, and bandmate Krist Novoselic, Morgen’s film is a fascinating and intimate portrait of a man at odds with the global fame he craved.

Brought to you by Banger Films’ Sam Dunn and Scot McFadyen – the Canadian duo responsible for Metal: A Headbanger's Journey and Iron Maiden: Flight 666 – this in-depth doc details the four-decade career of one of the world’s most enduring yet unfashionable bands. Featuring in-depth interviews with Rush members plus a Record Store Day-sized queue of rock stars and industry players, this is 106 minutes of sheer prog heaven.

Andrew Horn’s documentary focuses on Twisted Sister’s gruelling decade as a band trying to break out of their Long Island bar scene. Featuring interviews with the band and rare archive footage, this entertaining film reveals the extraordinary lengths these New Yorks went to secure their place in hard rock history.

Back And Forth is an unflinching look at the history of the Foo Fighters, directed by Grammy award-wining documentarian James Moll. From the band’s beginnings as a Dave Grohl solo project following the death of Kurt Cobain, to the making of their 2011 album Wasting Light, this 100-minute film charts their ups and downs, line-up changes and drummer Taylor Hawkins accidental drug overdose in 2001, which left him in a coma for two weeks. The film scooped a Grammy Award in the Best Long Form Music Video category the following year. Whether you’re a die-hard Foos fan or merely have a passing interest in watching moving images, Back And Forth offers a compelling insight into the mechanics of how a stadium-sized act operates.

Who The Fuck Is That Guy? The Fabulous Journey Of Michael Alago (2017)

One-time Anvil roadie Sacha Gervasi – and writer of the 2004 Tom Hanks film, The Terminal – makes his directorial debut in this rockumentary about his former employee’s struggles in the music industry. While many of their 80s contemporaries went on to sell millions of albums, these one-time Kerrang! cover stars (issue 43, 1983), faded into obscurity and relied on day jobs to pay the bills. The film explores the brotherly bond between frontman Steve ‘Lips’ Kudlow and drummer Robb Reiner as they embark on a soul-destroying European tour, the stressful recording sessions for their album This Is Thirteen, and an invitation to perform at a Japanese three-day festival. Anvil! is a truly inspirational film which echoes Spinal Tap’s fortunes more times than the band would probably care to admit.

The 2013 documentary, 20 Feet from Stardom, explored the lives of the backing singers who supported some of the biggest names in music. Now rock’s unsung heroes are given their moment in the spotlight during this engaging 98-minute film. Produced by Five Finger Death Punch guitarist Jason Hook, Hired Gun features a glimpse into the world of session and touring musicians, with interviews with Jason Newsted, Steve Vai, Kiss drummer Eric Singer, former Ozzy bassist Rudy Sarzo, and John 5. “It’s a music documentary with passion and talent at its core, digging deep and ripping the curtain back to expose what it’s really like to tour and record with the legends,” says director Fran Stine.

On the evening of November 13, 2015, Eagles Of Death Metal were headlining the Bataclan club in Paris when three ISIL terrorists entered the venue and murdered 90 fans, in an orchestrated attack which left a further 40 dead in cafes, bars and restaurants across the city. Director Colin Hanks (All Things Must Pass: The Rise And Fall Of Tower Records) explores the lifelong friendship between the band’s two founding members, Jesse Hughes and Queens Of The Stone Age frontman Josh Homme, the traumatic events which unfolded on that autumn evening and the band’s emotional return to the French capital.