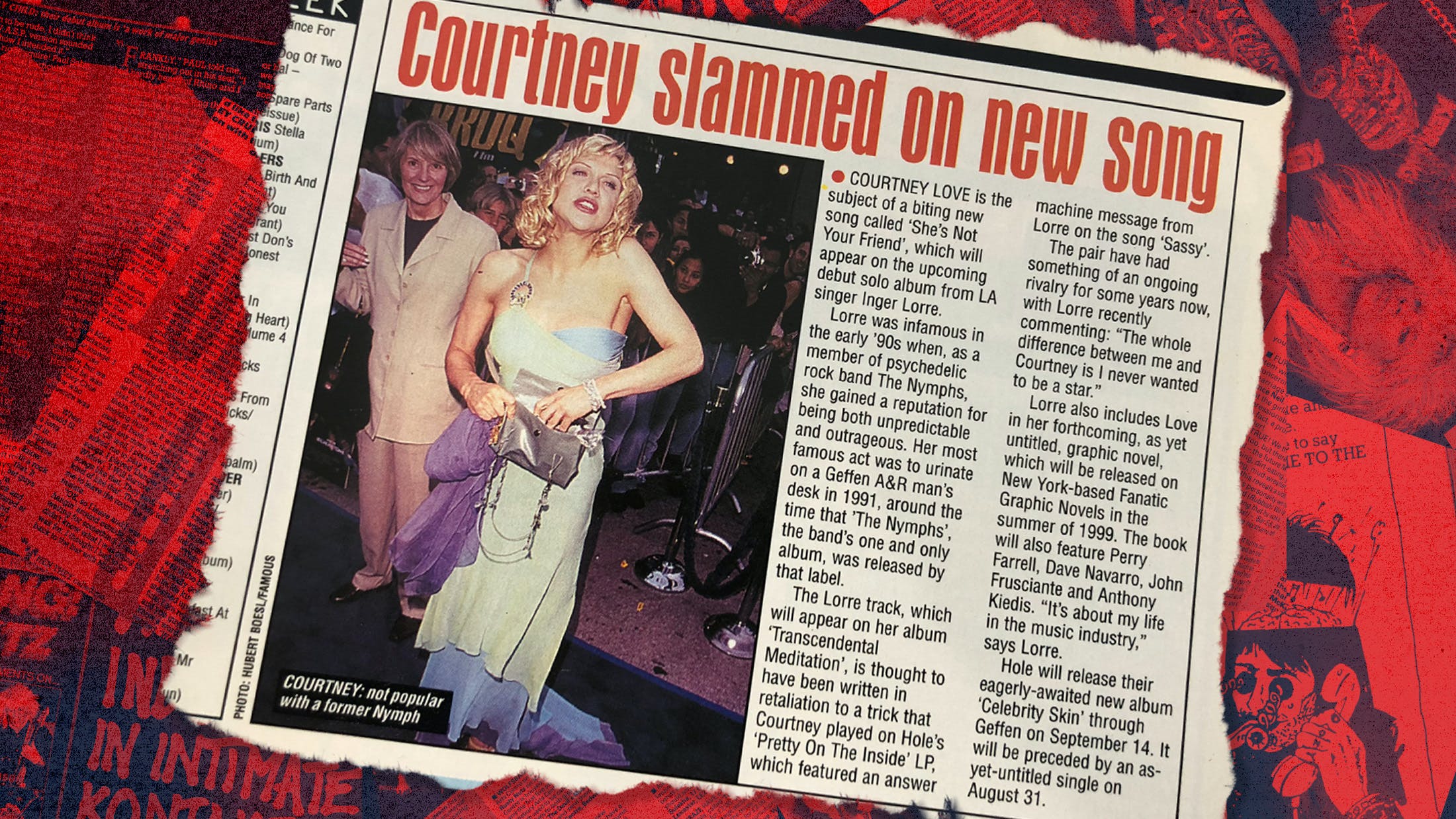 If there's one thing Courtney Love loves, it's a feud. And she's had plenty over the years.

There was her 30-year spat with Dave Grohl and Krist Novoselic following the dissolution of Nirvana; the time she fought a conspiracy theorist to stop him having photos of Kurt Cobain's body leaked (fair enough tbh); she went up against daughter Frances Bean's ex-husband, after he accused her of having him kidnapped over one of Kurt Cobain's old guitars; and there was the bad blood between her and singer Gwen Stefani, when Courtney claimed to have slept with her husband Gavin Rossdale and branded Gwen a "cheerleader". A comment which supposedly inspired Gwen to write Hollaback Girl in 2004.

Every week we have a dig through the Kerrang! magazine archives, and in this week's we discovered that Courtney getting called out in song goes back a little further than that...

Enter: 1998 track She's Not Your Friend, by Los Angeles-based singer Inger Lorre (formerly of New Jersey alt.rock band, The Nymphs), the subject of a news story in the August 8, 1998 issue of Kerrang!.

The song, which appeared on Inger's 1999 album Transcendental Meditation, was apparently written in retaliation, after Courtney used an answer machine message from Inger on a track called Sassy (below), on Hole's 1991 Pretty On The Inside LP.

"The whole difference between me and Courtney," Inger sniped at the time of the pair's ongoing rivarly, "is I never wanted to be a star."