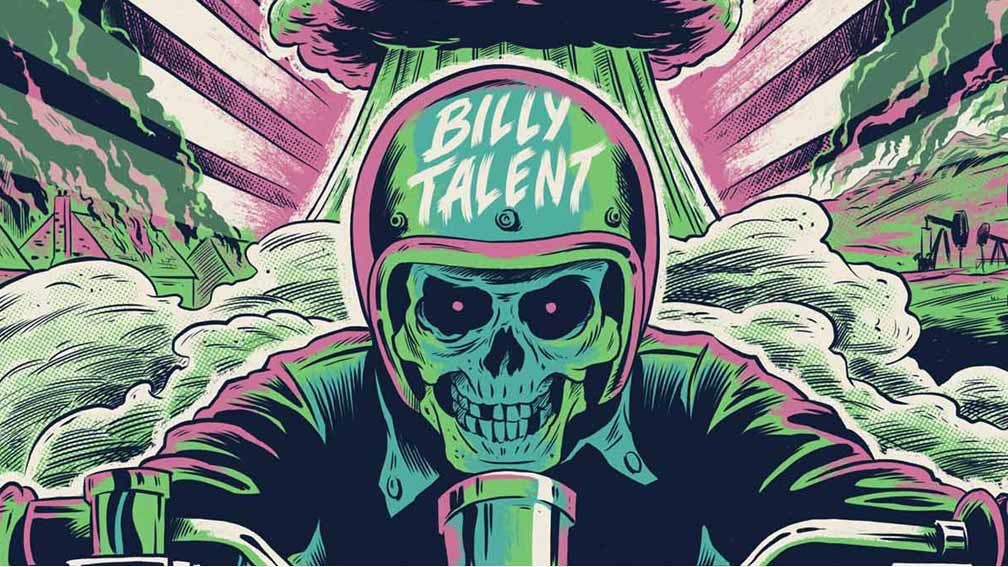 Like the villain in a successful slasher movie franchise, rock bands always come back. But it’s how you come back that really matters.

That’s something Billy Talent have clearly been contemplating long and hard. After all, they’re now almost three decades deep into their career and it’s been six years since these multi-platinum punks last released an album (2016’s sporadically great, occasionally grating Afraid Of Heights).

In that time, BT have got used to having a new drummer in their ranks – Alexisonfire sticksman Jordan Hastings is still adroitly covering for Aaron Solowoniuk, who stepped back from the band to cope with his MS – while the world as we knew it has been turned upside down by a pandemic, global political upheaval and a live music hiatus that has robbed bands like Billy Talent of their entire raison d’etre.

So it’s perhaps no surprise that, on first listen, Crisis Of Faith – like those pesky masked killers in the movies – seems to be all over the place. Some of these songs first surfaced over two years ago, after all, while the patchwork of sounds and moods across the finished product is so erratic it will probably soon be placed in charge of UK government coronavirus policy.

But dig deeper and you’ll find that, just as with the recently rebooted Scream franchise, Crisis Of Faith manages to subtly shift its protagonists into the modern age, while retaining just the right amount of callbacks to former glories. The end result is hardly jam-packed with jump scares, but there are more than enough surprises here to keep you wondering what the hell might be coming next.

So, while the album kicks off with six-minute prog rock odyssey Forgiveness I + II, which features everything from pulsating Muse-style electroriffs to a supremely mellow sax solo (Canadian Rhapsody anyone?), it’s counter-balanced by the righteous 90-second Dead Kennedys-esque punk fury of Judged ('Goddamned motherfucker with that old-world plan / I swear some day we’ll be rid of your clan,' spits singer Ben Kowalewicz, memorably). And while Reckless Paradise makes some deadly serious points about a world both metaphorically and literally on fire, Hanging Out With All The Wrong People is the sort of goofy pop-skank that you might expect of The Offspring in their lighter moments.

Some of these disguises look better than others – as highly enjoyable as Rivers Cuomo’s breezy cameo on End Of Me is, it does essentially transform Billy Talent into a Weezer tribute act. But as Ben, on impressively screamy form throughout the album, notes on that very song: 'I’m getting so tired of preaching to the choir.'

True, BT’s determination to try new things, combined with the radio-friendly sheen and pop positivity of songs such as I Beg To Differ (This Will Get Better) and For You, could be seen as evidence of yet another once-alternative band drifting further into the mainstream. But there’s more than enough invention, anthemic punch and, crucially, fun here to mean that Billy Talent’s return – like Ghostface’s recent revival – retains its killer edge. And, ultimately, this is one Faith you’ll want to keep.

For fans of: Foo Fighters, Muse, The Smashing Pumpkins

Crisis Of Faith is released on January 21 via Spinefarm Records.

Listen to Billy Talent's new single End Of Me, featuring Rivers Cuomo, taken from their new album Crisis Of Faith