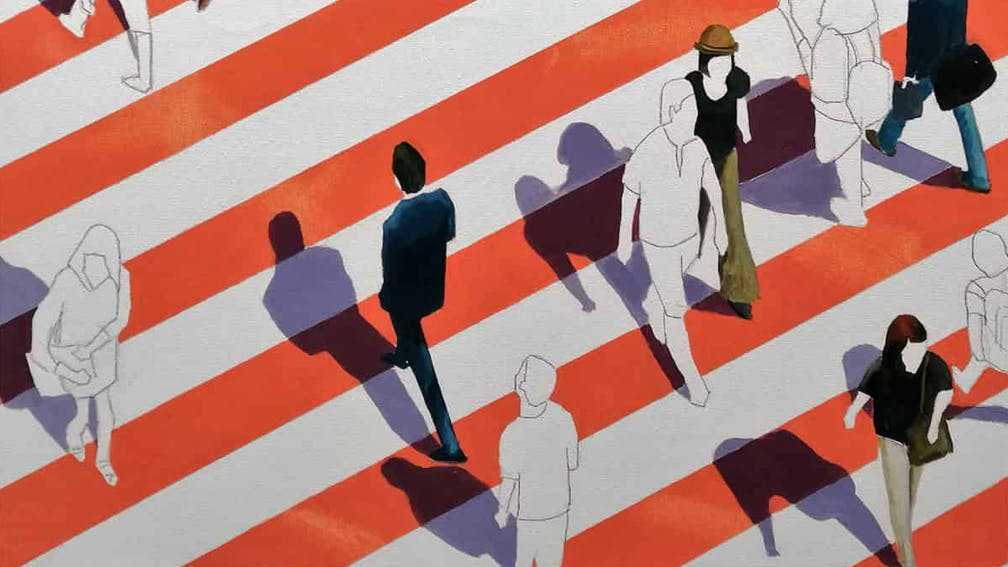 A far cry from the in-your-face, anthem-chasing young band that made beloved 2011 breakthrough album Free, Twin Atlantic have shapeshifted in recent years into a more mature and distilled radio-rock outfit. At times, it’s felt like the spark has fizzled out – there was little on last LP Power, for instance, that could match career highlights Heart And Soul or Make A Beast Of Myself – but in Sam McTrusty, they possess a fine and charismatic songwriter, and there are moments on Transparency where his creativity truly thrills.

Two of the album’s best moments come by way of recent single choices. Dirty, the best thing on Transparency, is imbued with the fire that burned in the Twin Atlantic of old, Sam recently revealing how the track is one about “things that on the surface are great, but have a darker background”. There’s a sense of fun to the song, too, something echoed on the quirky Bang On The Gong. It’s a little jarring hearing a band who’ve penned such earnest, emotionally-charged material in the past do something so carefree and, well, daft, but there’s no denying it’s got something, and an example of the personality Sam brings to their sound.

For those craving the band's more serious side, excellent piano ballad It’s Getting Dark will scratch that itch, even if its impact is somewhat offset by Transparency’s ropier moments, with goofy alt.rockers One Man Party and Dance Like Your Mother being two instances where things just don’t feel like they’re working.

Ultimately, there are enough ideas on display here to just about see Twin Atlantic right. While it may not be a clear-cut success, Transparency does prove once again that its creators have it in them to be bloody great.

For fans of: Weezer, Don Broco, You Me At Six

Transparency is released on January 7 via Believe