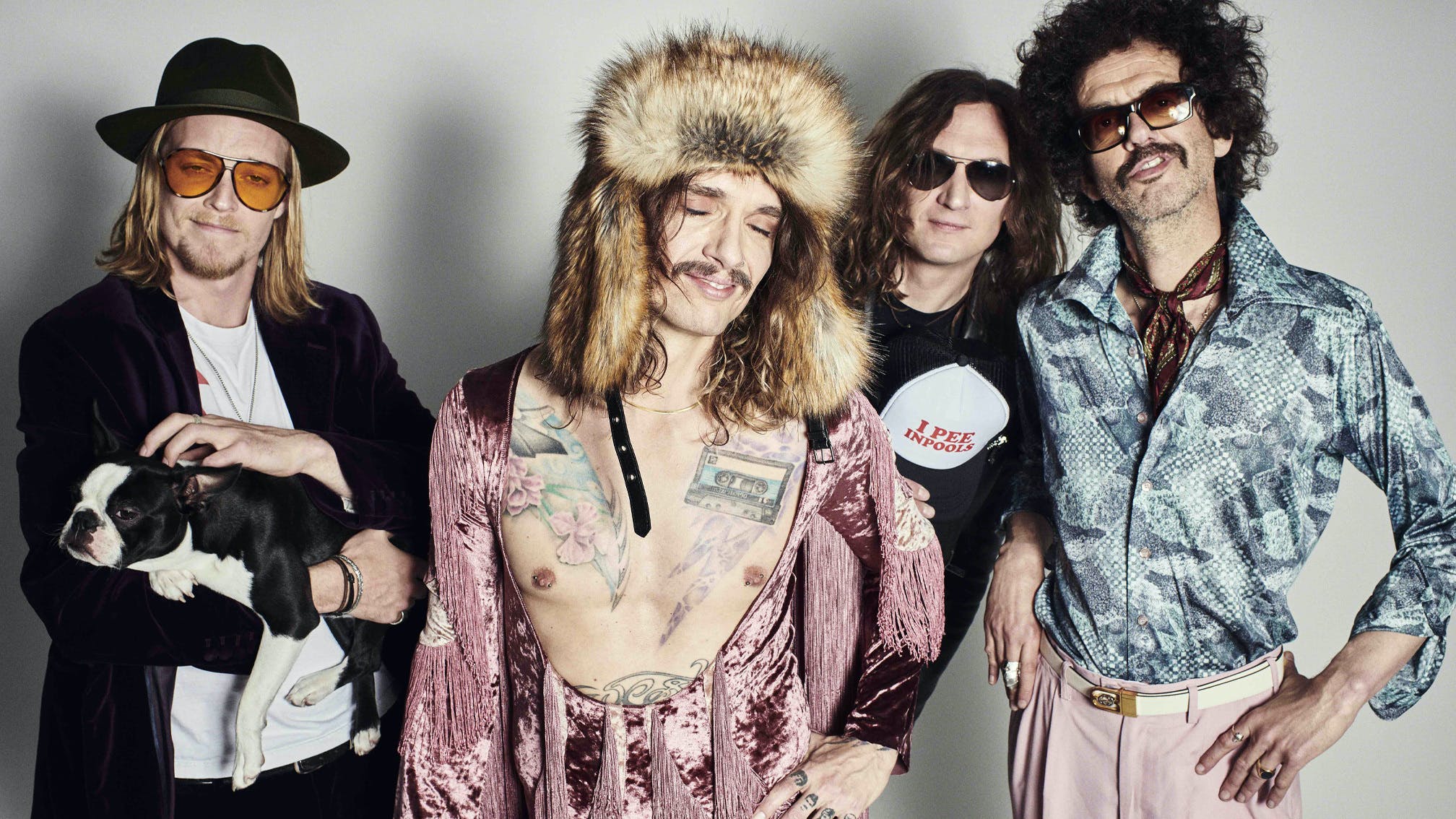 The follow-up to 2019's Easter Is Cancelled is due out on October 15 via Cooking Vinyl, with its lead single arriving in advance next month (a press release promises the LP has "their trademark blazing guitar riffs and solos, soaring falsetto and immeasurable rock'n'roll extravagance").

On top of that, The Darkness have revealed they'll be hitting the road with Steve Harris' British Lion on the Motorheart tour later this year, taking in 22 venues throughout the UK in November and December.

"The time has come, the walrus said… to put your fookin pants on your head and rock like Satan is eating your private parts with a pointy fork!" announces frontman Justin Hawkins. "Yes, we, The Darkness, are the fuck back on tour, praise Satan’s better half… come and party with us like it’s the last orders at the last chance saloon. Which it may well be, but I wouldn’t like to comment any further on that.

Read this: The most expensive rock and metal albums of all time

"Get in kids, it’s The Darkness, wot you knows and luvs, plus British Lion – Steve Harris’ top rock band who are guaranteed to blow your socks straight up your welcoming arses. What a night! Delirium! Outfits, including hats! Denim that smells of hamsters! Who doesn’t want that? See you down the front, connoisseurs of the finest that life has to offer…"

Brace yourselves – and prepare your socks?!

Catch The Darkness and British Lion on the Motorheart UK tour:

Read this: The Darkness’ Justin Hawkins: 10 Christmas songs that changed my life