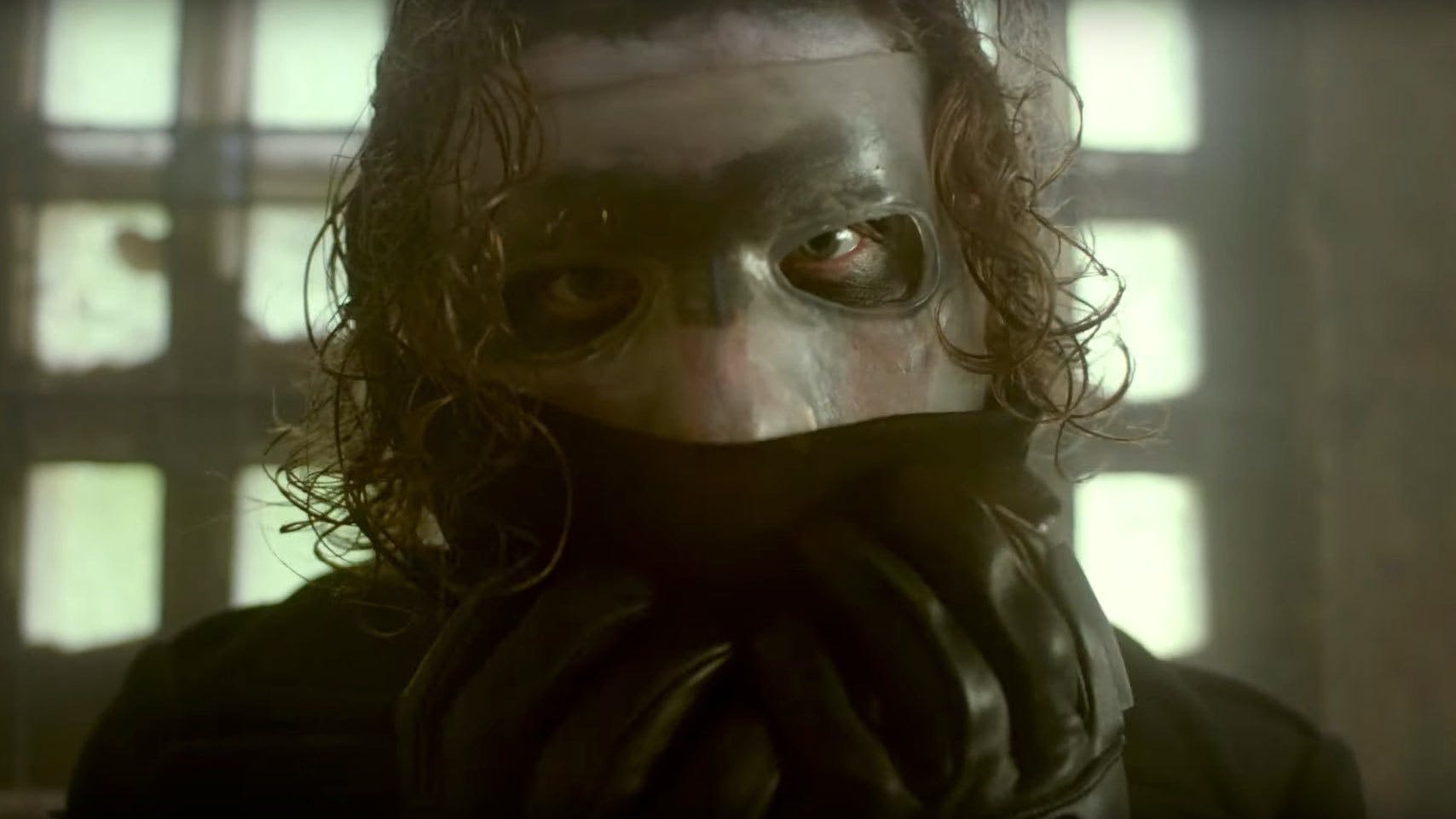 Over the past five years, Slipknot have been continuing their quest for global domination. World tours, headline festival sets, their own festival… it’s a good time to be a maggot. Even when Corey took time off to make a new Stone Sour record and Clown made his directorial debut with Officer Downe, there was always something in the ether, an undercurrent of ‘Knot waiting to burst free. Now it’s finally here…

Dubbed Unsainted, this is the first single to be released from Slipknot’s sixth album We Are Not Your Kind. And in short, they are back.

The slow, eerie fade in with jangling guitars and creepy electronics merges with an angelic choir to create something we’ve never heard from the Iowans before. It’s a virtuous, almost cleansing sound, but slowly and surely, the nine-headed killing machine clicks into gear, adding one more destructive element at a time. The rumbling drums and the chainsaw guitars work in tandem to create this aura of dirt, while Corey’s vocals soar overhead, echoing the choral voice. And we have to say, since he’s quit smoking, his cleans are so much more powerful.

But then we fucking go.

Unsainted nosedives into a high-octane pummelling of that classic Slipknot sound, reminiscent of the All Hope Is Gone era in terms of production and tone. There’s grit under its fingernails, but also a desire to stretch those palms wide, sounding as huge as possible, calling to mind the likes of Sulfur and Dead Memories with its clean-harsh-clean structure.

Of course, you can hear Clown battering the hell out of some inanimate object in the background, but it’s Jay Weinberg’s percussion that really elevates the track, throwing in cheeky fills and trying to snap his kneecaps with chaotic double-bass. Elsewhere, the twin grunting guitars add a darkened groove to Unsainted, pushing the song forward at a rate of knots, destroying everything in its path.

There’s the signature call and response between Clown and Corey for the die-hard maggots to bark along to, but it’s the dirgey breakdown that’s going to whip the pits into mosh pudding. With Sid Wilson at the helm, Mick Thomson and Jim Root trudge through the murk, adding layer upon layer of heaviness and menace – it’s impossible not to nod your head and grimace as Corey snarls 'I was all that you wanted and more, but you didn’t want me, I was more than you thought I could be,' before the slow build into one final anthemic chorus.

The choir return low in the mix as all nine (yes, there are nine) explode in a hellacious bout of metallic mayhem, showcasing all that Slipknot have to offer, before the sudden end.

We don’t know how Unsainted plays into the rest of the record, but with Jim saying “Slipknot wanted to make an album experience,” this could be just one piece of a larger concept. Clocking in at four minutes and 20 seconds, it seems like the band are still keen on exploring longer songs, experimenting with structures and sonics to create something truly unique, truly Slipknot.

Sure, this initial single isn’t as raw or violent as Metabolic or New Abortion, but that was never going to be the case. The Iowans have been on a search for discovery since the beginning, and they’re not in the same headspace as Eyeless anymore. That said, while Unsainted treads that line between accessibility and aggression, there is undoubtedly going to be some seriously gnarly shit on the new album.

In a way, it’s a companion piece to All Out Life. While that track harked back to their first two records, Unsainted bridges the gap between the two distinct eras of Slipknot. It has the blood of Vol. 3 and All Hope Is Gone running through its veins, and as long as that heart is still beating, we’ll be here to listen. Long live the Knot.

we are not your kindSlipknot