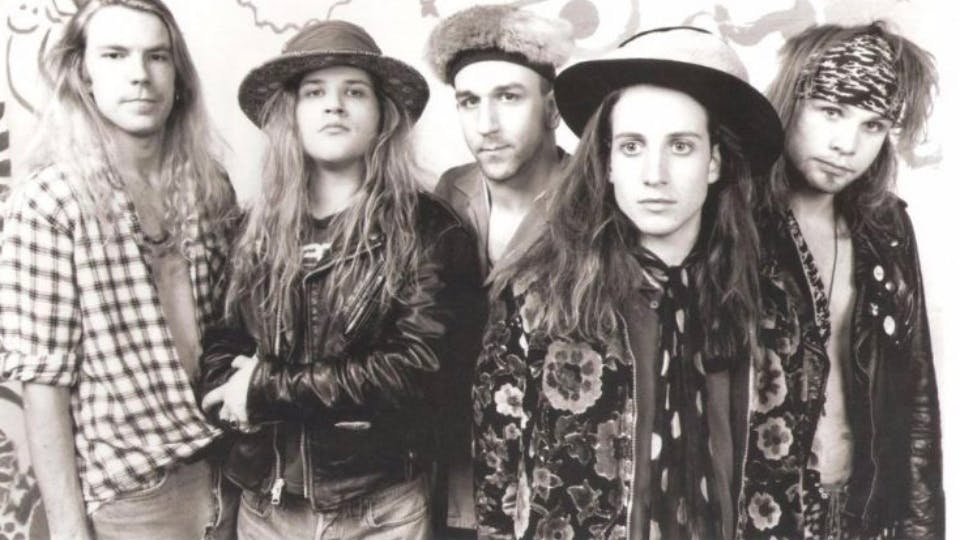 It’s early spring 1990, and Seattle’s Paramount Theater is packed-to-the-rafters, a fact that would have put a huge smile on the face of the man whose name is on the marquee outside. But that man – L’Andrew The Love Child, AKA Andrew Wood – is dead. This is his memorial, and the nascent rock scene percolating in America’s Pacific Northwest will never be the same again.

“The funeral was very surreal,” remembered Wood’s best friend and flatmate Chris Cornell of Soundgarden, years later to the makers of Malfunkshun: The Andrew Wood Story. “I was happy for him, because it was packed, and they were showing films of him performing. He was a fuckin’ rock star the day he was born – it didn’t matter if he’d never sold a single record. He was the only rock star I ever met.”

Wood was born in 1966, the youngest of a troubled family whose internal ructions he tried to soothe from childhood, with his larger-than-life personality and love for entertaining. As a kid, Wood was equally besotted with Elton John and KISS; later, he’d later adopt an onstage persona that was all glittery top-hats, whiteface make-up and silk and satin costumes. He was 14 when he formed his first band, Malfunkshun, with older brother Kevin – the pair stayed home Easter Sunday 1980 when the rest of their family decamped to his grandmother’s, and by the time their folks had returned, they’d cooked up their first demo-tape.

READ THIS: 11 songs bands have written about other artists

Malfunkshun soon found themselves a part of the vibrant local music scene operating within Seattle’s network of underground clubs, the group’s progress momentarily scuppered when Wood’s burgeoning smack habit sent him to rehab in 1985 (he confessed in therapy that his second girlfriend had introduced him to “STDs and shooting drugs”). Upon his return, Malfunkshun appeared on Deep Six, a compilation album that also featured friends like Soundgarden, Melvins and Green River. But Wood’s larger-than-life stage presence set Malfunkshun apart from their contemporaries; he craved playing stadiums, quipping that he’d “even support Warrant” to make that dream come true, and performed as if the shabby back-rooms that were Malfunkshun’s stomping grounds were, in fact, Madison Square Garden. “I saw them in Olympia, and I fell asleep in my chair,” Nirvana frontman and notorious narcoleptic Kurt Cobain remembered. “Andrew sang to me all night, and danced around me, and made fun of me. I felt like a heel when I woke up.”

However, Deep Six would prove Malfunkshun’s sole release in the band’s lifetime; the group quietly imploded as Wood’s attentions turned to his new group, Mother Love Bone. Formed in 1987, in the wake of Green River’s split – future Mudhoney singer Mark Arm had begun to find his band-mates’ ambitiousness “laughable” – Mother Love Bone paired Wood with guitarist Stone Gossard and bassist Jeff Ament. Their “Love Rock” perhaps owed more to glam-rock and Guns N’Roses than the sludgy local grunge scene, but it was the perfect vehicle for Wood’s voluminous starpower, and in 1989 their Shine EP became the very first major-label release by a 'grunge' act.

Shine won favourable reviews in the press, especially for its closing track, an epic, piano-driven piece Chloe Dancer/Crown Of Thorns that wore Wood’s love for Elton John on its sleeve, but took the rock ballad paradigm to dark, transcendent places – a portrait of a relationship ruined by drugs that found its own beauty in the broken pieces. Inspired by the EP’s success, Mother Love Bone cut their debut album, Apple, and Wood returned to rehab, in anticipation of its success. But, having gotten clean and losing his resistance to the drug, he fell off the wagon one night and mistakenly overdosed on heroin days before the album was due for release, falling into a deep coma from which he’d never recover.

The tragedy shattered Seattle’s music scene, which came together to mourn its lost star, later inspiring filmmaker Cameron Crowe’s Seattle-set movie Singles. Heartbroken, Cornell went on to pen a couple of Soundgarden’s finest songs – Mind Riot and Outshined – in Wood’s honour, while a couple of further Wood-influenced songs, Say Hello 2 Heaven and Reach Down, kickstarted his Temple Of The Dog side-project, which united Gossard and Ament with guitarist Mike McCready and singer Eddie Vedder. That quartet, of course, went on to form Pearl Jam, who made their debut at Seattle’s Off-Ramp Café almost six months to the day after Wood’s death.

Pearl Jam went on to enjoy success beyond even Andrew Wood’s wildest dreams, and later worked Chloe Dancer/Crown Of Thorns into their setlist. After performing the song at Madison Square Garden in 2003, frontman Eddie Vedder looked out across the grandiose venue and said, “I think Jeff and Stone will back me up on this – Andy would have loved it here.”