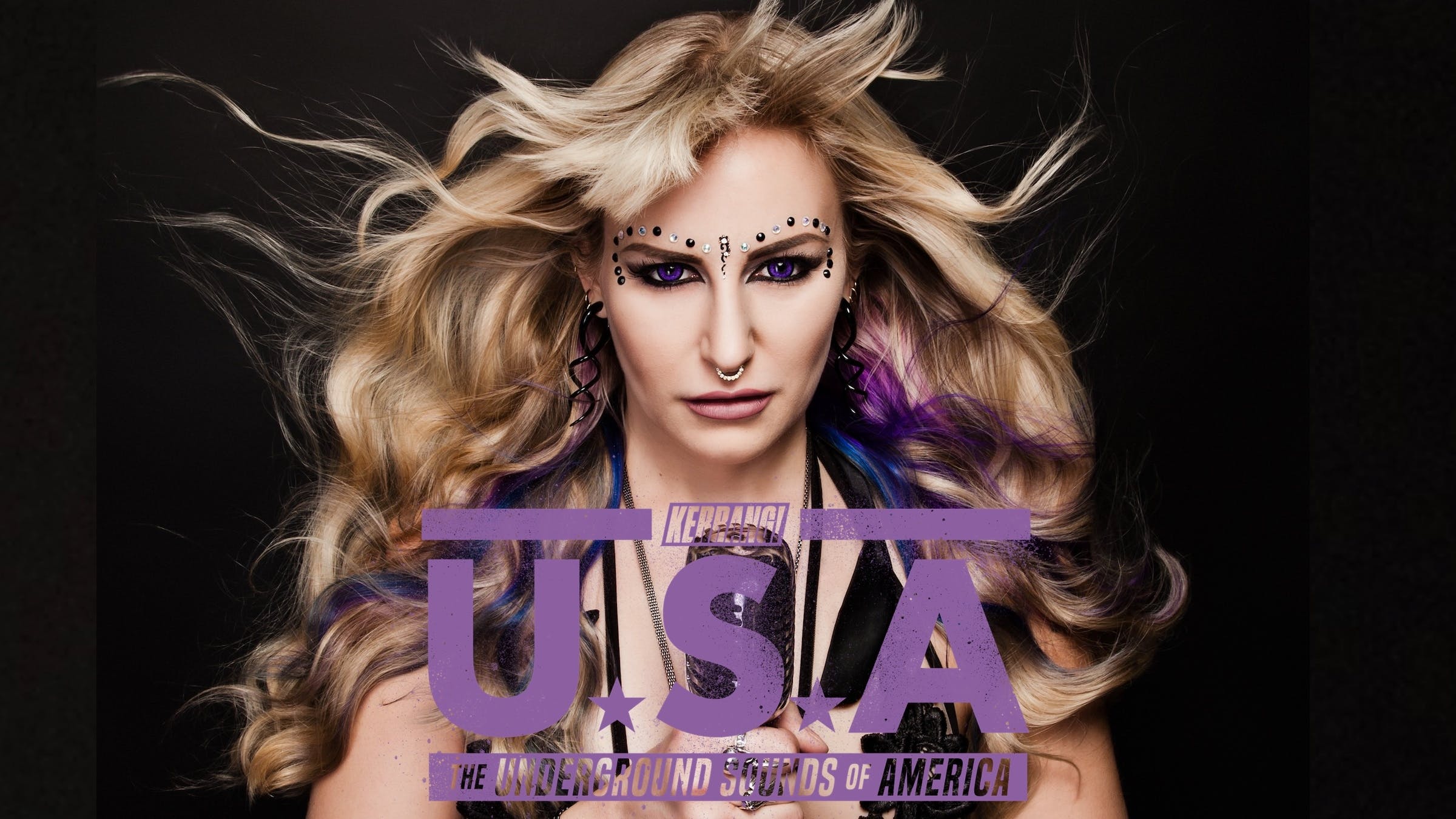 It’s not enough for Iva Toric to sing or play for someone else’s project. The Bay Area-based multi-instrumentalist has played in different bands over the years, and is now ready to launch her solo career, a mixture of elemental doom metal and haunting folk that feels as shadowy and compelling. And while one-person projects are a time-honored tradition in the metal underground, rarely do they have the broader commercial appeal that hers does. For Iva, wearing so many hats in a project can be difficult, but she still finds aspects of writing that make the struggle worthwhile.

“I think writing and recording harmonies is the most satisfying part of the process,” says Iva. “Trying different notes and finding the perfect one that works with everything else that’s going on in the recording is the best feeling. As for frustrating or tiresome, I wish I was better at speaking the language of music theory. I’ll spend a lot of effort describing how I want something to sound only to find out there is a word for it that puts us all on the same page instantly! I’m getting better at it.”

The result of this journey is The Devil’s Mark, Iva’s solo debut. Full of ethereal vocal arrangements full of yearning sadness over throbbing downer-rock riffs, the album showcases both a love of music’s inspiring artistry and an emotional hostility aimed at the world. The album’s first single, Dark Side Of Me -- the video for which is premiering exclusively below -- shows off Iva’s syncretic approach to dark culture, mixing the organic darkness of Uada, the psychedelic hues of Soundgarden, and the goth elegance of Maria Brink. Thematically, the song explores the singer’s personal struggles with depression -- something that her work as an artists has allowed her to overcome, or at least escape from.

“I’ve been using music to overcome personal challenges throughout my life,” says Iva. “I had a difficult childhood and played music as an escape from the stress and trauma of my life. Playing in bands helped me build deep friendships and community. I was fortunate to have access to community music programs growing up. As an adult, I studied marimba and later started singing lessons when I needed a distraction from a frustrating career. I write song lyrics based on my life, my experiences, or experiences others have had that I deeply relate to. So, music has been a part of my life coping skills for as long as I can remember.”

Watch our exclusive premiere of Iva Toric's Dark Side Of Me below before learning about Iva's history, process, and just how far into the cauldron she goes.

READ THIS: How paganism is influencing a new breed of heavy artist

1) Who would you say are your five biggest musical influences?

I usually find it difficult to separate the music I personally enjoy from music that may have influenced the way I sing or the way I write songs. With that said, I think Alice In Chains has influenced my love of intricate vocal harmonies as well as my tendency to juxtapose deeply personal lyrics with a heavy sound. The grunge and alternative rock sounds of the ’90s were always on my radio growing up, so my style in general is influenced by Soundgarden, Smashing Pumpkins, Nirvana, Stone Temple Pilots, and anything else you would have heard on alternative rock radio in the ’90s.

I learned to growl sing from listening to early Opeth. Opeth also gave me an appreciation for nonstandard chord progressions, odd meters, and weird musical transitions with a nod to 1970s progressive rock. I’ve also loved the dark, mysterious vibes of Katatonia’s music for a long time. I think their songwriting is stellar in that it’s musically complex but easy to breathe in and absorb.

2) Do you feel being from the Bay Area specifically informs your music, and if so, how?

San Francisco is an open and accepting city and the people are generally non-judgmental, so I’ve really felt free in expressing myself here. It has provided a creative and accepting environment for my music to flourish. My vocal coach here is fantastic and she encouraged me to start writing songs. The encouragement and acceptance I’ve received from my community here has been paramount to my success.

3) If you could put together your dream tour, who would be on it?

I’d love to tour with Ghost. I think theatrically we would put on a visually stunning show and would probably share some fans. I bet touring with Arch Enemy would be awesome since their frontwoman Alissa White-Gluz and I are both vegan. We would have the best food, for sure. But any tour that gives me a chance to share my music with people who find personal meaning in it is a dream tour for me. If I can reach one person and make them feel like they are not alone, I’ve done my job.

4) Where does a song begin for you? Is it lyrics, subject matter, riffs?

All of the above. I approach songwriting with a free spirit, and I try to let a song form without forcing it to fit within a certain process. For example, Dark Side Of Me began with the subject matter. I wanted to write about my struggles with chronic depression and I sat down at the keyboard and started playing and wrote the music and lyrics at the same time. Victim started with a guitar riff and Goodbye started with a keyboard riff. Actions Speak Louder was a poem I wrote on a park bench that I adapted into a song. I let the songs find me however they want.

5) Your sound and feel in tune with modern paganism and witchcraft culture -- is that something you celebrate, or practice?

The aesthetics of modern paganism and witchcraft culture are beautiful to me. I love black clothing, long hair, powerful female imagery, tattoos, crows and I try to be in touch with and respectful of nature and animals, but I don’t practice or identify as being part of any particular culture. I just try to be a good person overall and tend to like the darker things in life.

Iva Toric's The Devil's Mark is due out this fall. Keep up with her via her website.

READ THIS: What going vegan for a month taught me about hardcore