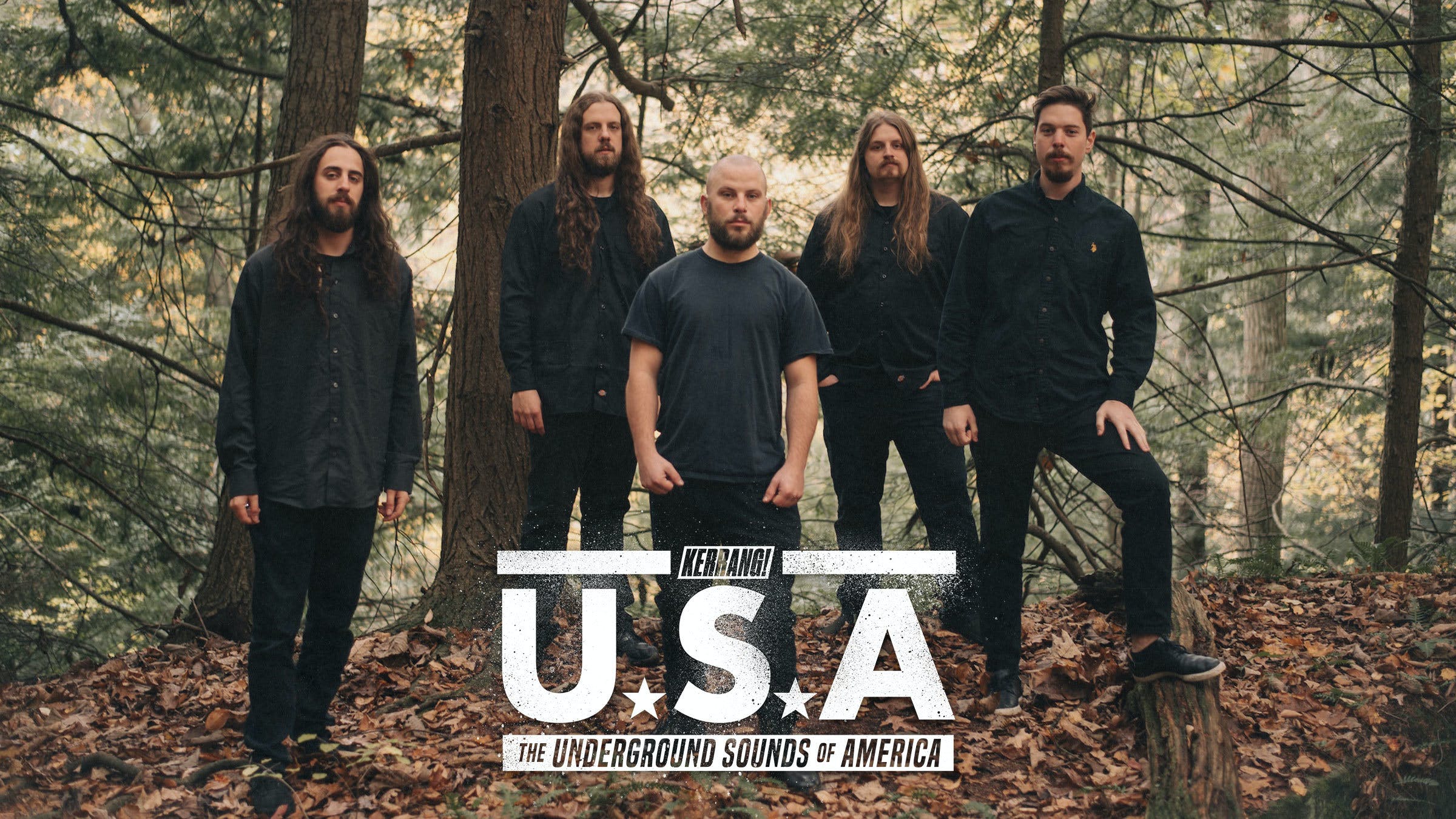 Of their many accomplishments, Rivers Of Nihil’s most impressive feat is making listeners reconsider what death metal can be. On the one hand, the Reading, Pennsylvania, quintet’s music is full of all the groaning riffs, thundering double bass, and snarling vocals that any self-respecting hesher could possibly ask for. On the other, the moments of melancholy acoustic guitars and unorthodox instrumentation found throughout their songs breaks their overall sound out of the underground mold, offering fans of traditional extreme metal a new, delicious variation on one of their favorite meals.

Such an uncommon feast is Where Owls Know My Name, the band’s 2018 release, which brings aspects of folk, jazz, synthwave, and Latin music into the band’s already diverse repertoire (the sax solo on The Silent Life could come out of a Billy Ocean song, but feels perfectly at home sandwiched between death march riffs and soaring solos). The result is a record that feels ambitious and experimental but not pretentious and insistent.

“All of the new elements and instruments added to Owls were sort of happenstance occurrences,” says vocalist and bassist Adam Biggs. “We had access to these great guest musicians and instruments and figured we only had ground to gain by exploring what we could do with them. As far as [including them in] the future, that’s still a mystery, but a mystery that we’re all talking about seriously and often.”

First up for Rivers Of Nihil is their bread and butter: a kickass tour. The band has made their name in part by being tireless road dogs, bringing a tight, kickass live show that leaves first-time crowd members hungry for more. Now, as Rivers are gearing up for this spring’s Kerrang!-sponsored Where Owls Know My Name tour with Conjurer, Entheos, and Wolf King, they’re excited to take the headlining slot with a line-up worthy of their talent and unorthodox approach.

“There are plenty of cities that we’ve never headlined in before that I’m psyched about,” says Adam. “L.A., Portland, and Seattle to name a few. Honestly I’m just really stoked for this tour overall, it’s going to be the most adventurous tour we’ve ever done by far.”

Unsure what to expect other than a killer good time, we reached out to Adam to find out how Rivers Of Nihil refine their uncommon approach...

The musical tastes and opinions in Rivers of Nihil vary pretty greatly member to member so I can really only speak for myself. The amount of influence that is actually carried from this list to the sound of the band is, therefore, up for debate. However, these are the five musical things that keep me most motivated for what it’s worth:

1. Pink Floyd
2. King Crimson
3. Cannibal Corpse
4. The Beatles
5. And my dad, who has always had a pretty profound effect on the way I hear music.

2) If you had to play a newcomer one Rivers Of Nihil song to introduce them to the band, what would it be and why?

That’s tough because I think we’ve covered so much sonic ground in such a relatively short time as a band that pointing to any one song might be a misrepresentation in a way. But if you had me at gunpoint I might say that Sand Baptism may be a good place to start. It has a good amount of all the things I think we do well as a band, and serves as a good preview of what’s to come from that point on in our limited history.

3) How did Rivers Of Nihil's sound grow or change the most between Monarchy and Where Owls Know My Name?

Well there’s the obvious instrumentation and vocal changes (saxophone, clean singing et al.) but I definitely think there’s something a bit deeper going on. We’ve always had a sort of “Leave ‘em in the dust” kind of attitude toward our fanbase stretching back to the Temporality Unbound EP, but I think that Where Owls Know My Name is the ultimate example of that so far.

We had just come off a pretty underwhelming and over-extended album cycle and we felt like we had very little to lose when we started writing this record, so all of the experimentation with our sound came from a somewhat devil may care attitude toward our musical career. It was, however, a very educational writing period that I think we’ve all grown a lot from, and will hopefully be carried forward.

4) Does being from Reading inform Rivers Of Nihil's music, and if so, how?

When I would get this question even as little as a year ago I would have said that no, it doesn’t really. But I think now that I’ve been so far away from here so often and for so long I’ve gained a slightly better scope for what the world is and who lives there, and now I don’t really see how Reading couldn’t inform who we are. Coming back to such a small, nowhere town where I feel totally anonymous, after six or so weeks of performing for people in far more interesting places than here, really does wonders for keeping your feet firmly on the ground. I think it’s that grounded nature that bleeds the most into what we write, because for however wild we get with arrangements or riffs, it always comes back to being as good a song as we can make it, that minds the fundamentals of our playing and songwriting abilities.

5) Tell me about the title of the album. Where do owls know your name, and why?

I actually misheard a lyric in a song many years ago as "Where Owls Know My Name" and it was so intriguing to me that I was excited when I learned that it wasn’t really in the song. It meant that I had a chance to explore and honor that interesting little group of words in my own way I suppose. Ultimately it represents a complete separation from other people to the point that you’d question your very humanity, and whether that idea is a curse or true freedom.

Rivers Of Nihil's Where Owls Know My Name is out now on Metal Blade. Buy it here.

Make sure to catch Rivers Of Nihil with Conjurer, Entheos, and Wolf King on their upcoming Kerrang!-sponsored tour at one of the dates below:

Check out a stream of Rivers Of Nihil’s crushing set from their Kerrang!-sponsored tour.

Get ready for walls of death, stagediving bands, and live saxophone in tomorrow's stream of Rivers Of Nihil's blistering set at Brooklyn's Saint Vitus Bar.