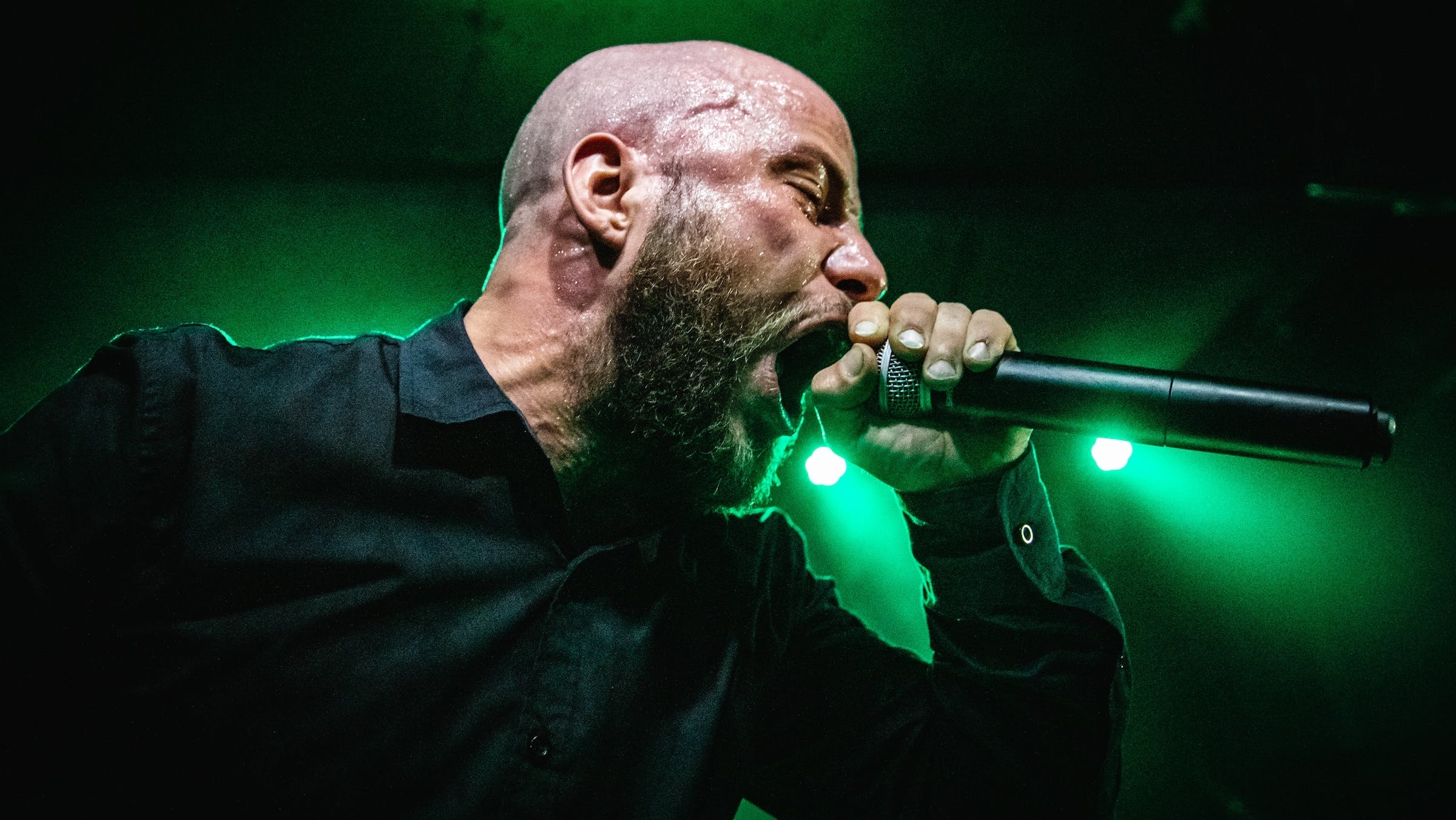 Real talk: when we announced our sponsorship of Rivers Of Nihil's U.S. tour with Conjurer, Entheos, and Wolf King, we had some selfish motivations. Sure, Rivers are one of the most exciting and interesting death metal bands in America right now and definitely deserve our sponsorship...but we also just wanted to get into the sold-out final show on the tour at Brooklyn's Saint Vitus Bar (even more so when we found out there'd be live saxophone accompaniment). So by the time the band reach Vitus, our expectations were pretty high...but we couldn't have possibly predicted what went down.

From furious beginning to sweat-drenched end, Rivers Of Nihil's set was one of the most unhinged and exciting live performances we've ever seen. The band whipped the crowd into a psychotic melee, with members of every opening bands charging their way to the front row and screaming along to the chorus of every word that vocalist Jake Dieffenbach bellowed (we saw you up there, Dan from Conjurer!). All of this was punctuated by near-constant stagediving, an unheard-of wall of death within Vitus's tiny confines, and all the sexy sax one can pack into a roiling death metal show.

Want to get in on the insanity? Head to the Kerrang! Facebook page tomorrow at 7:30pm GMT/2:30pm EST/11:30pm PST and watch our stream of Rivers Of Nihil's mindblowing set.

Not sure you want to watch? Here's a little taste of our photo gallery from the night:

For those curious as to where Rivers Of Nihil's new album name came from, Jake elaborated when he spoke to us for our Underground Sounds Of America profile on the band. "I actually misheard a lyric in a song many years ago as “Where Owls Know My Name,'" explained Jake, "and it was so intriguing to me that I was excited when I learned that it wasn’t really in the song. It meant that I had a chance to explore and honor that interesting little group of words in my own way I suppose. Ultimately it represents a complete separation from other people to the point that you’d question your very humanity, and whether that idea is a curse or true freedom."

Check out a stream of Rivers Of Nihil’s crushing set from their Kerrang!-sponsored tour.

The Underground Sounds Of America: Rivers Of Nihil