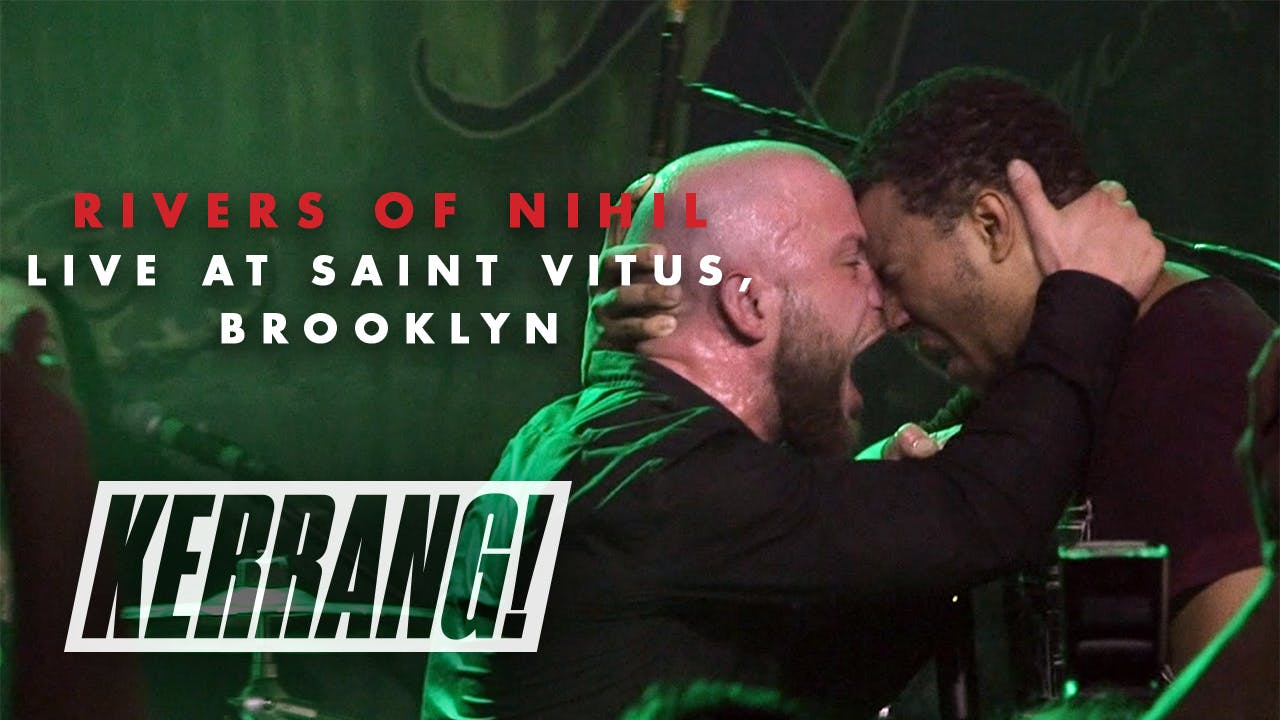 When progressive death metal crew Rivers Of Nihil hit the road in the U.S. with Entheos, Conjurer, and Wolf King, we knew the sold-out Brooklyn show at Saint Vitus Bar at the end of their tour would be one hell of an incredible night. And the bands in question did not disappoint, rolling out one incredible set after another and giving us some of the most amazing concert shots we’ve ever seen. In fact, the openers were so incredible that by the time Rivers were set to take the stage, we worried that they might not be able to follow...but damn, did they rise to the occasion.

Maybe the craziest part of Rivers Of Nihil’s set was how much they engaged their audience -- and their openers. When one hears that a progressive death metal act is playing their new album in full with live saxophone accompaniment, it’s easy to assume the result will be more of a performance than a show; instead, Rivers rallied the crowd from the minute they took the stage until the second they left, creating a nonstop parade of stage divers, including members of their opening acts.

They also orchestrated a wall of death in the middle of the 250-cap back room of Saint Vitus, resulting in a melee of sweaty bodies crashing together. All the while, saxophonist Patrick Corona added a sexy, jazzy edge to the night of utter chaos. Overall, we’d be hard-pressed to think of a set crazier than this one at Vitus (though maybe that speaks to how hard we got kicked in the head that evening than anything else).

But forget reading about it -- see the carnage for yourself! Check out our stream of Rivers Of Nihil’s blazing set at Saint Vitus Bar below:

Get ready for walls of death, stagediving bands, and live saxophone in tomorrow's stream of Rivers Of Nihil's blistering set at Brooklyn's Saint Vitus Bar.

The Underground Sounds Of America: Rivers Of Nihil