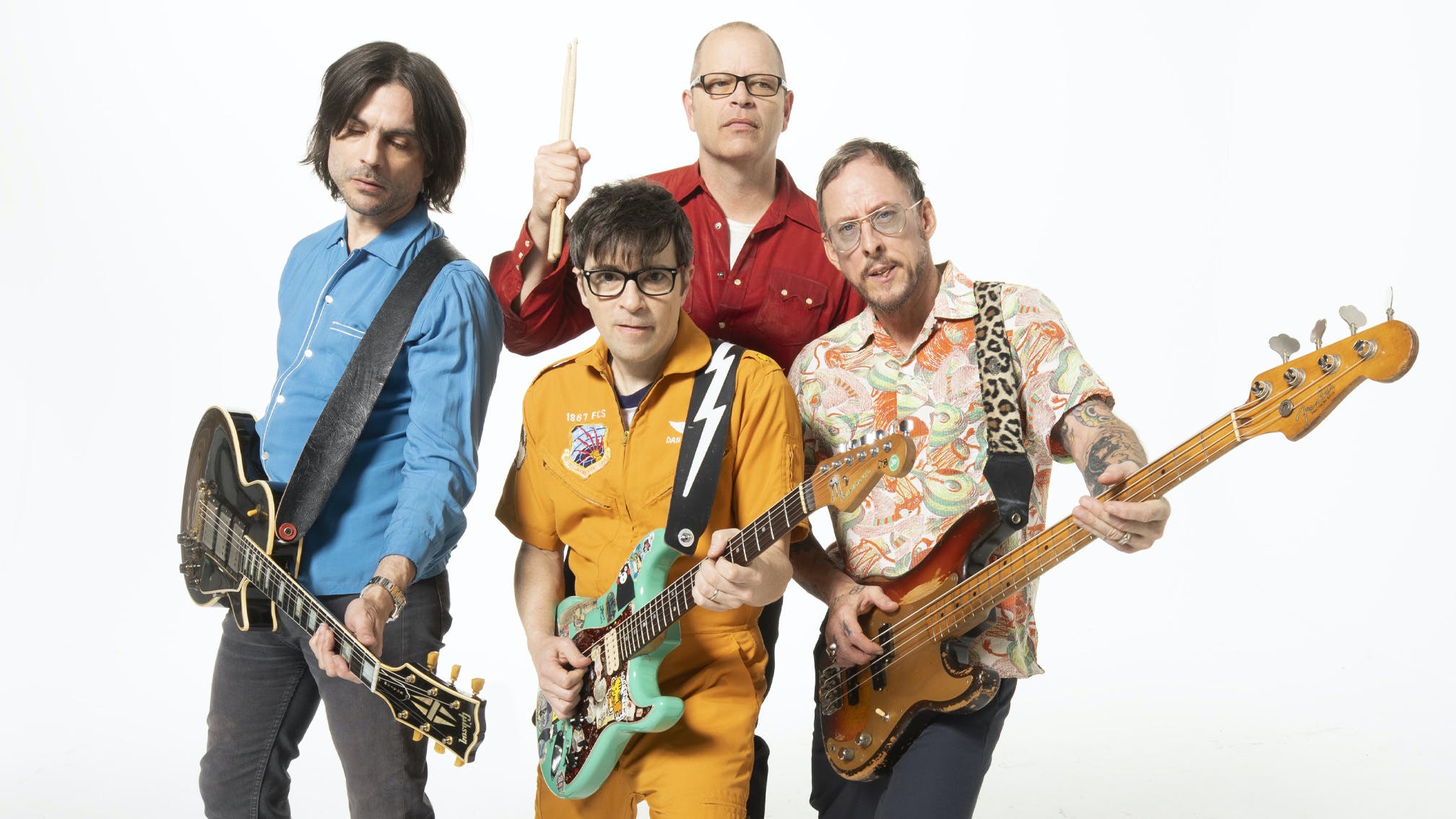 It's been a long time coming, but the Hella Mega Tour is finally here!

After various postponements due to the pandemic, the Green Day-headlined Hella Mega Tour kicked of in Arlington, Texas last night at the Global Life Field. And while thousands and thousands of fans across the United Stated had been waiting for the tour to, so too had Weezer, who wrote an entire stadium rock album just for the occasion in the form of Van Weezer.

Picking three songs from said new album – All The Good Ones, Hero and The End Of The Game – the band's 17-song setlist covered all facets of their career, picking biggies from the Green, Blue and Red albums, alongside Pinkerton and their joyous cover of Africa by Toto from the Teal album.

When the Hella Mega Tour rolls into your hometown, here's what Weezer have got in store for you.

Here's what followed Weezer when Fall Out Boy played, and this is Green Day's Hella Mega setlist.