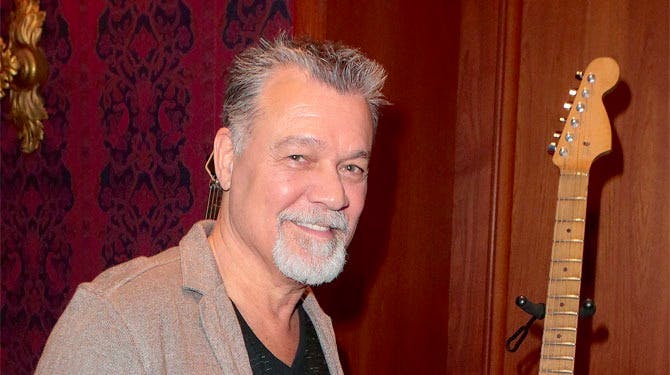 An incredible new rock'n'roll music auction has been announced – with one-of-a-kind Eddie Van Halen and Nirvana memorabilia up for grabs.

Julien’s Auctions have shared that they were already in talks with Eddie before his tragic passing to secure items for the auction.

“As we were preparing for our annual Icons & Idols: Rock and Roll auction line-up, we were stunned to hear the sad news of Eddie Van Halen’s passing last week,” says Julien’s Auction’s president Darren Julien. “We are honoured to include at this event two of his iconic guitars from his brilliant and blazing career as one of rock’s greatest and most gifted guitar heroes.”

The instruments in question are a 2004 EVH Charvel Art Series electric guitar and a customised electric guitar that Eddie built at his home studio in 1991 with guitar tech Matt Bruck. Both were hand-striped by the musician in his custom style, and are estimated to sell for between $40,000 and $80,000 each.

Elsewhere, Kurt Cobain's smashed Fender Stratocaster that was played on the In Utero Tour will also be listed. The auction takes place on December 4–5 at Julien's Auctions in Beverly Hills, and online at juliensauctions.com.

Read this: “The greatest of all time has left the building”: Rock pays tribute to Eddie Van Halen