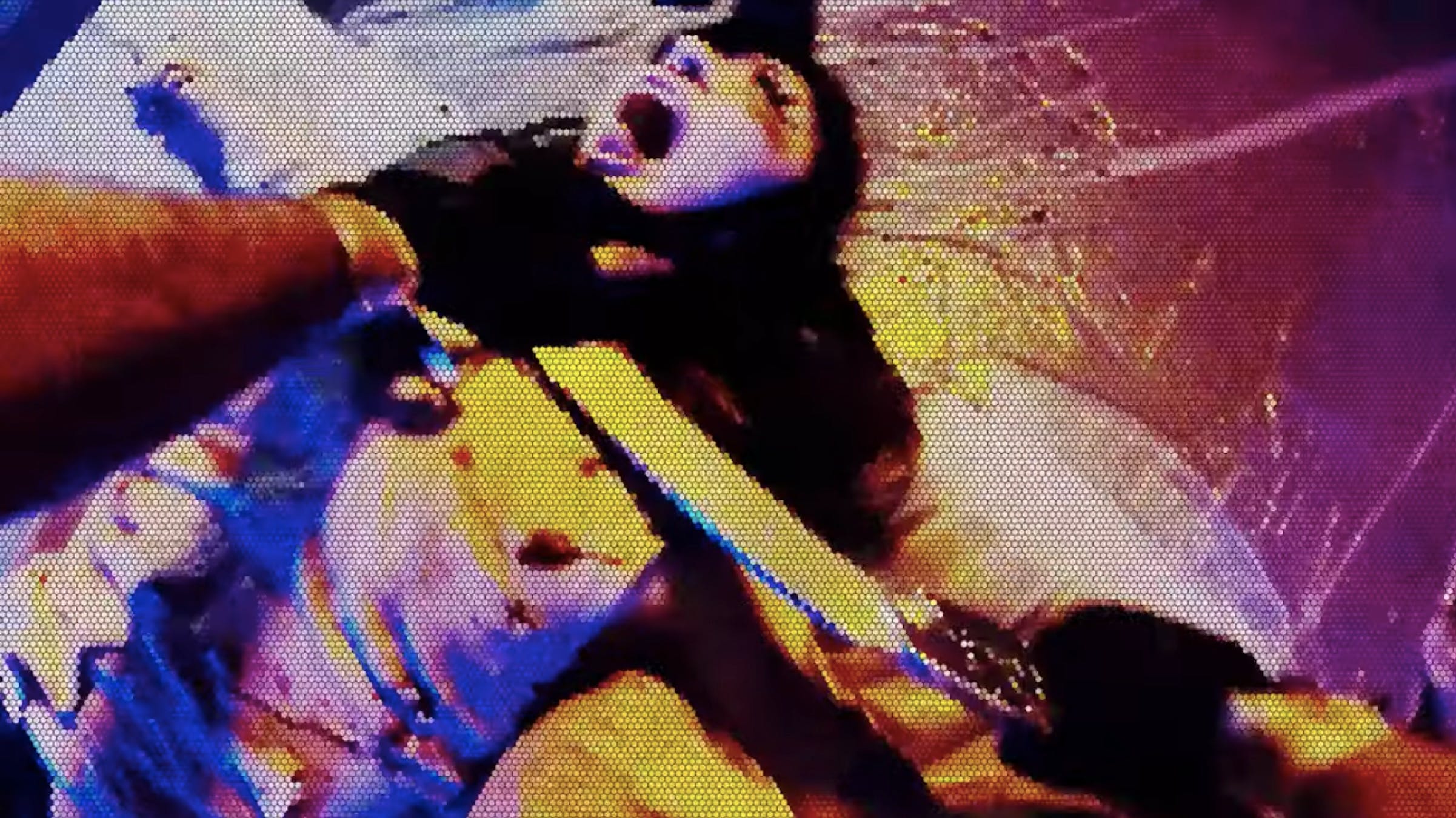 Few bands deliver on the promise of their music quite like Cannibal Corpse. When the Florida-via-Buffalo death metal tyrants give their fans a piece of art, whether it's a T-shirt design or music video, they guarantee that it'll be full of horror, gore, and the underlying message that we're all made of meat and we're all going to die. Now, the band has premiered their latest video, Red Before Black, via Bloody Disgusting, and if you thought this was the moment that Cannibal Corpse would take a step back and give everyone a more philosophical approach to art, well, you're shit out of luck, bozo.

The video starts off like most: a knife-wielding girl covered in blood wanders around a horrible abandoned industrial park. It's when a man with a crossbow in a set of high-tech goggles steps out of nowhere and shoots the girl with an arrow that things officially go full Cannibal. Over the course of a little under four minutes, the viewer is taken through a mix of performance footage and brutal slasher horror, including people getting their limbs hacked away, guts pulled out, heads sawn off, and, finally, their brains splattered across the pavement with a shotgun.

Enjoy the good, family fun of Red Before Black below:

Discussing recording Cannibal Corpse's recording process during an exclusive chat with Kerrang!, Hate Eternal guitarist and current Cannibal axman Erik Rutan said, "Cannibal Corpse’s Kill was really my breakthrough album for my producing career. It opened so many doors for me, and I will always be eternally grateful to Cannibal Corpse for believing in me and giving me the chance to prove myself as a producer.

Cannibal Corpse are currently wrapping up a bunch of North American tour dates with Slayer, Lamb Of God, and Amon Amarth, so catch them at one of the remaining shows below: