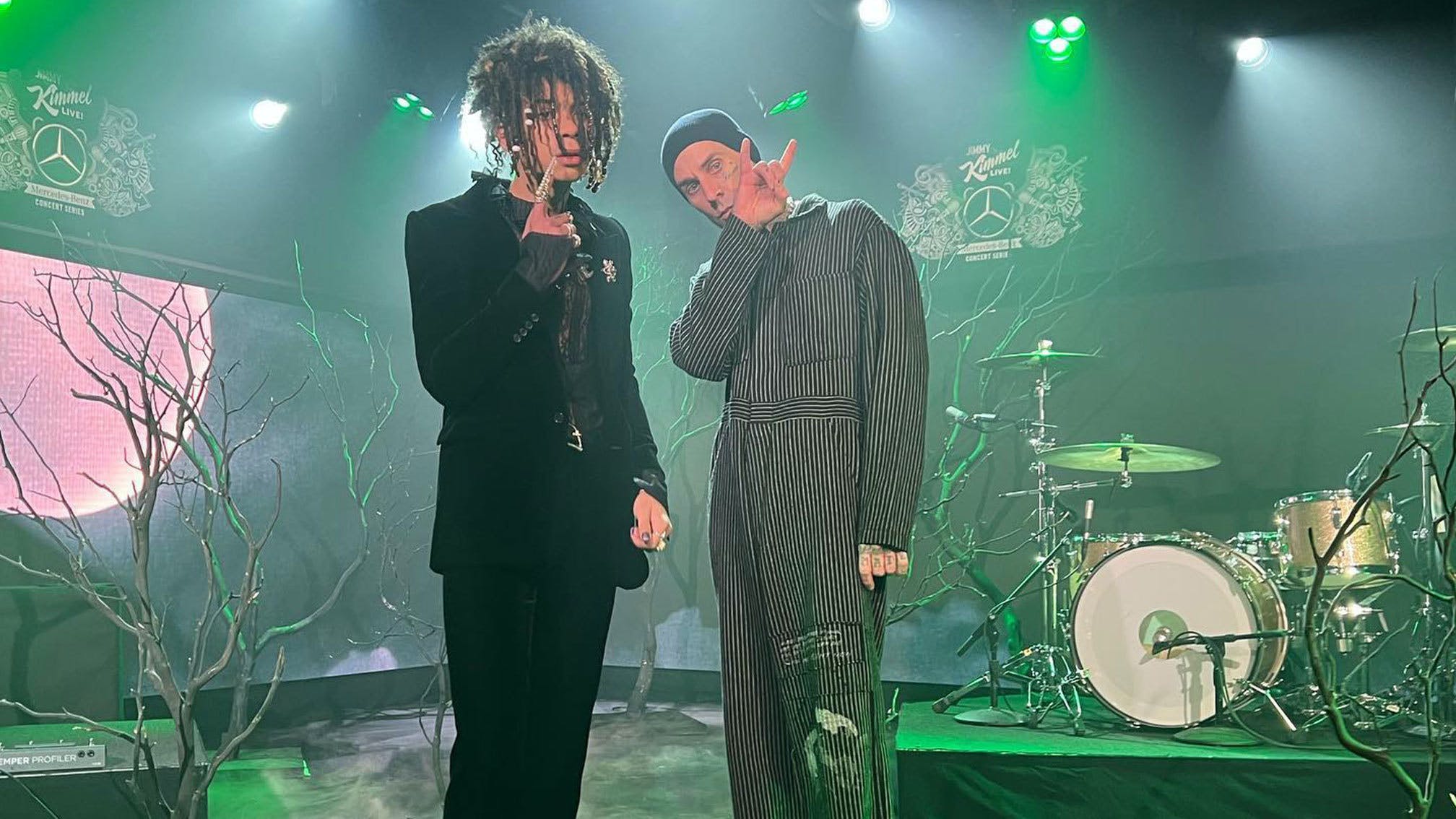 With Travis Barker guesting on three songs on iann dior's recently-released album On To Better Things, the blink-182 drummer joined the alt. rap star for a performance of one of those tracks on Jimmy Kimmel Live this week.

Rather than recent Machine Gun Kelly collab thought it was the pair opted to play Obvious, bringing along a really cool show with smoke, trees and moody lights to perfectly fit the whole vibe ('It's like I'm calling the dead / And late at night when I'm thinking 'bout it / I could choose this, too hard to believe,' iann sings).

Watch the performance below:

Speaking to The Face recently about Travis, iann said that the sticksman is "amazing, especially given everything that he’s gone through, a plane crash and everything. I’ve had deep conversations with him and he feels like he got a second chance at life. So he’s taking care of himself. Not only is he an amazing producer but he’s an influence in my life."

Bring Me The Horizon have covered 24kGoldn and iann dior’s massive TikTok hit Mood because they "felt like we could do something a little bit more in our world with it".

Mike Shinoda, iann dior and UPSAHL looked thrilled to be hitting the stage together to perform collaborative single Happy Endings for See Us Unite.