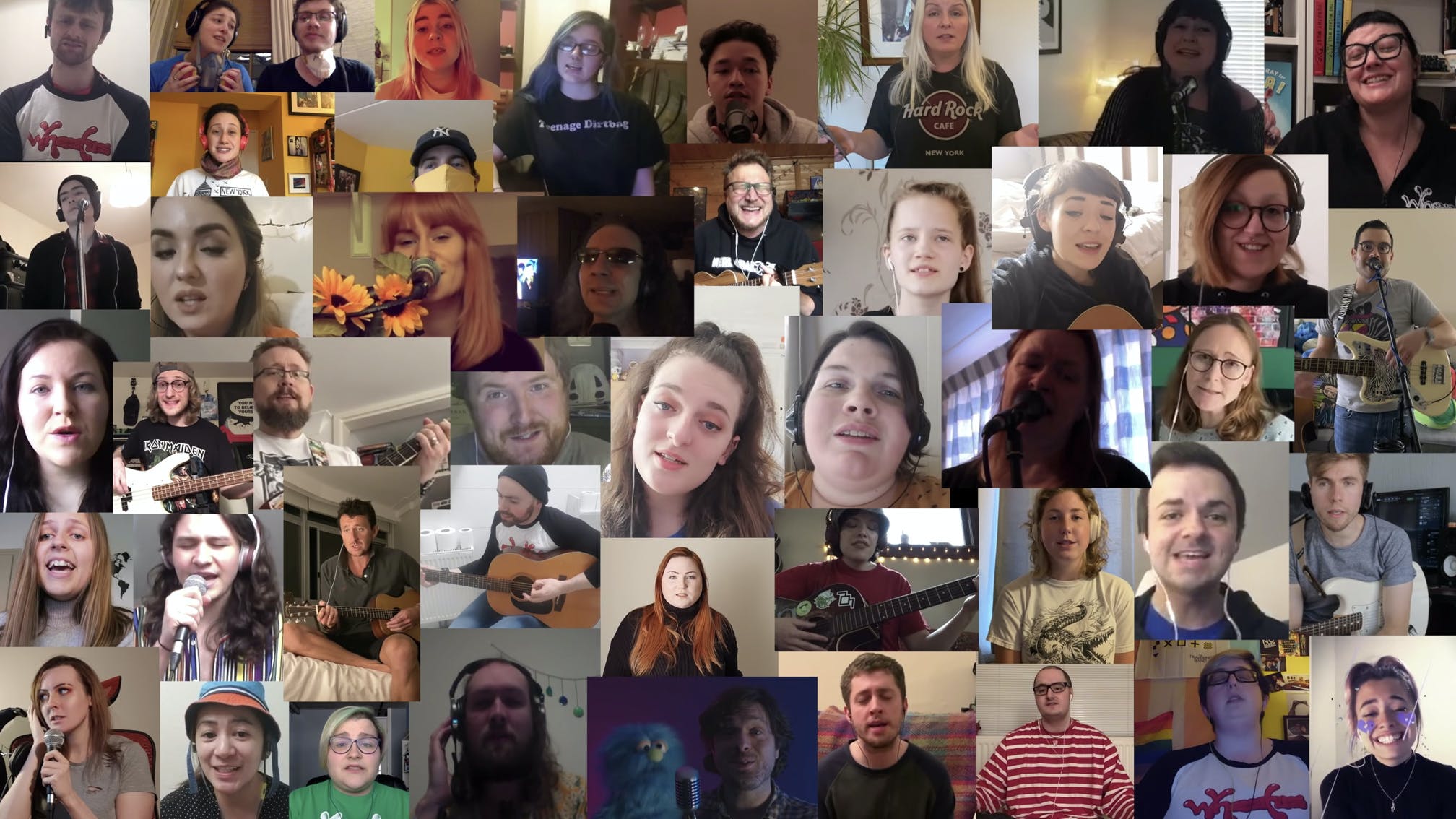 While there's a lot to be miserable about right now, one tiny positive of the coronavirus lockdown is that many of our favourite bands have been able to deliver awesome, creative content to their fans to lift their spirits – from Queen + Adam Lambert's lockdown performance of We Are The Champions, to Green Day frontman Billie Joe Armstrong's hugely enjoyable No Fun Mondays project. And now ’90s New York rockers Wheatus have gotten in on the action, asking people to get involved in the Quaranteenage Dirtbag Challenge.

The challenge set by frontman Brendan B. Brown was a simple one: send a video of yourself performing the band's legendary hit Teenage Dirtbag. In a description underneath the final clip, Wheatus reveal that they received "106 contributors across 16 countries", with fans performing the track on your typical rock band instruments like guitar, drums and bass, as well as going rogue with flutes, banjos, mandolins and… well, even kitchen utensils.

Read this next: A deep dive into Wheatus' Teenage Dirtbag video

Discussing the story behind Teenage Dirtbag with Tone Deaf in 2012, Brendan explained of its origins, “It came from the summer of 1984 on Long Island, when I was 10 years old. That summer in the woods behind my house, there was a Satanic, drug-induced ritual teen homicide that went down; and the kid who did it was called Ricky Kasso, and he was arrested wearing an AC/DC T-shirt.”

“That made all the papers, and the television, obviously; and here I was, 10 years old, walking around with a case full of AC/DC and Iron Maiden and Metallica – and all the parents and the teachers and the cops thought I was some kind of Satan worshipper. So that’s the backdrop for that song.”

As for the titular chorus, he added, “I’m effectively saying: ‘Yeah, fuck you if you don’t like it. Just because I like AC/DC doesn’t mean I’m a devil worshipper, and you’re an idiot.’ That’s where it comes from.”

Check out Quaranteenage Dirtbag below: