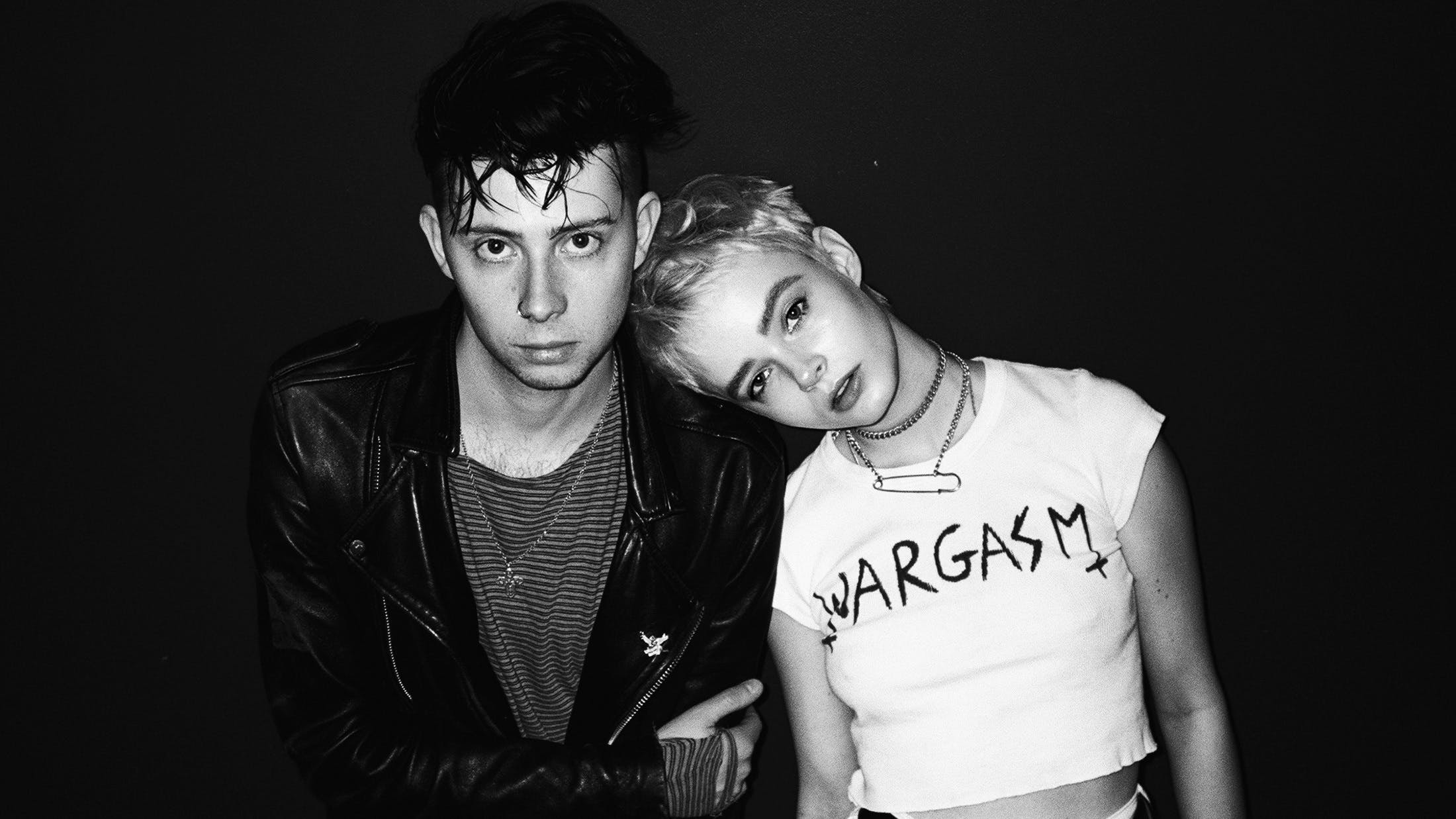 Riot grrrl and nu-metal might not seem the most compatible of genre mash-ups, but in the case of London-based newcomers Wargasm, the bridging of a socially conscious outlook and party-starting fever is working wonders. Formed by ex-Dead! guitarist Sam Matlock and his friend, vocalist/bassist Milkie Way, the punk duo are out to spread a positive message while having a bloody great time doing it.

“When my old band broke up, the first thing I wanted to do was explore the riot grrrl sound,” Sam, who sings alongside Milkie in Wargasm, begins. “I was looking for someone with that same passion to form a multi-gender project with me. I hit up Milkie, who I knew through her work as [music photographer] Girl In The Pit, and we started writing and began to formulate a sound. Much of our style was born out of how, when you’re listening to music and it’s 3am, everyone is always trying to play something ‘better’, but the best thing to do is stick fucking Break Stuff by Limp Bizkit on. That was the real spark for us. People are afraid to admit they love those cheesy bangers, but when they come on, rooms go mental and everyone knows the words. We wanted to utilise that feeling in our own music.”

Pointing to how bands like SHVPES, Loathe and Poppy have incorporated nu-metal tropes successfully into their recent output, there’s a determination within Sam and Milkie to ensure that Wargasm craft songs that are, above all, fun.

“We’ve written about the Kardashians and Terminator. There’s pop culture references all over our music,” Milkie says of the band’s lyrics. “A lot of bands in the rock scene take themselves far too seriously. We wanna bring some good times and humour back.”

“We write a lot of stuff about this golden age of technology we’re currently in,” Sam adds. “Social disconnection is a big thing. Some of our music is about embracing technology and rebelling against it.”

Despite the fun they’re having, there’s evidently a more serious side to Wargasm. In order to take that message to the masses, the band have crafted a plan for 2020 that revolves around releasing more singles, rather than jumping straight into the album format. Milkie argues that streaming has “given this generation of musicians a lot of creative freedom, which allows you to drop tracks, have fun and gives you time to develop as artists.”

Moreover, there’s big things coming on the live front, including an appearance at Download Festival in June.

“We’re gonna blow the fuck off that tent!” Sam enthuses. But when it comes to live shows, Wargasm’s main goal is to see young female fans have a great time.

“I grew up in Northern Ireland and didn’t get to go to Download as a teenager, so I’m super-excited to share such a special experience with so many people,” says Milkie. “The main thing I wanna see is a fuckload of girls in the pit going hard and having a good time in a safe environment. Witnessing that from the stage would mean the world to me.”