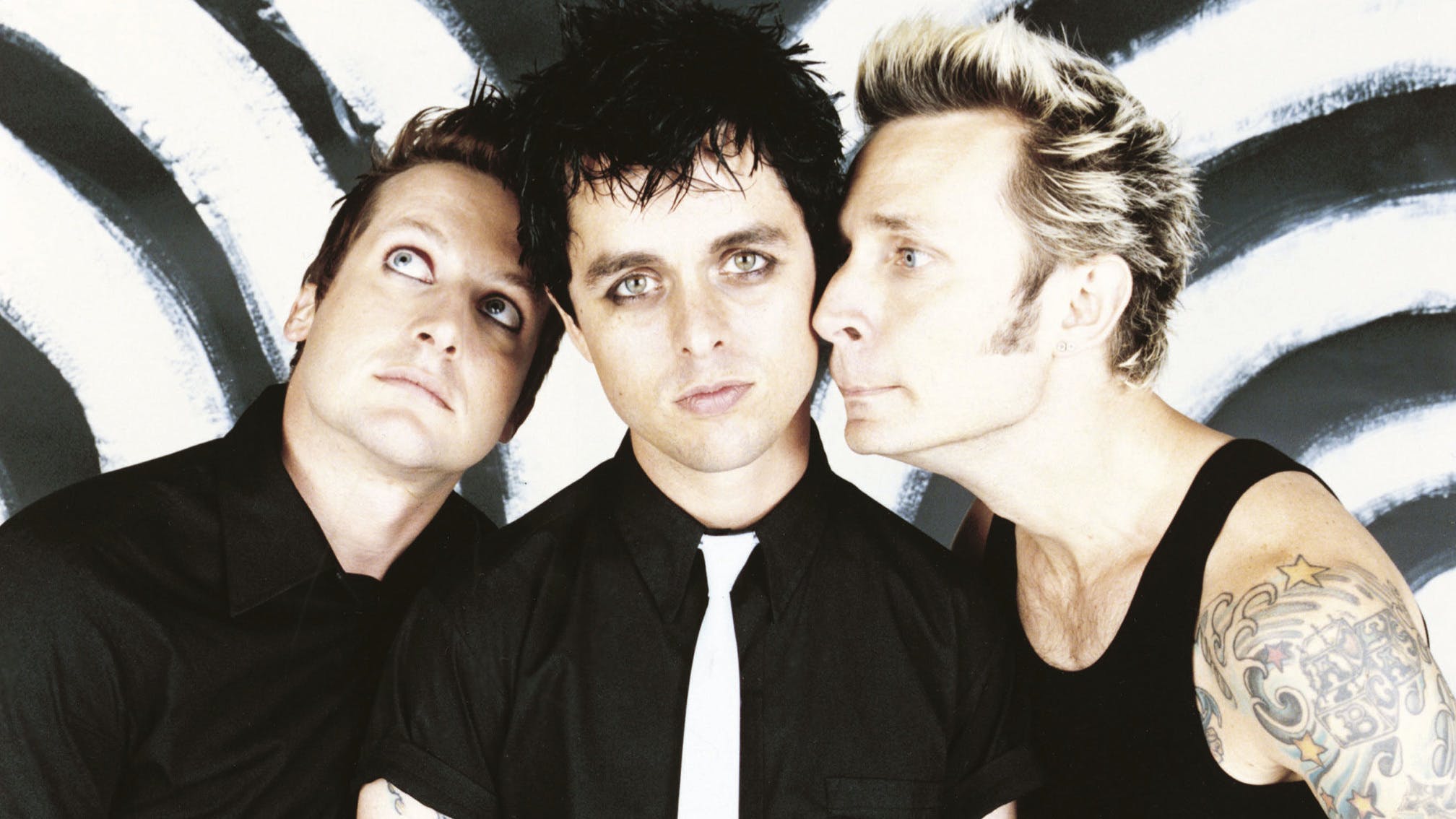 Billie Joe Armstrong is always working on new music. “He’s writing a song right now while he’s talking to you,” joked drummer Tré Cool when Kerrang! sat down with Green Day – completed by bassist Mike Dirnt – for a chat last year. And while we’re yet to hear that track in particular just yet (though, if it does ever see the light of day, may we recommend the title of ‘Another Perfect Interview With The Greatest Rock Brand In The World’?), it’s safe to assume that there’s plenty of fresh material in the works from the Oakland punk rock heroes at any given time.

Such proficiency has meant that Green Day have amassed a lot of music across their 30-year career – well over 150 songs, in fact. And though many have gone on to reach millions of listeners and become world-conquering, record-breaking and GRAMMY-winning singles, there’s a whole bunch of music from Billie Joe and co. that has understandably fallen by the wayside somewhat, swallowed by the shadow of Basket Case, Good Riddance (Time Of Your Life) and American Idiot.

Let’s rectify this immediately, then, shall we?

Why, oh why did we never get a full studio version of Cigarettes And Valentines? Well, because the album’s master tapes were allegedly stolen in 2002 and… yeah, we all know the story. Happily, Green Day did somehow manage to salvage the would-be title-track to that planned record, and Cigarettes And Valentines (the song) finally saw the light of day as part of the band’s great 2011 live album, Awesome As F**k. With the infectious pop-punk energy of the likes of Dookie’s Burnout and Welcome To Paradise, but with a more mature edge, it’s a song that hasn’t had nearly enough attention across the years. Special shoutout to Billie Joe’s lyrics here: ‘There’s a car crashing deep inside my heart,’ is a wonderful line that never gets old to sing along to.

While Billie Joe typically handles the majority of the songwriting for Green Day, here’s a prime example of just how damn talented his bandmates are. J.A.R – which stands for Jason Andrew Relva – is a Mike special, written for his childhood friend who sadly passed away at the age of 19 following a car accident. Originally demoed during the Dookie sessions, J.A.R first saw the light of day for the Angus movie soundtrack in 1995, and later found a home on the band’s 2001 International Superhits! compilation. And though it’s rare to hear Green Day tackle the topic of death in their music, existential lyrics like, ‘Now I see I’m mortal, too / I can’t live my life like you,’ and, ‘And I think it’s all right / That I do what I like / ’Cause that’s the way I want to live,’ make this a genuinely special song in their catalogue. Bonus: it’s got an absolutely wicked bassline.

It might seem strange to include a song from an album that has sold around 16 million copies worldwide here, but on a record that has five genuinely colossal hit singles, it’s always worth bringing Whatsername – a song that could and should have been a single – back to people’s attention. American Idiot’s closing masterpiece is not only elegantly understated, Billie Joe’s lyrics of ‘Forgetting you but not the time’ wrap up the album’s conceptual storyline in such a moving way that you’ll be telling everyone you’ve got dust in your eyes once it’s over. In fact, in Green Day’s 2015 Heart Like A Hand Grenade documentary, the frontman himself is seen quietly weeping in the studio as Mike finishes up his bass parts to the song, clearly completely and utterly overwhelmed with emotion. Just beautiful.

At face value, a two-minute intro for a three-a-half-minute song might seem pretty daft, but Mike’s frantic, non-stop bassline provides the perfect soundtrack to the themes at the heart of Panic Song (the clue is in the title). And once the Insomniac track ascends from anxiety-inducing instrumentation into the more ‘classic’ pop-punk Green Day sound it’s an absolute gem, with Billie Joe’s lyrics (‘Broken glass inside my head bleeding down these thoughts of anguish / Mass confusion’) perfectly capturing the mood of the band at the time. You probably shouldn’t get too attached to Panic Song, though, as the Oakland titans have only played it live once – partially – when they headlined Paris’ Rock En Seine back in 2012. It’s probably best for Mike’s wrists, after all.

Billie Joe may claim to have an aversion to long songs these days, but up until 2016 he was still knocking them out like nobody’s business. Opening with “the most honest line I’ve ever written,” according to the frontman (‘My name is Billie and I’m freaking out’), Revolution Radio’s penultimate song not only deftly takes in a whirlwind of thoughts and emotions from its writer, it also cleverly nods to the music that is played out before it across a multi-part epic. From a reprise of RevRad opener Somewhere Now to a crossover in Outlaws’ sentimental outro (‘Forever now / Forever now, you’ll roam’), it’s a truly brilliant piece of music that unveils yet more layers with each listen. “I saw this song change so many times,” revealed Tré at the time of its release. “The cool thing is that Billie didn’t force anything. He just let it happen and he kept trying different shit. And then there was this one ‘aha’ moment where he was like, ‘I think I got it.’ And it was awesome. There were goosebumps in the room.”

How is it even possible to write a song this impeccable at just 17 years old? The undeniable standout from Green Day’s debut album, Going To Pasalacqua exhibits Billie Joe’s knack for tackling issues of anxiety and insecurity with an incredibly mature level of clarity – even at such a young age. The frontman had also penned a number of songs about love and obsession up until this point, even beginning …Pasalacqua by singing, ‘Here we go again / Infatuation touches me just when I thought that it would end.’ Perhaps these themes would be properly finetuned and perfected on subsequent releases, but, some three decades later, it’s a joy to revisit where it all began.

‘You thought I was a write-off / You better think again…’ 21st Century Breakdown may often be unfairly overlooked following the unbelievable success of the album’s predecessor, American Idiot, but its midway point is just one song of many that perfectly showcases Green Day’s versatility and perpetual ambition. As a standalone track it’s a blast, with Mike describing it as having “a kinda cool gypsy carnival feel” – a style originally attempted on Warning’s slower-paced Misery. Equally, though, it moves the narrative of the entire record along superbly, with Billie Joe’s first-person narration of Christian looking for – and probably finding – vengeance keeping the heart-rate up, and leaving the listener wondering what the hell is going to happen next.

Rarely has coming to terms with problems in your love life sounded so uplifting. Written about dealing with the “compromises” he and his wife Adrienne were making in their relationship, Church On Sunday is both surprisingly personal (‘Tears down your face / Leaving traces of my mistakes’) and entirely relatable (‘But ‘respect’ is something I will earn / If you have faith’) all in one. And that’s before we come to that moment at two minutes and 50 seconds: no, it’s not your CD skipping, it’s a random triplet thrown in for good measure, distinguishing the final chorus of Warning’s most underrated song in a brilliantly simple way.

To be fair, there are a number of songs from Green Day’s ¡Uno!, ¡Dos! and Tré! trilogy that have probably slipped into the category of ‘lesser known’, simply because, at the time of their release, the band’s ambitious 2012 collection was just too much for some to take in. And Dirty Rotten Bastards – the 10th track on the third disc of this trilogy – could well have been missed, not only for its placing, but also because of its six-and-a-half-minute running time. It’s a real riot, though, following in the footsteps of epics like Jesus Of Suburbia and Homecoming, but with a more mischievous tone. From the use of Carmen’s Toreador Song to lyrics like, ‘Here’s to all God’s losers ra da da di / The bottom-feeder’s frenzy / Here’s to all bloodsuckers sing along with me’, Dirty Rotten Bastards is a playful ride through the depths of their imagination, and proves that, at a time when many had written them off, you can never count Green Day out.