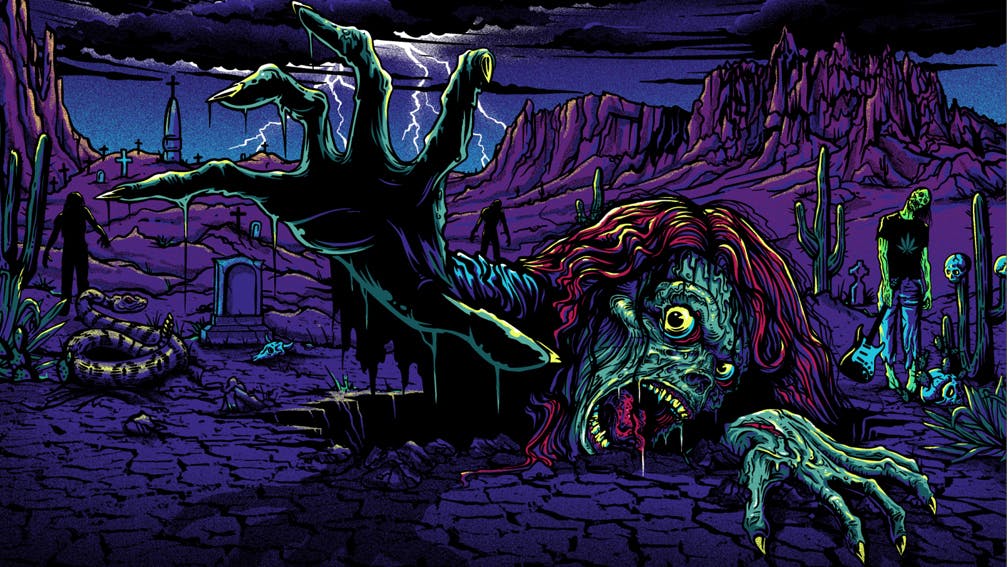 ‘Been through more than you ever will / What I have you can never steal!’ bellows Richie Cavalera on Wake Up Dead's opener Fuck With Me (Wake Up Dead). He does have a point. Since 2004, Richie has put in the hard yards as Incite’s leader, soldiering on through grimy bar shows, several line-up changes and five albums of increasingly good metal. For anyone who still sees Richie merely as Max Cavalera’s stepkid, Incite’s sixth album showcases a dyed-in-the-wool metalhead carving his own path.

Which in turn means Cavalera Sr.’s appearance on War Soup feels unnecessary, drawing attention to the elephant in the room long after people stopped commenting on the amount of littered peanut shells. The song itself is an enjoyable slice of groove metal (naturally), and Richie’s raspy yelps pair well with Max’s bear growls, but your attention is better directed towards Fallen. Emerging out of a wasteland trembling with doomy aftershocks, the band launch into marauding blastbeats and fist-pumping power metal. Within its inventiveness and swaggering attitude you can hear Richie having an absolute blast.

Wake Up Dead also benefits from allowing new guitarist Eli Santana plenty of space to flex his considerable riff arsenal, which seems to have sparked fresh energy in the Arizona metallers. Mental Destruction’s hammering grooves steadily build into a chest-beating siege on some thunder-strewn mountaintop, topped off by Eli's satisfyingly Maiden-esque solo. Meanwhile, Deadbeat finds Incite doing what they do best: thrashing with the ferocity of Freddie Krueger fronting Sacred Reich.

Incite may still lack that undeniable banger to push them ahead of the pack, but they have thrived by revelling in how much fun it is to crank out headbanging riffs with concussive force. Wake Up Dead proves that lifelong passion is still alive and kicking against the pricks.

Wake Up Dead is released April 8 via Atomic Fire Records