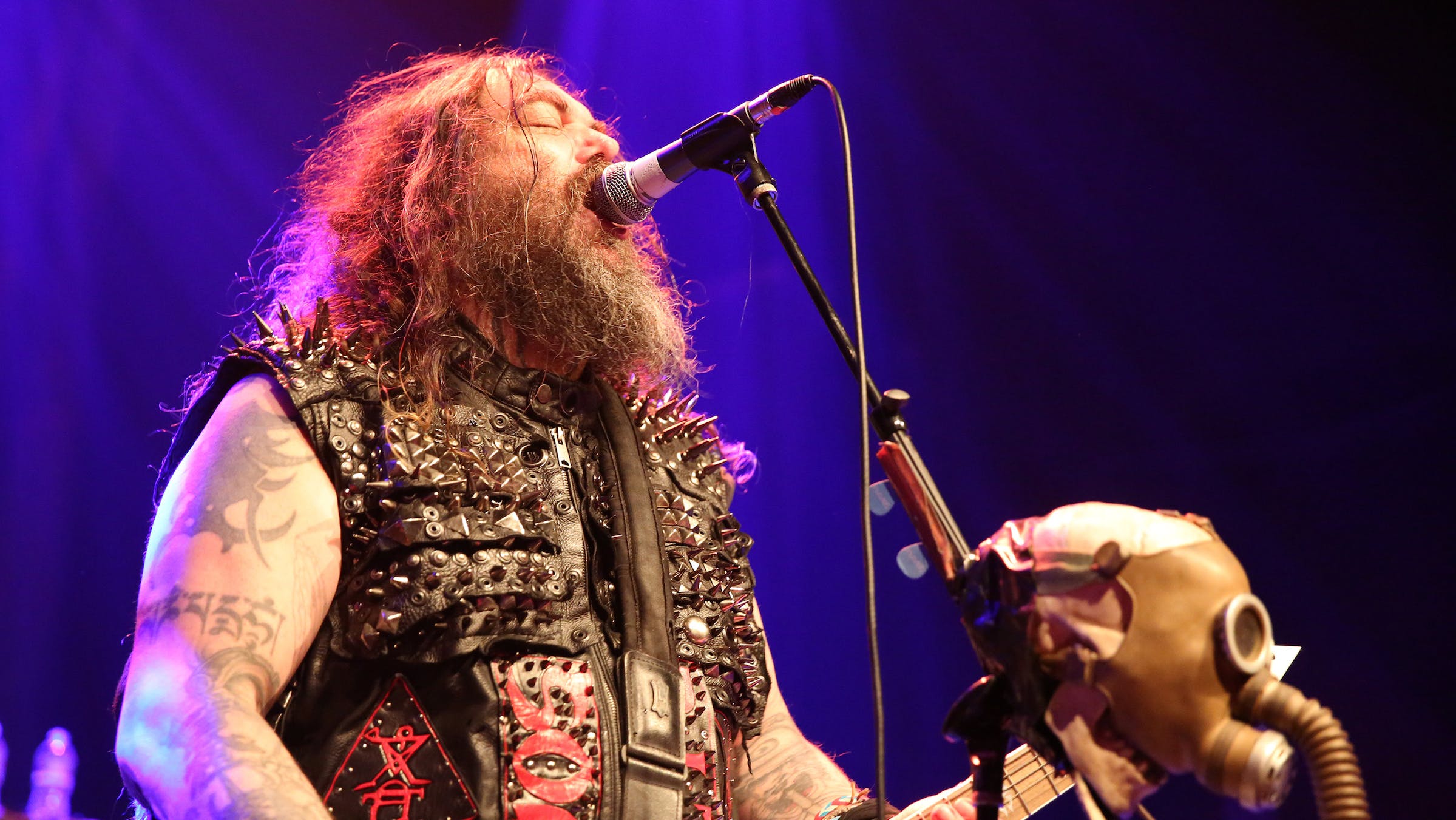 The audience at Gramercy Theater this Monday night wears its metal devotion on its sleeve. Elaborate tattoos, Viking-ish beards, and battle jackets bristle from all sides as the burly blue-collar crowd shuffles its way into the mid-sized venue. And yet, the vibe at tonight’s show puts the mainstream idea of the twisted, misanthropic headbanger to shame. Everyone here to see Soulfly tonight is giving off a sense of positivity and companionship, celebrating the love they feel from this aggressive music rather than just the fury itself.

Chaoseum get the night started, doing their best to wake up the early arrivals with their brand of operatic aggro metal. The band’s enthusiasm and horror make-up definitely get a few heads banging; the latter is surprisingly intense and believable, providing a brief blast of visual entertainment to what is otherwise a night of stripped-down groove and death metal.

“New York City, we are Incite… and we play heavy fucking metal!!" drawls Incite frontman Richie Cavalera at the start of the band’s set. The declares is no lie – mixing violent thrash passion with classic Pantera-ish groove, the quartet blast through a brutal and intense set that officially gets the crowd to break a sweat as they whip themselves into a moshing frenzy. Something about Incite smacks heavily of their home state of Arizona – perhaps, most notably, their positivity, with all four members smiling throughout even the most crushing moments of their set. The band doesn’t reinvent the wheel, but their good humor and meat-and-potatoes metal barrage is exactly what tonight’s audience craves.

In a line-up of genre-benders, it’s good to have a band playing straightforward death metal, and Canadian skull-busters Kataklysm bring it in spades. The band’s performance is tight, with an improved sound quality over the previous two bands, illustrating just how well-oiled a touring machine this band has really become. Frontman Maurizio Iacono is believably intense, but also a beacon of good energy, urging the crowd, “Put your horns in the air… this is the only religion that matters.” The audience obliges, charging into a circle-pit and returning Kataklysm’s dedication and energy tenfold.

The crowd’s excitement builds leading up to Soulfly’s set, and when the band takes the stage, it explodes. Though his spiked jacket and monstrous bellow scream hostility, frontman Max Cavalera emits so much positive energy that he’s practically a Care Bear, using the band’s raw aggression as a conduit of his pure love of metal music. The audience goes wild for classic tracks like Bleed, Fire, and Prophecy, but even new classics like the title track to the band’s latest, Ritual, are received with rabid enjoyment (the breakdown on the latter track is one of the night’s most riveting moments). The band power through the set with practiced grace – drummer Zyon Cavalera never misses a beat, and even when Max’s guitar craps out thirty minutes into the set, the band soldiers on without pause, unwillingly to let anything get in the way of such a killer night.

As Soulfly bring their set to a close, they come to the front of the stage and are greeted with a deafening roar. But any teeth bared are in joyous grins, and the hundreds of horns punched into the air are accompanied with laughter and satisfied sighs. Plenty of metal bands bring catharsis and rage to a live set, but few have ever filled bloody sonic warfare sound with this much love.