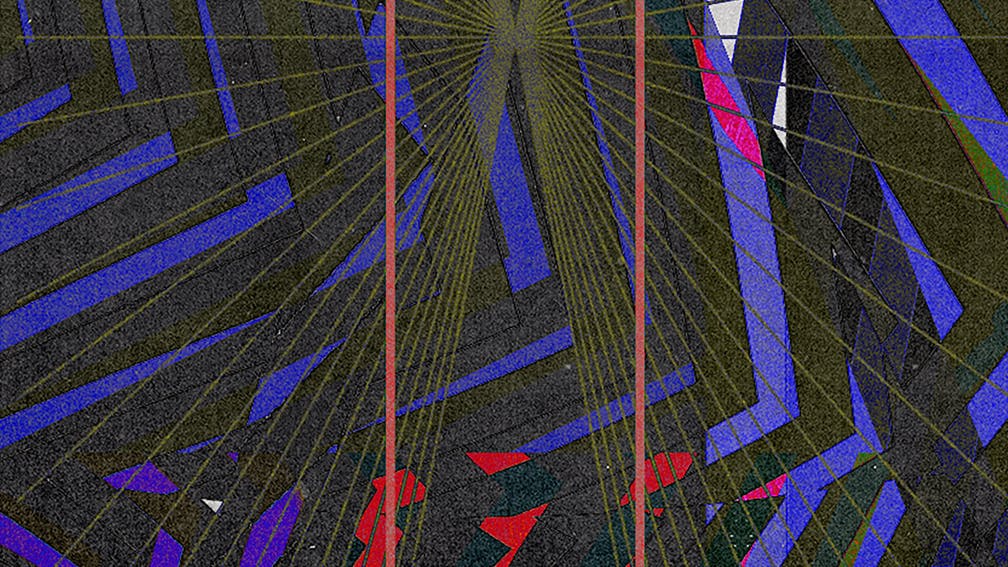 It’s been five years since Brighton’s Tigercub released their debut album, Abstract Figures In The Dark, but there’s good reason for that. After the trio released their Evolve Or Die EP in 2017, frontman Jamie Hall decided to expand his own musical boundaries with his more personal solo project, Nancy. That took off in ways Jamie could never have imagined, at one point becoming the most blogged-about artist on Hype Machine.

As the sole songwriter of Tigercub, that understandably delayed this record. But it also means Jamie has infused it with that more personal, experimental edge. The opening title track, for example, starts with a smooth, jazzy lilt more in line with Jeff Buckley or Andrew Bird, but then explodes in a cacophony of crashing drums, rollicking riffs and caterwauling vocals of which Muse’s Matt Bellamy would be proud.

That’s not to say As Blue As Indigo is business as usual. Far from it – this is an expansive and experimental record. The groove-laden sultriness of Stop Beating On My Heart (Like A Bass Drum) also starts with echoes of another time, but that’s quickly offset by dirty desert guitars that are as belligerent as Queens Of The Stone Age, but less bullish. Elsewhere, the solemn, string-laden lament of Funeral – a tribute to Jamie’s late grandmother – is followed by the blissful, Bon Iver-esque Built To Fall, a song for a departed friend.

To only compare these 10 songs to other artists does them an injustice, however. Really, this is all Jamie. Recorded at the start of lockdown, the intense, unsustainable conditions of doing so eventually led to the departure of both producer Adrian Bushby and drummer James Allix. Jamie finished mixing it alone. The result is not just a twisting, twisted road through his own experiences, but also – in the oddball alt.rock of As Long As You’re Next To Me and the sinister, deceptively heavy closer In The Autumn Of My Grow – a rebirth of a maverick rock’n’roll poet.

For fans of: Muse, Queens Of The Stone Age, Jamie Lenman

As Blue As Indigo is released on June 18 via Blame.

READ THIS: How QOTSA's Rated R brought desert rock into the mainstream

Here, Have An Exclusive Stream Of Tigercub's New EP

Evolve Or Die is out tomorrow. Brace yourselves!