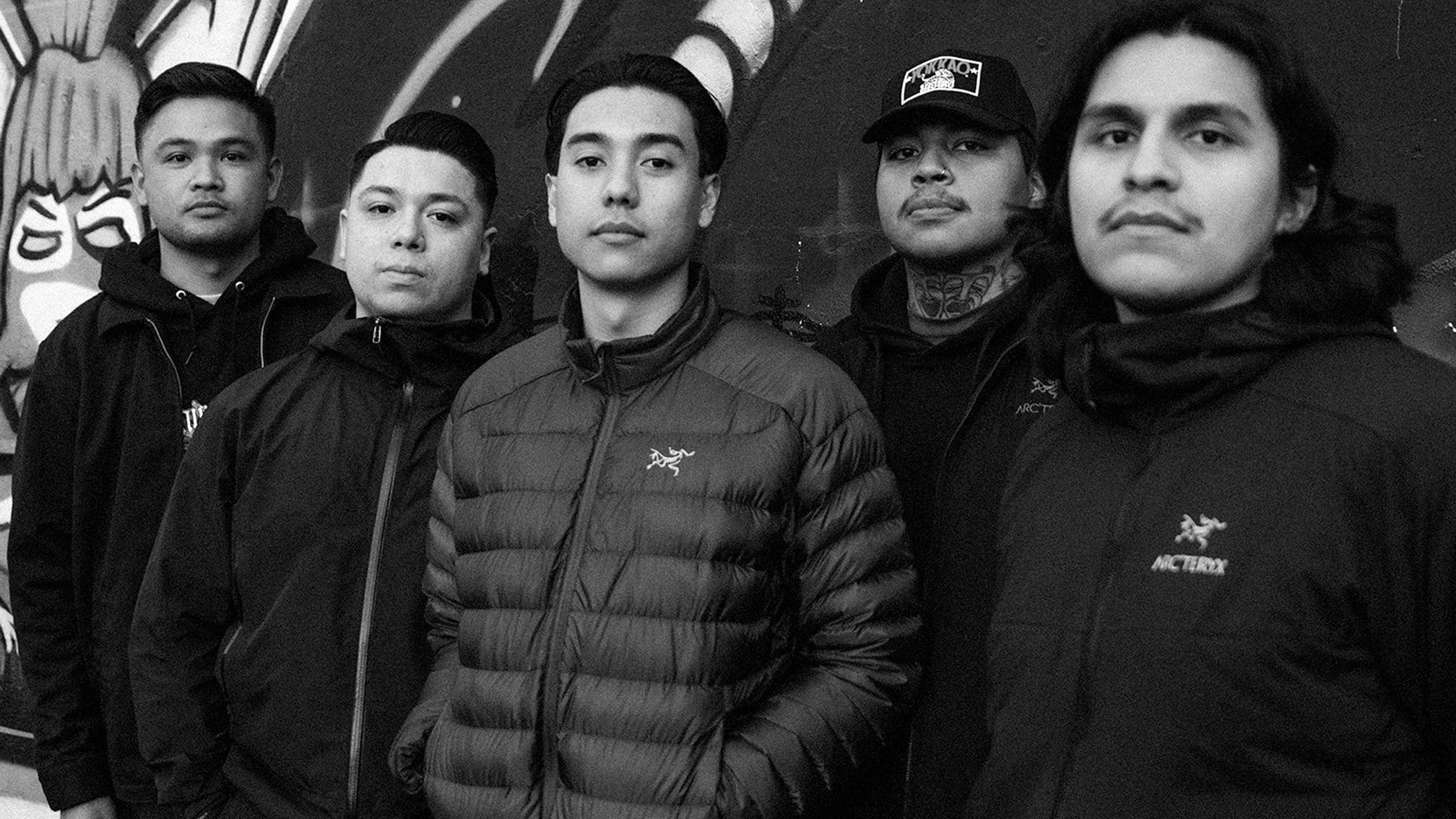 “I would describe it as, overall, a heavier sound.”

Understatement, your name is Justin and you sing for Field Of Flames. The vocalist is mulling over the reimagining of some older material for the San Jose hardcore band’s crushing new album Constructing A War Against You. Recorded with engineer Charles Toshio, who has also helped assemble records by Bay Area heavyweights Gulch and Scowl, the seven-song release draws out the influences from ’90s metallic hardcore in the band’s music, throwing in twin leads, tremolo picking and some savage chug sections, but its heaviness is often more of a feeling.

Take Besiege, an update on A War To Besiege from their 2017 demo, as a prime example: all the pieces are in similar places but this time around the song is executed with total control and certainty, beginning with the face-rearranging aggro of Justin’s performance. “We’ve always been fans of heavier music, but I think when we first started the band it was kind of hard to balance out those sounds,” the vocalist says. “So now that we have a more refined, fine-tuned version of these tracks and [an idea of] how we want the direction to go, it naturally comes out as a more heavy sound. It’s not forced.”

It’s clear that this shift hasn’t been workshopped and agonised over as much as it’s the product of Field Of Flames growing into their respective roles through the give and take dynamic present between themselves and their audiences. There is a fan-first focus that comes from within the group – who currently share members with Sunami and OC bruisers DARE – with many of the EP’s best moments tailor-made to kick things up a notch live. “I still actively go to shows and I like being involved with the crowd, you know, whether that’s being up front or moshing with my friends,” Justin says.

“I’m not one for stopping going to shows and only coming around when our band plays, it’s still something that I hold on to and use as an outlet. That’s why I don’t just play hardcore, I attend hardcore shows and support hardcore bands. It’s something I truly believe in, and definitely hasn’t gone away. I still stand by it, all the time.”

Another tenet of his life that’s represented by Field Of Flames is their status as a straight-edge band. They take a multifaceted approach to the subject that seems to acknowledge a level of personal nuance and self-awareness, whether that’s found in Justin situating edge as part of a wider lyrical perspective on his day-to-day life or the shirts that nod to history by riffing on the sloganeering favoured by bands such as Earth Crisis in the ’90s.

“I played in bands in the scene around San Jose growing up and there wasn’t really much representation for straight-edge in the way that I wanted, from the time I [started going to] shows at least until now,” Justin explains. “It’s something I’ve always personally integrated into my life and I’ve always been a fan of straight-edge hardcore bands from the past. I have a handful of friends that are also straight-edge. We wanted to start a band to pay homage to where we come from and to ride for that geographically in this part of California. It’s something we have in our life that we wanted to put into music.”

Justin was first introduced to heavier music by his cousin, who turned him on to Descendents and AFI right before My Chemical Romance enjoyed their commercial breakthrough. Soon after, he stepped onto a well-trodden bridge into darker realms by discovering Slipknot, and his cousin was on hand to lead him further into the carnage. “From there he showed me a lot of straight up hardcore bands,” Justin remembers. “Metalcore was really popular in San Jose at the time – I didn’t even know that my city had a local hardcore scene.

“But I saw so many [touring] bands like Terror, like Winds Of Plague, and to me all that shit was the same – it didn’t sound like one was a more deathcore sound and one was a more traditional hardcore sound. The first hardcore show I actually went to was in 2007, Evergreen Terrace and Casey Jones, I think August Burns Red played too, because it was one of their earlier tours, and the Warriors, who are also a really good band. That was my first time seeing traditional hardcore moshing, I guess.”

Justin’s interest later spread to Bridge 9 straight-edge bands such as Champion and Have Heart before settling closer to home. One thing that is eye-poppingly obvious about the San Jose-Santa Cruz and wider Bay Area scene is how eager its members are to get behind one another, and for a lot of the people involved that commitment spans years. Long before they were part of the buzziest hardcore hotbed going, they were putting shows on, cycling through bands and generally trying to keep things afloat with a resolutely DIY work ethic.

Constructing A War Against You’s title-track makes this plain, with Justin training his sights on fly-by-night fans who drop into the scene for cred before disappearing without contributing anything. ‘Like rats you breed, feeding on what’s not yours to keep,’ he screams. ‘Shatter your hopes, your fantasies. Field Of Flames is your enemy.’

“Our friend group is really all the bands that you see on the internet lately that are coming out of this area, people who have gone to shows for a really, really, really long time and truly believe in it,” Justin smiles. “I’m so glad to see that those are the bands that are representing this area, because I know how dedicated they are to this music and how long they’ve been around.

“And, you know, some people aren’t around anymore, but the people that still believe in it are the ones repping it the hardest, and they have been since they were teenagers. Now some of my friends and I are in our mid-to-late-20s and are still going hard with it because it provides so much for us. It’s only right to give back to it.”