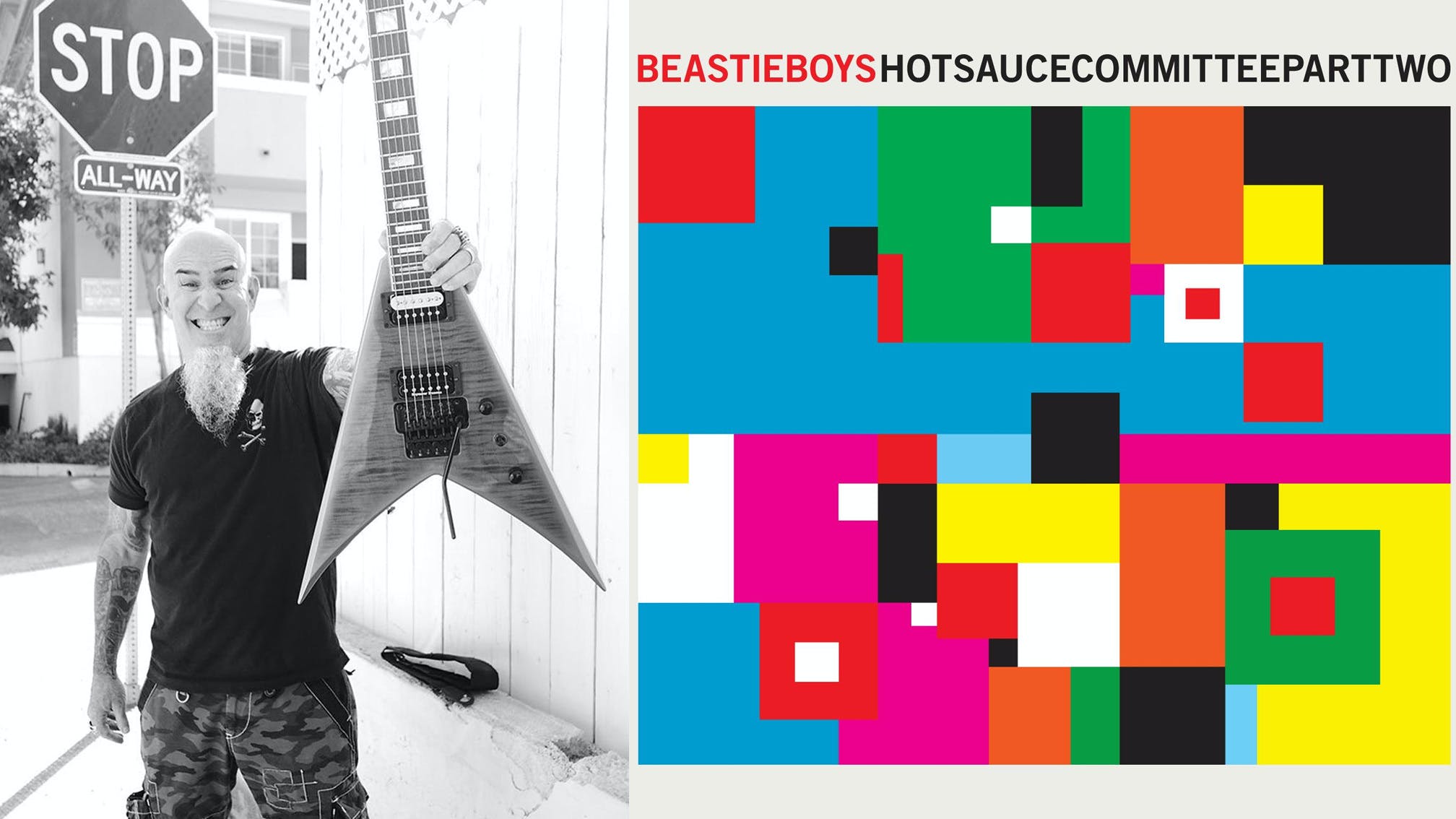 When they formed in New York in 1981, Anthrax and the Beastie Boys were two very different bands. But the Beasties’ hardcore-hip-hop would become a key influence on the thrash metallers, and their shared hometown. On the 10th anniversary of the Beasties’ final album, Hot Sauce Committee Part Two, and nine years on from the sad death of Adam 'MCA' Yauch, Anthrax guitarist Scott Ian remembers what the band meant to him, the rock scene and the Big Apple…

“I first heard of the Beastie Boys locally around 1983. I remember seeing the name spray painted downtown, but I’d never seen them live at that point. I was a big fan of the New York hardcore scene, but the worlds of punk and metal were still very separate in those days. If you were a long-haired kid, odds were you’d get beat up going to those shows.

“I got the Cooky Puss single when that came out, that was my introduction to them. I liked it a lot because it was so stupid and funny like, ‘What the fuck is this?’ I was already a big fan of rap music, so the Beastie Boys were right up my alley, because it had that vibe and energy. I loved the fact that they sounded like a bunch of kids yelling over some silly beats.

“I first saw them live in the early days of [1986 debut album] Licensed To Ill, at the Ritz in New York City, sold out. And I saw them with Public Enemy at the Capitol Theatre. That was an incredible night; seeing the intensity of Public Enemy juxtaposed with the frat boy party atmosphere of the Beastie Boys show… At that point in time, that meant as much to me as Iron Maiden and Motörhead. It was just amazing to see the genesis of that whole thing.

“I wasn’t surprised that they became global superstars. The first time I heard [1987 single] (You Gotta) Fight For Your Right (To Party!), I was like, ‘This is going to be fucking huge, this speaks to every beer-drinking, 16-25-year-old kid in America the same way Twisted Sister’s We’re Not Gonna Take It did’. It was an anthem in the right place, at the right time. It went straight into heavy rotation at MTV and was instantly everybody’s spring break party anthem.

“We were touring the UK around that time and we couldn’t believe the Beastie Boys were being demonised by the tabloids. It was like, ‘The world’s going to end because of the Beastie Boys’, it was fucking crazy. What did they even do? They were throwing beers around and there were scantily clad women dancing onstage. Come on, really, this is going to destroy our youth?

“I know the guys grew to hate everything about that record and the way they were back then, and I get it. The drinking and partying, that shit gets old after a while, and it’s easy to look at yourself and go, ‘Who the fuck is that guy?’ But hey, sometimes you’ve just got to ride the wave. It was a different angle than most other rap and hip-hop. They could all rap, they had the songs and they were giving you something completely different onstage than Run-D.M.C., Public Enemy, LL Cool J.

“They were a big influence on us. When we were writing I’m The Man, it was the biggest inside joke we could think of for us, this thrash metal band, to have a rap song where the main riff of the song was the Jewish folk song Hava Nagila. We talked to the Beasties and the idea was to have them be the MCs on it. But we were never able to work out schedules. You couldn’t cut vocals into ProTools and then email them back in ’86, you actually had to get in the room. So it never worked out. We figured, let’s just lay down the parts as a Plan B and we totally aped the Beastie Boys. I was MCA, Frankie [Bello, bass] was Ad-Rock and Mike D and Charlie [Benante, drums] was this other thing. We did our best Beastie Boys impersonation and thought it was cool. We figured that if nobody likes this, who cares? We’re putting it out as a B-side in the UK, so if people hate it, it’ll go away quick. And, of course, it was the opposite reaction and it fucking exploded. I remember bumping into the Beastie Boys at a show and they were like, ‘Hey, whatever happened with that track?’ I was like, ‘Oh shit man, we ended up doing it,’ and they were like, ‘No worries, it’s probably better that way anyway…’

“They meant so much to New York as well. Back in the late ’80s, I was coming out to LA a lot to hang out with friends. We would go and play basketball at this elementary school on Wonderland Avenue in Laurel Canyon. And the Beastie Boys would always play basketball at this court too. We didn’t really know each other from New York, although obviously we’d bumped into each other a few times. And it was kinda ironic, all these New Yorkers playing basketball together – in Los Angeles.

“But even when you’re in LA, you never lose being a New Yorker, so it made sense to me that the New York thing was always there in their music. I bumped into Mike D maybe two years ago at a restaurant, we talked for a couple of minutes and it was so nice to see him. I haven’t seen Adam Horowitz in ages but they’re like my bros, and every New Yorker feels that way, whether you’ve ever met them or not. If you’ve ever listened to them, it feels like you’ve hung out with those dudes, even if you never have.

“As a band, they were hugely influential on rock, even into the ’90s and 2000s, on nu-metal or whatever you want to call it, plus the alternative scene. They were constantly reinventing themselves and surprising their audience, and they always delivered. They had many decades of that. Like, after Licensed To Ill, they put out [1989 album] Paul’s Boutique and I loved it even more. It was a flop because it didn’t have Fight For Your Right on it, but it was the record they wanted to make and it’s a fucking masterpiece. I put that record on the same level as Pink Floyd’s The Dark Side Of The Moon or Bob Dylan’s Blood On The Tracks. It’s a piece of art. Yeah, commercially it was a failure but you know why? Because it’s fucking genius – and anything that good will never be embraced by the masses.

“The best thing you could say about any band is that they did something new and original – and the Beastie Boys took all their influences: punk rock, hardcore, rock and rap, threw it all in a pot and look what came out! They put their own branch on the tree of rap. They were true originals.”