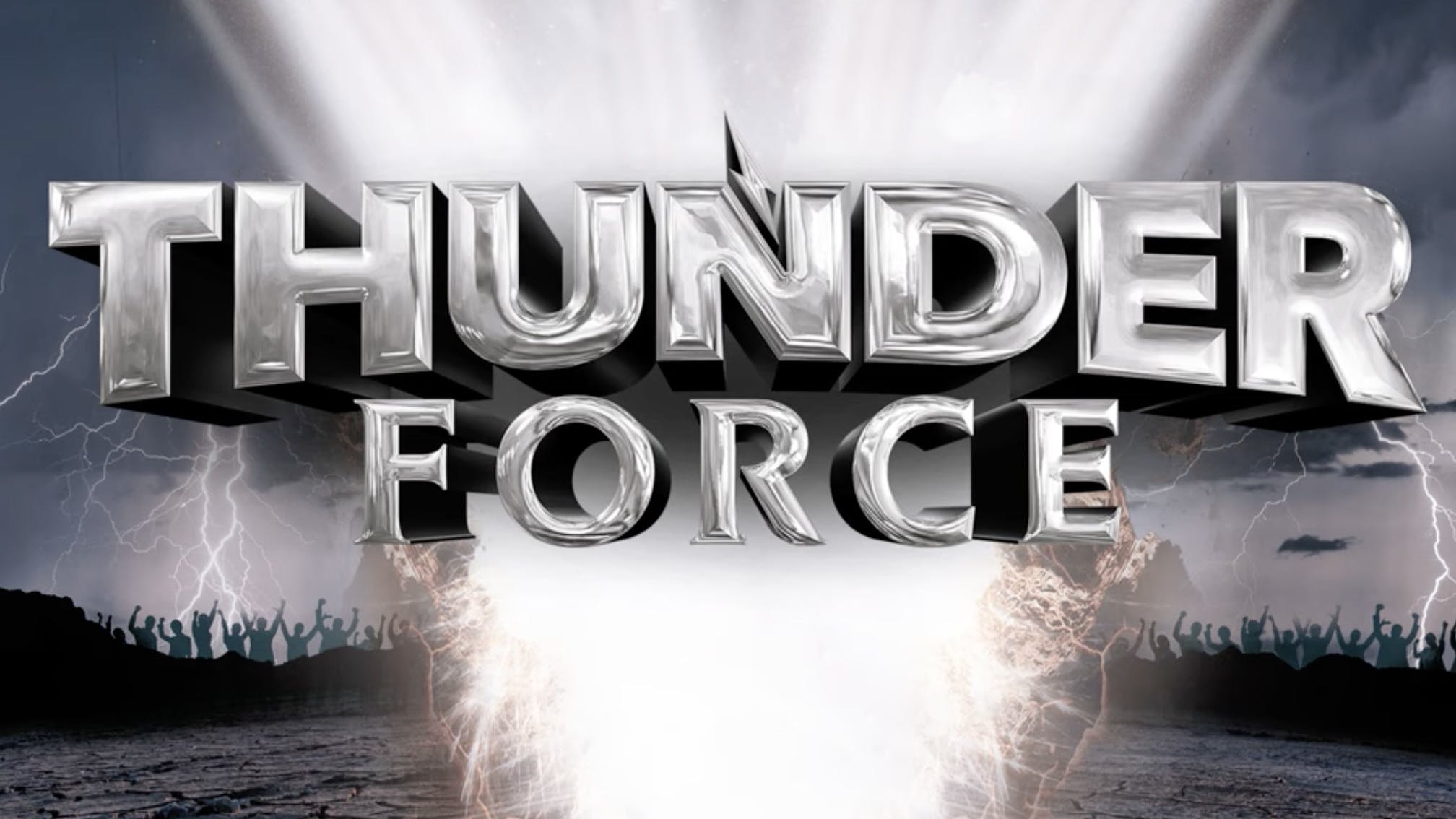 Rock and metal legends Corey Taylor, Lzzy Hale, Scott Ian and Dave Lombardo have teamed up with composer Fil Eisler and musician Tina Guo for Thunder Force, the lead single from the soundtrack to the upcoming Netflix film of the same name – and, according to Anthrax titan Scott, it "kicks fucking ass".

Ahead of the movie's premiere on April 9, Thunder Force (the song) has been shared via Milan Records, with Slipknot's Corey enthusing: "It was awesome to work on this track with Lzzy and be a part of the film Thunder Force. It is always nice to be creative and work with other artists in the community – especially during this extended time at home. I'm excited for everyone to hear the song and see the film!"

"I’m beyond excited to be included on the Thunder Force soundtrack, surrounded by friends, representing the genres I love so much: rock and metal!" adds Lzzy. "You won’t know what hit you! Remember, lightning never strikes if you can't force the thunder!"

Read this: Corey Taylor: "My reasons for making music have never changed"

"I have had the privilege of working in the music industry for over 35 years,” continues Dave Lombardo. "There is something incredibly exhilarating about performing onstage, specifically the edge that comes with the off the rails style of music I play. Working with Fil Eisler on Thunder Force somehow captured that same feeling. This score is a powerful musical engine. It was a pleasure to be a part of the team that helped this come to life."

Composer Fil Eisler says, "One of the great things about scoring movies is that I get to play in a lot of different musical sandboxes and occasionally the opportunity comes up to invite in some special guests. Anthrax and Slayer played a huge part in my childhood and I’ve been a fan of both Corey [Taylor] and Lzzy [Hale] for years, so when the idea of doing an orchestral metal score came up, it was a perfect excuse to go straight to the source. Why fake it when you can work with the real originals! It was honestly one of the most outright fun experiences of my scoring career so far.”

Featured musician Tina adds: "Working with living legends on this soundtrack for a film that features two ordinary women turned superheroes has been incredible. I feel the same way whenever I pick up my electric cello and feel my own transformation from causal nerd to screaming banshee. I cannot wait for everyone to hear it!"

Thunder Force is about "two estranged childhood best friends" who "reunite after one devises a treatment that gives them powers to protect their city", and will be released on Netflix next week.

Read this: Lzzy Hale: The 10 songs that changed my life