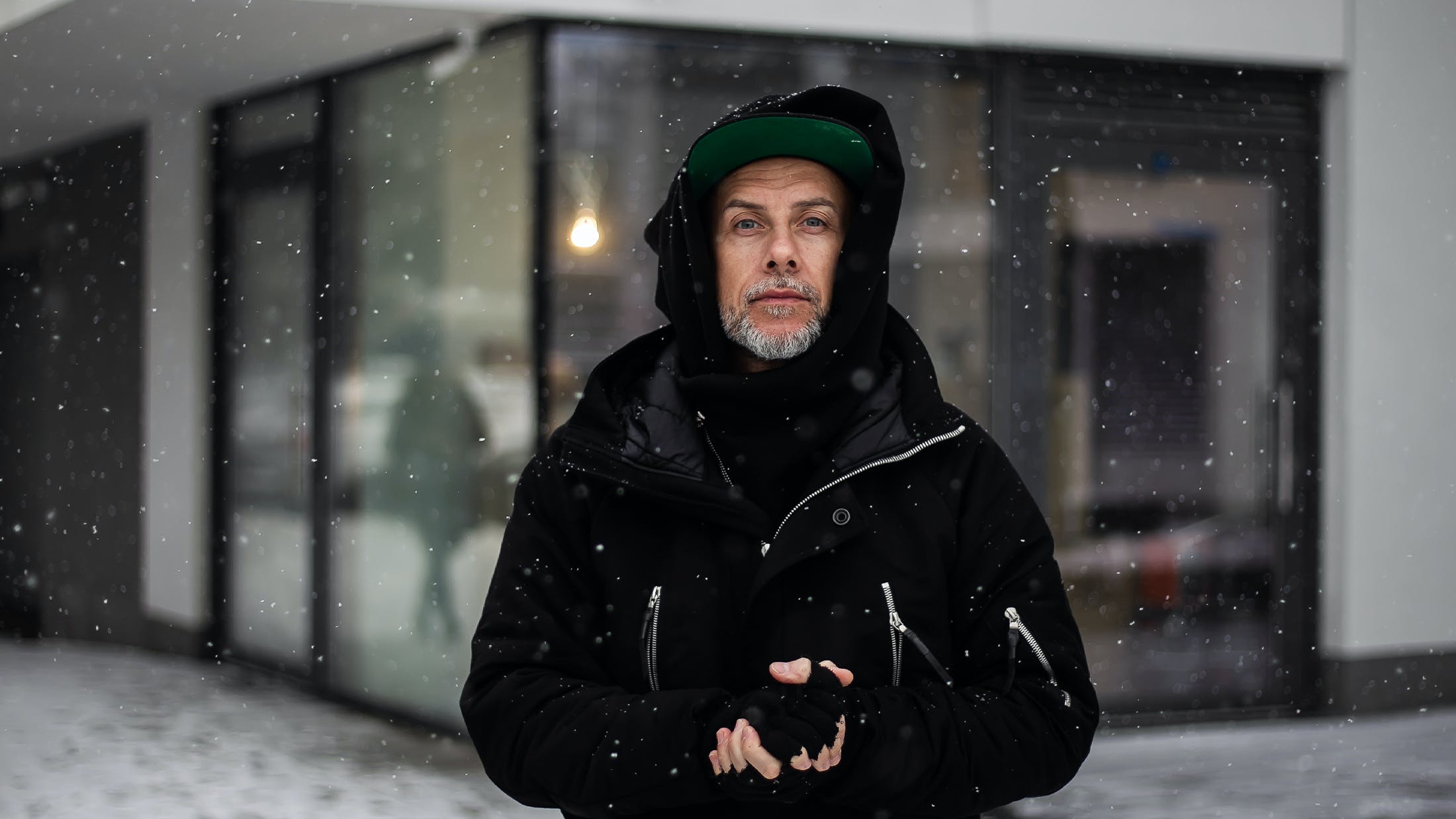 Every day is Christmas for me; I don’t really need a date on a calendar to decide whether I'm going to make a day special. Of course, there are heathen traditions that I could celebrate with rituals, but I'm more just aware of them and cherish them in the heart. And I'm not a lonely planet. I pay attention to what's happening around me, so maybe I'll go out with the team behind my beer, or my barbershop team. We might go out and have dinner together and I know they pay more attention to these traditions. I don't, but as long as I can be with people that I like and respect, that's fine.

As for the past year and looking ahead to the next, I’m quite ambivalent. Behemoth celebrated XXX Years Ov Blasphemy and I could never have imagined that happening. I started the band when I was 16, and the furthest I could see was releasing a demo tape with a Xeroxed cover. So anything that's happening to me in my life has been a fucking miracle – I shouldn't be mentioning that term, but you know what I'm trying to say. Okay, I did work my ass off for the position I'm in now, but I'm extremely grateful and whenever I look back and reflect on my accomplishments, it’s been very worthwhile. There’ve been lots of fuck-ups but I don't regret a single thing. And there are lots of exciting things in the pipeline, so it's a good position to be in.

So as a band and as a person, yes, I'm very happy, but I’ve been reflecting not only on three decades of Behemoth history but also humankind's history. How things are coming back in cycles and our freedoms are being eroded and censored. I'm not very optimistic at this moment. Generally speaking, it's a clusterfuck. And on top of that I'm from Poland and I see what my government is doing to the country, and how my government is warring with all its neighbours. I don't want to be a bad prophet but there's a lot of tension all around and I'm struggling to breathe in and out.

On the one hand I'm working on the 12th Behemoth album. It will probably be released no-matter-what next year, and I would love to back it up with a massive touring campaign… but if it happens, who fucking knows? I released the Me And That Man album that I'm so proud of and the reception was great, but I cannot go and tour the fucking UK or wherever I want in the way that I want. I'm tired. I'm exhausted and I don't see the light at the end of the tunnel.

I made a post showing myself getting the booster shot and got some different reactions. I got an email from a guy in Germany saying, ‘I love Satanism and all your stuff but since you called me an idiot it's no more Mr. Heretic.’ And I'm like, ‘You just confirmed that you are an idiot.’ So whoever's reading this, don't be a moron. In the first place, of course, we want to save our own ass, but the easiest thing to picture is my father. He's been hospitalised twice within the last few months. If you don't get vaccinated and if you get the virus, you have a higher chance of ending up in the hospital. It's very easy maths; it’s science. If you get vaccinated, there is very little chance that you get hospitalised. If you go to the hospital, you are taking my father's bed. Please don't do that. Please be smart and think about people who might not make it, who might get in serious trouble.

So I'm trying to be as reasonable as I can be. I know the world is polarising: the black is blacker, the white is whiter. We are in a very unfortunate position as humankind and the geopolitical map of the world is on very shaky ground. I'm very concerned, so I won't be just staying calm – ‘Oh, if you say something, you're going to offend some of your fans!’ Do not fucking buy my album, just save my father's life, you know? Don't buy the record, I don't give a fuck about that, it's just another product at the end of the day. Be smart about the health of other people. Be concerned, don't be a covidiot.

If the world does hold together, 2022 will be a big year for Behemoth. First of all we have new music that I'm very excited about, but I'm not going to spoil a thing just yet – I'm sorry for that because I love Kerrang! and appreciate all the support you've given us. The time will come when we give you all the information you need, but for now I’ll just say we hired a top-class mixer to work on the record and it’s the next step – a new level for us. It's still us. Behemoth is Behemoth like Slayer is Slayer and Gojira is Gojira, but it just feels so fresh and rejuvenated and empowering, and I can't wait to unleash that on the Albion legions in mid-2022.

We’ll also be headlining Bloodstock again, which Behemoth is beyond excited about. I remember when I was released from hospital, we weren't quite starting from scratch but we were building the band's position when Bloodstock put us on as headliners, and they were one of the very first festivals to put that trust in us. The festival and the people behind the festival are dear friends of mine and they hold a special place in my heart.

If I have a final message, it’s to stay away from trouble, stay healthy, stay strong. Let's come together, support each other, be concerned about each other’s health. And hopefully we will reunite, rejoin forces in 2022 and the world will start unplugging. Because that's what we all need. Cross fingers and send good energy into the universe so that process will speed the fuck up!