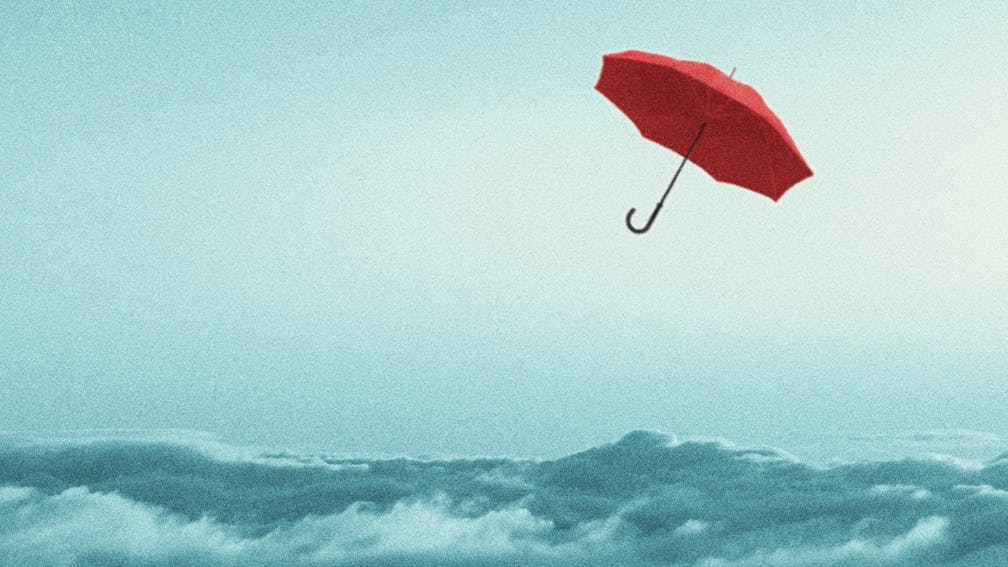 To call Mayday Parade’s first new music since 2018’s sixth album Sunnyland an EP is a bit of a stretch. At three songs and a little over 10 minutes long, Out Of Here is almost over before it starts. That said, it’s quality, not quantity, that matters, and on that score, the EP acquits itself well. All three songs – opener First Train, Lighten Up Kid and closer I Can Only Hope – teem with the overwrought emotion that has defined the band since they formed in 2005, a catchy angst that shows no sign of diminishing anytime soon. Yet while matters of the heart weigh do heavy here, there’s both light at the end of the tunnel lyrically, and a light airiness to the songs themselves.

I Can Only Hope, for instance, starts out as more of a dark, Manchester Orchestra-esque lament over some minor-key acoustic strumming, before a burst of full-on ’80s noodling that Bryan Adams would be proud of turns it into a buoyant anthem of, well, hope. That defiant attitude flows through the other two songs, too. The crunching riffs that kick off First Train are at first accompanied by a sense of pained sadness, but that transitions into an unquenchable drive to escape and move forward instead of holding onto the pain of the past. Similarly, the jubilant tune of Lighten Up Kid – the most pop-punk song on offer here – matches the song’s title, its infectious hooks and chorus riddled with an uplifting positivity, but one that knows what it’s like to also be down in the gutter.

It all makes for a more than decent addition to the band’s catalogue, and shows they’re still able to write songs that sound fresh and invigorating. It won’t change the world, but as the world continues to fall apart, Mayday Parade do offer a welcome slice of optimism.

For fans of: The Dangerous Summer, Manchester Orchestra, All Time Low

Out Of Here is released on October 16 via Rise Records

Mayday Parade's Derek Sanders gives us the skinny on their new EP Out Of Here, and reflects what could be the secret to the band's longevity