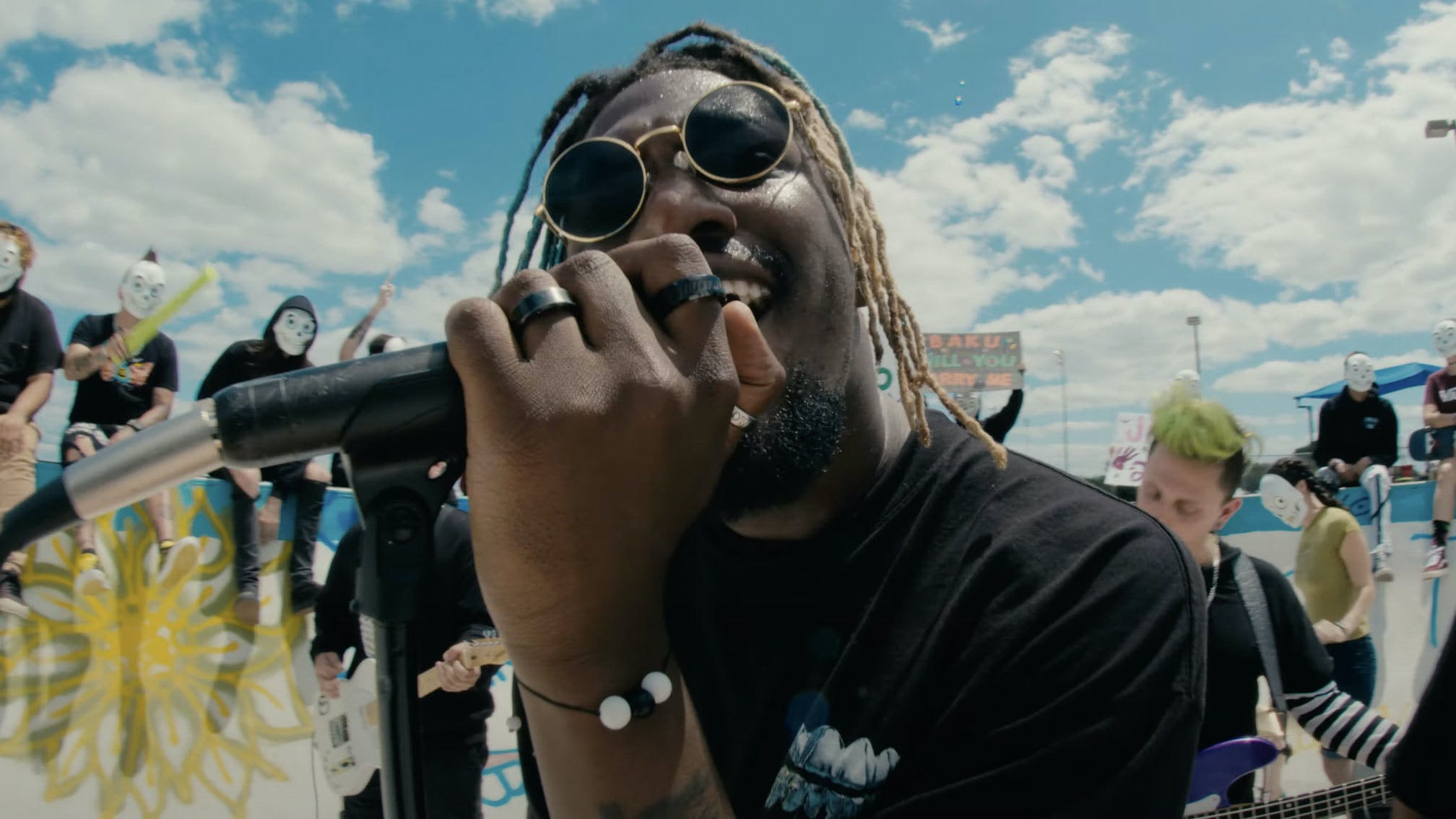 As they gear up to hit the UK next month, Magnolia Park are getting fans warmed up with a new single featuring Mayday Parade's Derek Sanders, Feel Something.

The song is taken from the band's just-announced Heart Eater EP, which is due out on June 10 via Epitaph and was recorded in a “whirlwind week” in Los Angeles with producers Matt Malpass, Andrew Wade and Andy Karpovck.

Speaking about Feel Something, guitarist Tristan Torres explains that the inspiration “is about wanting to live in the moment and the desire to be present. The recording process was super fast. Fred came up with the chorus and we finished the instrumental and verses together in a couple of hours. We got lucky enough to make friends with Derek from Mayday Parade and he hopped on the track. The music video was insane – we asked some of our fans (family) to come out and dress as our Character Baku. We had so much fun jumping around and hanging out with everyone.”

Check out the Heart Eater tracklist:

And the EP artwork:

Catch Lil Lotus and Magnolia Park at the following:

Read this: The Sound Of 2022: The new artists reshaping rock music

Mayday Parade's Derek Sanders gives us the skinny on their new EP Out Of Here, and reflects what could be the secret to the band's longevity