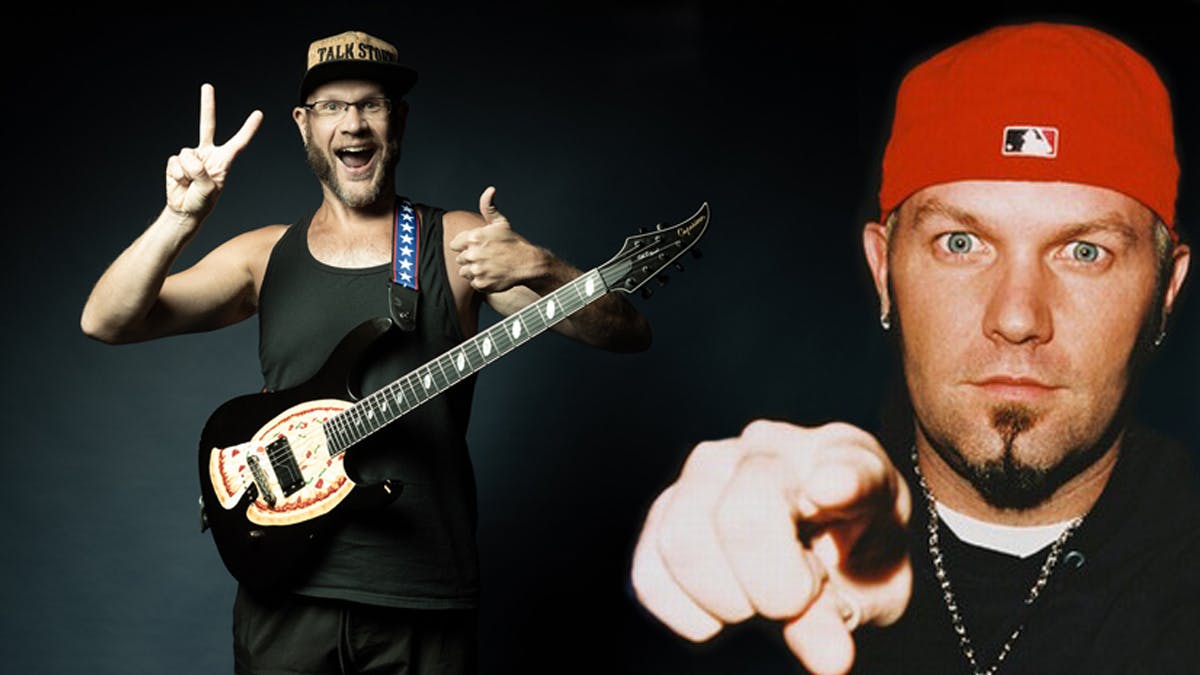 When metalcore emerged in the later '90s and early 2000s, it not only had a tight-knit scene of bands helping to support one another, it also had an enemy against which to rally. The dominant guitar-based musical life form at the turn of the millennium was undoubtedly nu-metal, a genre which started out edgy and unhinged but which eventually became polished, gaudy, and plagued by substance abuse and drama. So when the New Wave Of American Heavy Metal crested in 2002, the bands therein not only matched the nu-metal movement, they revealed it for what it was -- and killed it off.

In the latest episode of Inside Track, our new podcast where rock's biggest names tell the true stories behind some of music history's most historic moments, the pioneering musicians of the metalcore days speak about how the genre emerged and flourished. One of them, Doc Coyle of Bad Wolves who started off as the guitarist in groundbreaking New Jersey metalcore crew God Forbid, explains that the commonly-accepted history about heavy metal's demise in the '90s isn't entirely accurate.

But Doc is also blunt about how quickly nu-metal's popularity went under in the face of metalcore. He's quick to note that the big bands of the genre stayed alive -- but he also notes that while we think of nu-metal as fertile creative breeding ground now, at the time it was just the mainstream rock genre loved by your typical poser.

"I don’t know if people have a great sense of things, but that group of bands are kind of what killed nu-metal in the early 2000s," he says. "Nu-metal never really went away, but it definitely was a dirty word, and it was uncool to be nu-metal. And obviously many of the bigger nu-metal bands never stopped being huge, but just in terms of the choice aesthetic of the moment."

Listen to the full episode below:

To hear more of the most insane true stories behind rock’s most massive historical moments, SUBSCRIBE to Inside Track wherever you get your podcasts.

Sum 41 Once Trashed Their Producer's Room While Tripping On Mushrooms

In the latest episode of our podcast Inside Track, Sum 41 reveal one of the wackiest moments while recording their debut album, All Killer No Filler.

Tomorrow: Sum 41 Reveal The True Story Of Their Smash Debut On Our Podcast

In the latest episode of Inside Track, Sum 41 discuss how they went from a local Ontario band to international pranksters.

In the latest episode of our podcast, Inside Track, Fall Out Boy sets the record straight about their 2009 break.

In the latest episode of our podcast, Inside Track, Fall Out Boy take us through their 2009 decision to take a break, their 2012 reformation, and the hit songs that would follow.