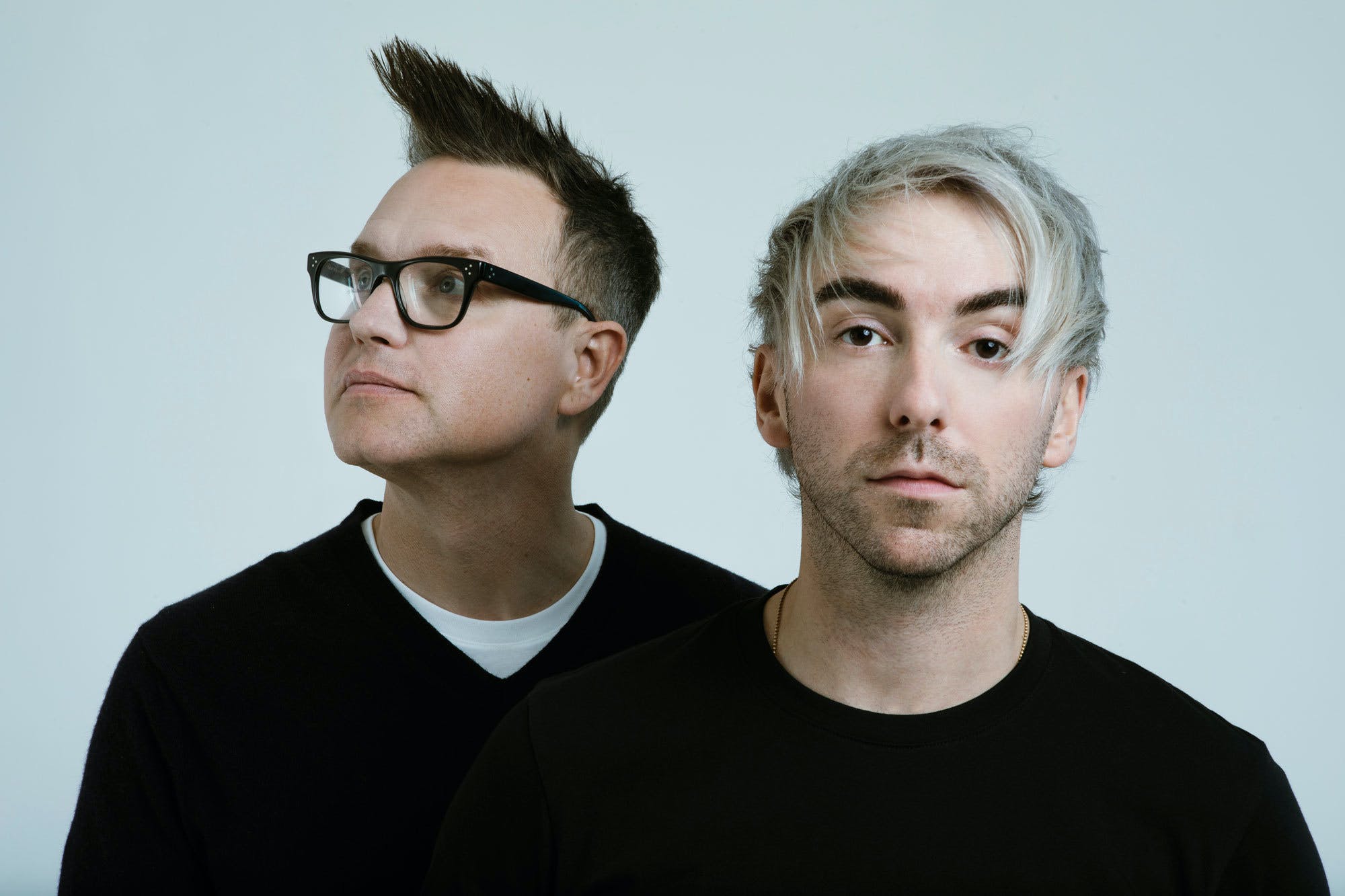 Last week, news broke about Alex Gaskarth and Mark Hoppus' new project Simple Creatures, and the internet was set aflame. Two of the biggest ever names in pop-punk coming together in one band to make... not pop-punk?

Debut single Drug is owes more to pop with its programmed percussion and electronics, but still with a fuzzed-up guitar injecting a gritty rock edge, and dual vocals from Alex and Mark.

Kerrang! spoke to Mark and Alex about the influences behind Simple Creatures, and where the men's tastes cross over.

“We’re both deeply sad people on the inside," says Alex, "that dark pop, goth, emo thing. The Cure being a massive one."

“Those worlds collide for us. Outside of that, I think the punk rock thing we both came up on [was there too], where everything had a little bit of edge and grit. The sensibility that you can have these weird, out-there, pseudo pop songs and lace them with real emotion and darkness. That was a big part of what went into these tunes.”

Mark agrees. “There were many, many times during the recording process that we referenced The Cure sounds, or the way that Robert Smith writes. He’s obviously a huge inspiration for me. I think Alex and me come from a catchy punk rock background. For me, I grew up with Descendents and Bad Religion. For Alex it was blink and probably Green Day. I think we both have the same foundational core of catchy, energetic songs.”

Get the full story behind how Simple Creatures came together, and their plans for the future, only in the new issue of Kerrang! – out Wednesday January 30.