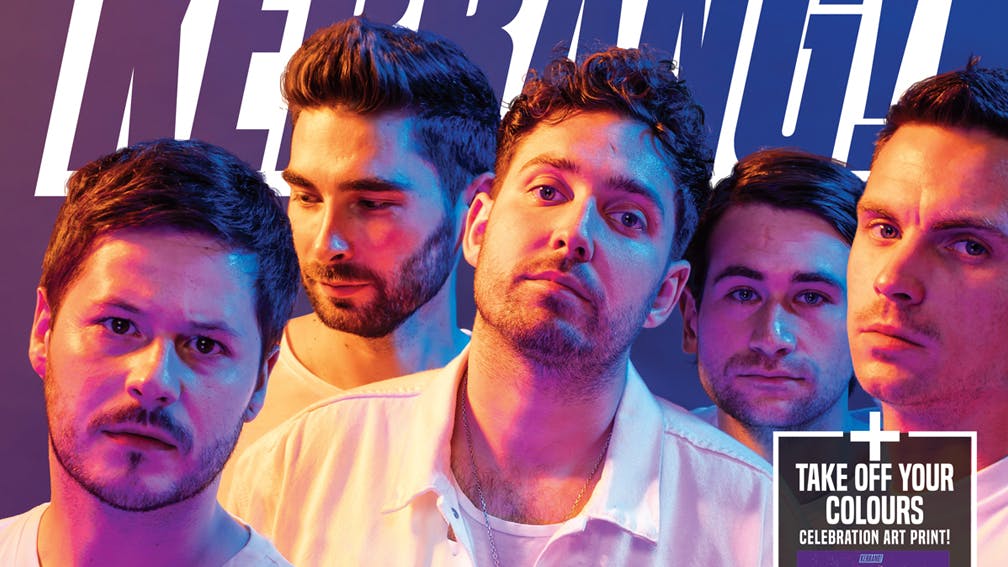 After the disappointments that spoiled the experience of previous album Night People, You Me At Six had to regroup and rebuild the band from the ground up. Reconnecting with their past to help shape the future, VI sees the Surrey quintet firing back and doing what they do best…

We've also got an extra treat for you this week: as an exclusive bonus, fans will receive a free lyric sheet, each individually hand-signed by the full band, when ordering this week's edition of Kerrang! for delivery around the world via Newsstand.co.uk/Kerrang. Numbers are strictly limited, so don't miss out!

Elsewhere in the mag this week, Greg Puciato talks us through life before, during and after The Dillinger Escape Plan, Ghost's cult spreads like the plague, Slash takes us inside his new album with Myles Kennedy And The Conspirators, and The Wonder Years and Mayday Parade reflect on the long, wild journey that brought them together to co-headline in the UK.

In the reviews section, meanwhile, flamboyant art-rock brothers Palaye Royale hone their craft on compellingly OTT second album, and Good Charlotte get reflective on their deep, poignant seventh record. On the live front, twenty one pilots take A Complete Diversion and tease their new era with a one-off extravaganza in London; Incubus return from the wilderness with the odd flash of brilliance; and hotly-tipped Brit riff-slingers Puppy finally play their first headlining tour.

We've also got an Avenged Sevenfold poster special for you, featuring a bunch of lovely new snaps of the Huntington Beach titans for your walls.

All this and more is available in the new issue of Kerrang! – which you can get anywhere in the world when you order online through Newsstand. But for UK residents, it hits the shops on Wednesday, September 19 from all good newsagents.