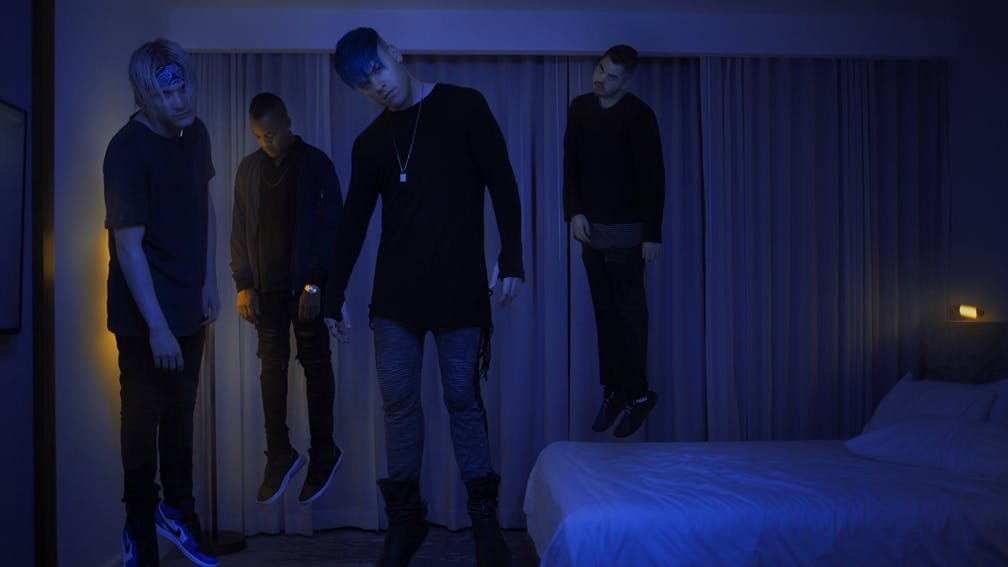 Ahead of the release of their new album in February, Set It Off have dropped two brand-new tracks.

As well as the new songs – For You Forever and Dancing With The Devil – the pop-rockers are looking for fan input on which of the tunes should get an official video.

"Dancing With the Devil is a story of betrayal," he says. "It unfortunately happens more often than it should that I someone we work with or someone we get close to in our lives feeds us lines of support and love, reels us in with a false sense of connection, and then whenever they feel like we can’t feed their needs, they cut the line and watch us drown. To me, that severance is fuel. That betrayal and abandonment is a reason to prove something, and the chip on the shoulder grows. This world is a tough place, but we have to be tougher and keep our eyes open so we don’t end up Dancing With the Devil."

Meanwhile, For You Forever is Cody's "way of putting myself in the shoes of someone else when I was single. I was stubborn, I didn't want a serious relationship, and I'd always let the other person know that. However, sometimes feelings grew, and I pushed them away because I felt I wasn't ready, but it wouldn’t always stop them from waiting for me. This song collects the multitude of emotions that circulated through those situations from start, to end, to even how their friends may have advised them. It was a seriously humbling and vulnerable song to write, but sometimes you have to call yourself out."

Listen to them both below. Set It Off's new full-length, Midnight, is due out on February 1 via Fearless Records.

Catch Set It Off live at the following: