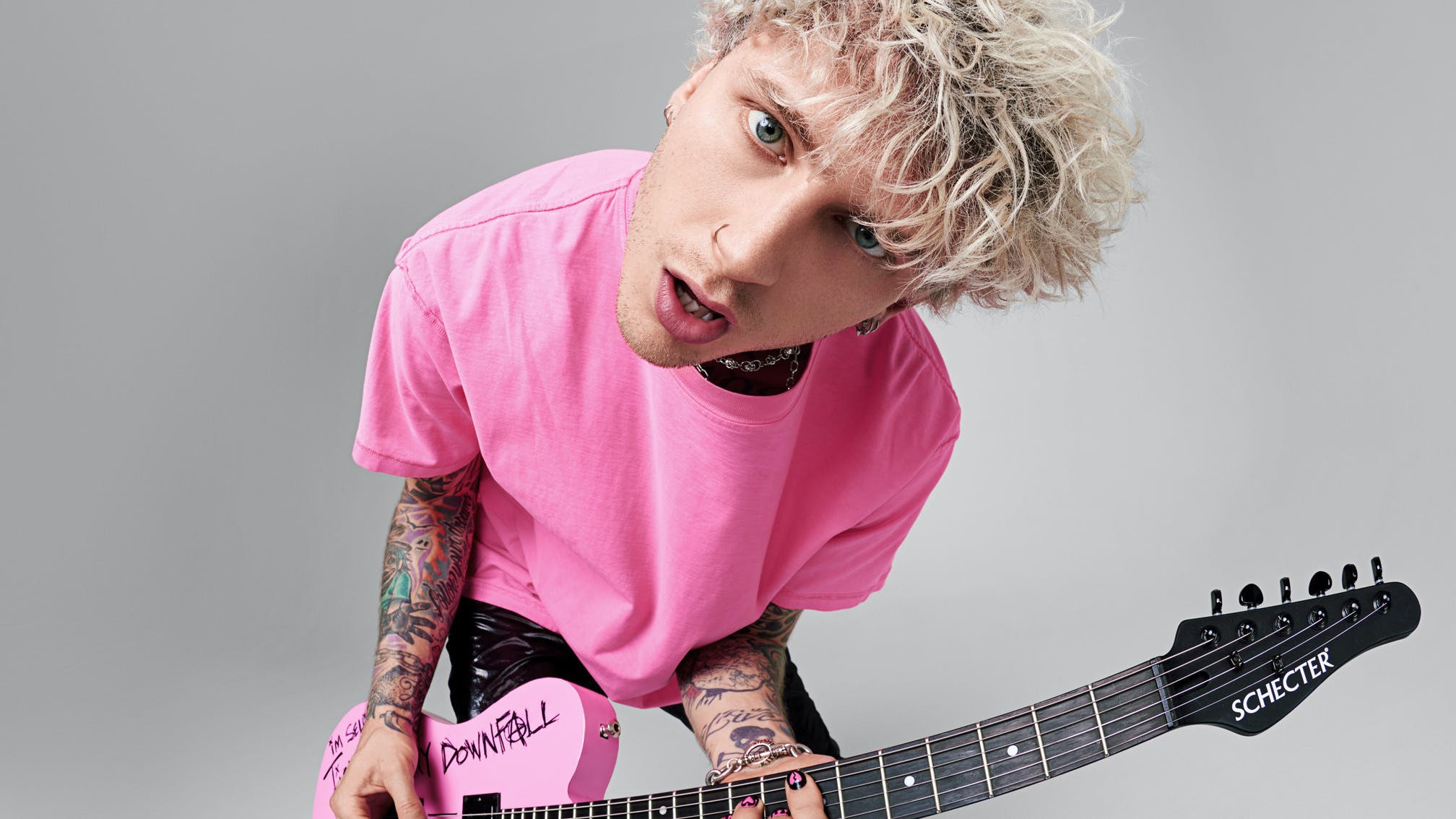 Machine Gun Kelly has revealed the title of his new album, although being Machine Gun Kelly he couldn’t just tweet it. Instead, those wondering about the follow-up to last year’s Tickets To My Downfall had their question answered when Kells and producer/blink-182 drummer Travis Barker took to Instagram to show off their new tattoos bearing the record’s title: Born With Horns.

Presumably he’s not now going to do a Kanye West and change the name at the last minute. That would be silly, now that he's put it in writing. On his skin. Forever.

READ THIS: How Machine Gun Kelly became the most important rock star on the planet

During an Instagram Live chat last month MGK revealed that he’s been working on new music which he plans to drop in a couple of weeks.

"I’ve been filming a movie this month and getting ready for the next album rollout and this tour,” he confirmed. "I’m excited for the album; you know, me and Travis, we got back in [to the studio] and everything’s just falling into place and I feel really happy with everything.”

Machine Gun Kelly plays Reading and Leeds festivals on August 27-29, as well as ALT+LDN festival in London on August 30.

Then he's heading out across the United States at the dates below.