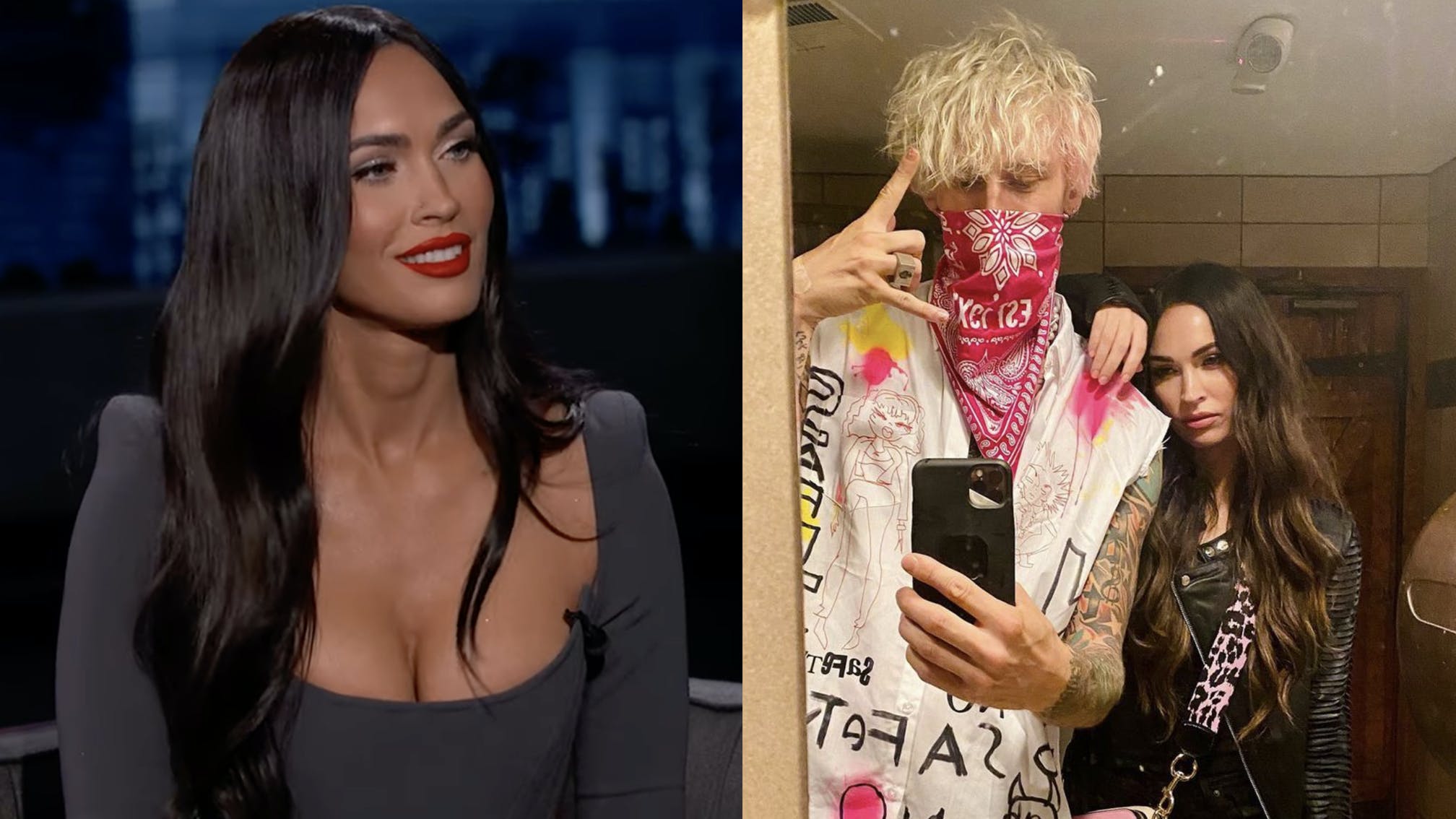 From gory neck tattoos to painting his tongue black, Machine Gun Kelly's style is nothing short of eye-catching. And in a new interview on Jimmy Kimmel Live, MGK's girlfriend Megan Fox says the pair often coordinate as she likes to "elevate" herself to his more out-there level.

When asked by guest host Arsenio Hall about their outfits, Megan explains, "That’s something I started with him, just because he’s such a flamboyant dresser that I can’t really pull off just like the sweatpants and the yoga gear anymore; I have to elevate myself to his level.

Read this: twenty one pilots: Every album ranked from 'worst' to best

After chatting about their clothing choices, Megan also spoke of a recent holiday to Costa Rica with Kells in which they took ayahuasca.

"I was thinking it was like glamping, like it was gonna be some kind of five-star experience…" she admitted. "But you get there and you really are in the middle of the jungle, and you don’t get to eat after 1pm. You have to walk a very far distance to get your water, and you can’t shower because they’re in a drought. There was nothing glamorous about it, and it’s all a part of making you vulnerable, so you sort of surrender to the experience."

She called it "such a good bonding experience", but added of the actual feeling after taking the tea: "Everybody’s journey is different, but on the second night I went to Hell for eternity. Just knowing it’s eternity is torture in itself, because there’s no beginning, middle or end. So you have a real ego death… it just goes straight into your soul, and it takes you to the psychological prison that you hold yourself in.”

"So it’s your own version of hell, and I was definitely there."

In other news, MGK said last week that he'd be releasing new music in August. "I’ve been filming a movie this month and getting ready for the next album rollout and this tour," he enthused. "I’m excited for the album; you know, me and Travis [Barker], we got back in [to the studio] and everything’s just falling into place and I feel really happy with everything.”