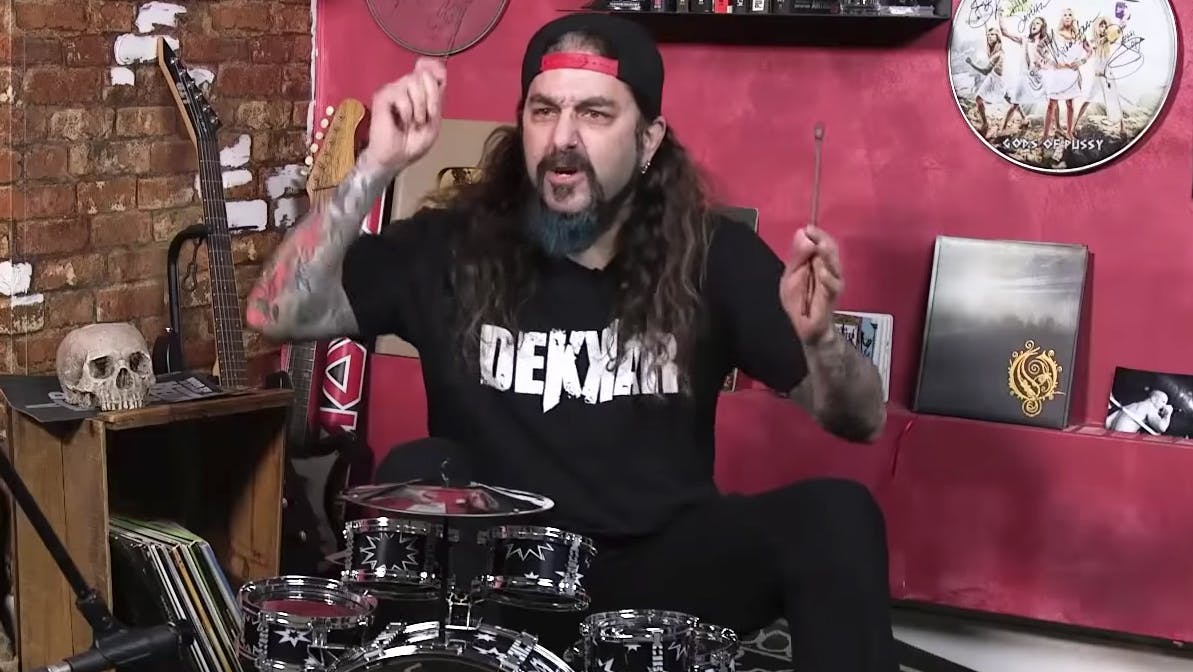 Sons Of Apollo drummer Mike Portnoy has paid tribute to his hero Neil Peart in a rather unique way... by playing a selection of Rush songs on a kids' drum kit. And not just any kit, a poorly made kit if Mike's reactions are anything to go by.

“What the hell is this crap?” asks Mike as he enters the room to see the instrument he's been given. “Neil was one of my biggest heroes of all time and this is what you give me to work with?”

READ THIS: Neil Peart: The drummer who inspired a generation

He continues to moan that it lacks Neil's double-bass, tubular bells and gongs, but is willing to work with it, firing out YYZ and The Spirit Of Radio before falling off his stool and kicking the cymbal off.

Eventually, with the heckling from his bandmate Bumblefoot, he instigates a game of Name That Tune with Rush songs – including Lakeside Park and The Body Electric.

The drum kit is now being auctioned off for charity.

“Losing Neil has been truly devastating and heartbreaking and I don’t want to make light out of that. To get serious for a moment, we are going to auction this off," says Mike. "I’m gonna sign it and the proceeds for this are going to go toward brain cancer research.

"I just wanted to say, Neil, rest in peace. You’ll always be my hero and I love you. Thank you for everything.”

Neil Peart passed away last month at the age of 67 after a three-year battle with brain cancer.