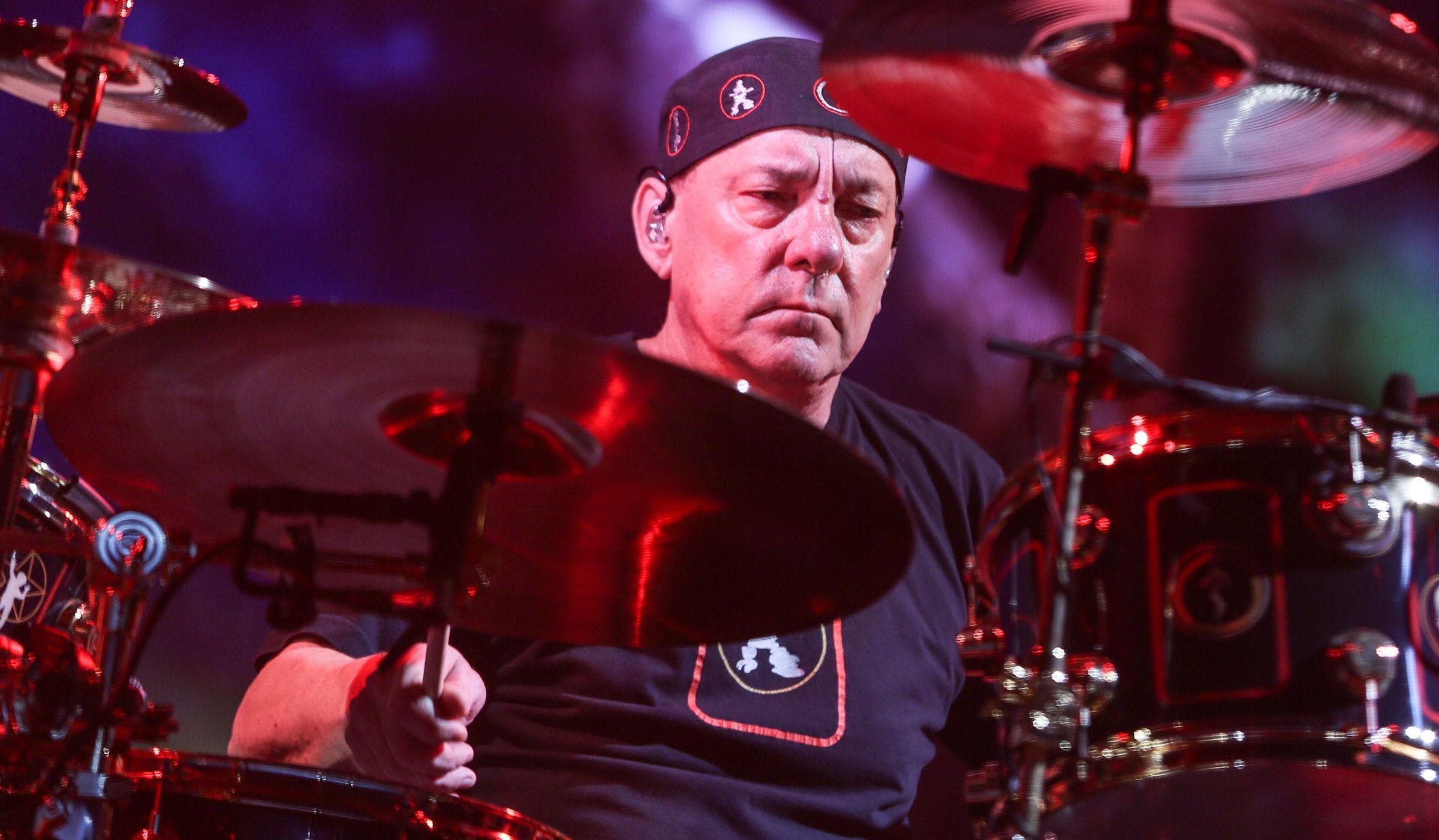 Neil Peart, Rush drummer and lyricist, has died at the age of 67.

One of the most influential drummers of all time, Neil passed away on Tuesday, January 7, in Santa Monica, California, following a bout with brain cancer over the past three years, according to Elliott Mintz, a spokesperson for the Peart family, as confirmed via Rolling Stone.

Rush has since also confirmed as much, tweeting from their official account that they are devastated by the "terrible news that on Tuesday our friend, soul brother, and band mate of over 45 years, Neil, has lost his incredibly brave three and a half year battle with brain cancer (Glioblastoma)."

Neil is best known for his intricate, meticulous style of playing in the Canadian progressive rock band whose career spanned a total of 50 years. He and vocalist/bassist Geddy Lee and guitarist Alex Lifeson united to become one of the biggest rock trios of all-time.

Neil's influence cannot possibly be overstated – nearly every famous rock drummer, from Stewart Copeland of the Police to Dave Grohl of Nirvana and Foo Fighters, has, at one time or another, nodded to Neil's playing. “It was really the first time I ever heard a drummer in the forefront of the band,” Dave Grohl once recalled. In 2013, Dave and Foo Fighters drummer Taylor Hawkins inducted Rush into the Rock & Roll Hall Of Fame, and also performed a section of 2112 with the band.

Rush's final tour was in 2015, as Neil was keen on spending more time with his family.