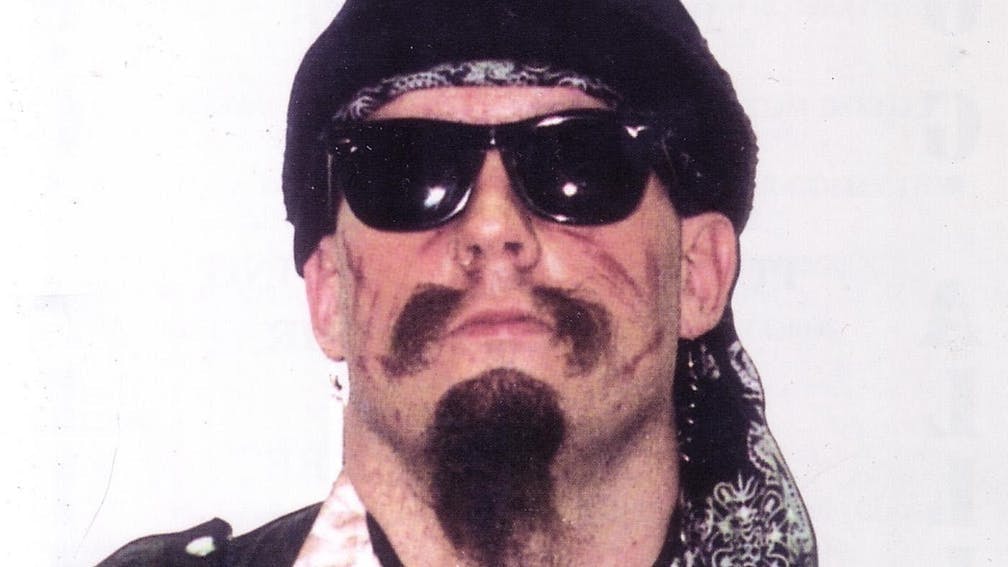 Nothing is as punk rock as your body. No swear word, political symbol, or fashion choice could outrage the general public as much as the fluids and waxes that your hideous beef shell oozes out on a daily basis. But while punk’s true spirit of shoving the ugly truth of humanity in the face of the pearl-clutchers remains alive in many, others have focused more on the trappings of the genre and culture than the reality. Fashion, presentation, a sense of bluster — all of the things that punk rebelled against, when it formed as a gut reaction against classic rock — have become punk’s calling cards.

But there will always be one punk rock star who remains true to the culture’s core tenets: Kevin Michael “GG” Allin, frontman of the Murder Junkies and lifelong rock’n’roll firebrand. That GG lived so hard, behaved so repulsively, bled so profusely, and died so young will forever cement him as the most offensive man in punk. As even as punk rock becomes ultra-polished and easy on the ears, it’s good to know that at one glorious point in musical history, a poop-smeared man from New Hampshire could slice open his skull with a broken bottle and eat a tampon onstage.

“There will never be anyone like GG Allin again,” says Fat Mike, frontman of Cali punk legends NOFX. “Ever. Ever.” In some ways, Fat Mike’s approach to punk rock — as a sport of raw attitude, where survival is difficult but worth every second — echoes that of GG Allin. That said, Fat Mike was also present at what he describes at GG’s “most hardcore show,” and he’s quick to point out that even he could never reach GG levels of horrific-ness.

“Apparently, GG prepared by drinking whiskey and taking Ex-Lax the entire day,” says Mike. “The band started playing, and as soon as G.G. took the stage, he took this shit that came out like water, and it hit the floor and pulled out in a circle. He got down on his knees, sucked it up, and spit it onto the crowd. I was behind Jello Biafra, so I grabbed onto him and used him as a human shield to guard myself from this. I would say at least half of the crowd left right then. Ten people threw up and went into the other room. So now, G.G. and his band were playing, and everyone was at least ten feet back. That was the first song!

“Now there was more room, so he threw a bunch of glass on the floor and began to roll in it,” Mike continues. “He grabbed this blonde girl from the audience, and was just on top of her. She was just screaming. It wasn’t fun, it wasn’t consensual, but nobody wanted to touch him. Eventually, people were trying to pull him off her, but, y’know, there was blood, shit, and glass everywhere! So they finally got him off… and then he went around the audience and started hitting people with the base of the mic stand. Then, a girl who was into it came on stage, and he just kicked her in the fucking face, right in the jaw. She went home with him that night, after he went to the hospital. One of his knees that night was so cut, that every time he took a step, blood would continually squirt out. It was absolutely terrifying.”

Allin’s upbringing foreshadows his future greatness. Born Jesus Chris Allin — because his father Merle had a vision that he was visited by Jesus, who told him his son would go on to great things a la the Messiah, natch — GG Allin was raised in a log cabin without electricity or running water, where his father would dig graves in the basement to threaten his wife and children. After a childhood of selling drugs, crossdressing, and getting the shit bullied out of him, he started playing drums, doing drugs, and idolizing rock acts like Alice Cooper and KISS. His early performances cast him as a femme firebrand who seems somewhat desperate to be liked. But it wasn’t until the late ‘70s and early ‘80s, as punk rock bloomed in America and GG’s addictions worsened, that he truly became a legend.

Allin’s weapon against conformity was his own body. His songs were about self-harm, doing drugs and drinking, and flagrantly indulging in sexual behavior considered deviant even by most punks. While bands like AC/DC made innuendos about balls and the Buzzcocks wondered why the couldn’t touch it, GG Allin shrieked about putting a needle in his penis or how caked with feces his anus was. The lyrics of his classic song I Wanna Fuck Myself give an insight into his soul: 'I pull my pud until it bleeds / I masturbate on toilet seats / Girls can’t give me satisfaction / I fuck my fist with a raging passion.'

Live shows were where GG truly could offend the world. Onstage, he would cut himself, do drugs, and get completely naked. His signature move was to defecate onstage and watch the crowd around him lose their minds — the ultimate way to show punk rock’s young rebels how delicate they actually were. No matter how many middle fingers you hold up, nothing shows a complete lack of fucks like squatting down and taking a shit in front of a crowd.

“I didn’t love it at all,” says Fat Mike with tangible disgust, “but I couldn’t walk away from it.”

One could argue that GG Allin was actually the king of style over substance in punk. Most musicians certainly know GG’s bald head and misanthropic underbite more than his actual songs. Fat Mike agrees with that sentiment: “He’ll always just be the shit-covered monster. He had some okay songs in his music, but it’s not great music. Kind of like The Dicks. I like both, I listen to them, but it’s not like Bad Religion, y’know? GG wasn’t part of the scene, which is kind of weird. He just did his own thing. He didn’t tour with bands."

Maybe what makes GG Allin the ultimate punk icon is that he wasn’t a very good person. GG stood outside of the scene, due in part to his personal life — growing up in the suburban east coast, away from hardcore’s thriving hubs in New York and the Bay Area — and in part because he was a violent psychopath who no one really wanted to physically touch, because he was caked in shit. By the time he died of an overdose in 1993 at 36, GG was horribly scarred, brutally addicted to heroin, and a public freakshow who seemed totally divorced from hardcore at large. In that way, he was rock’s ultimate misanthrope: a man who wanted nothing to do with humanity — especially himself.

“Nobody knew him,” says Fat Mike. “From what I understand, he wasn’t a cool guy. He was an introvert, probably on the spectrum, but so am I. He didn’t really live anywhere. When I saw him, two of the musicians were from San Francisco, and they were freaked out. GG assaulted women… but he also assaulted men, too, you know?

“That was GG Allin, though,” he says. “He lowered the bar for everyone.”