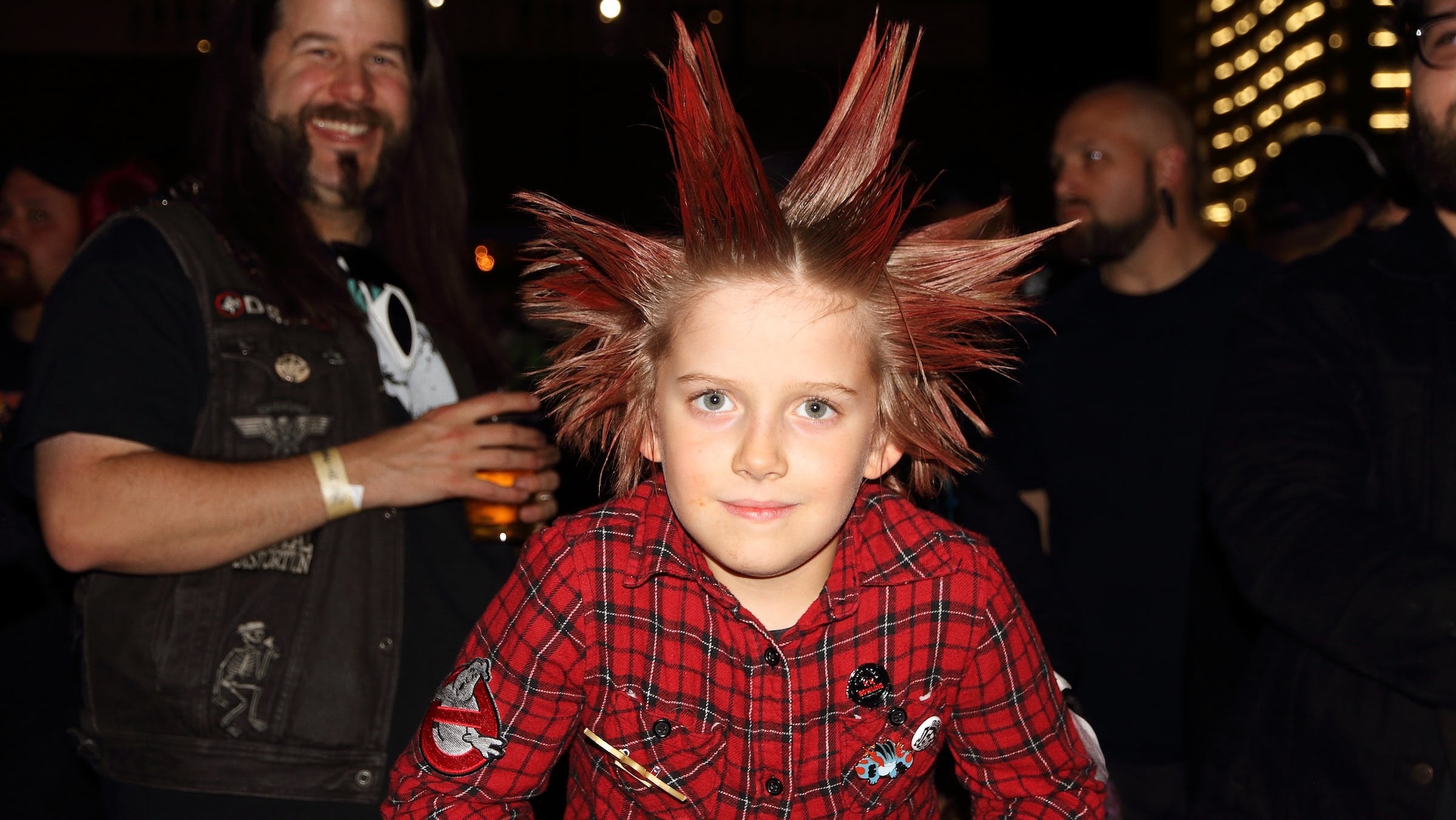 “Forty years ago, when we started the band, all these cunts said punk was dead. They were wrong! You're here, I'm here, and they can all go and fuck off!”

So says Exploited frontman Wattie Buchan, from the main stage of the sold-out Bunkhouse Saloon. In his own succinct and rather abrasive style, Wattie has hit the nail on the head. Indeed, Fear frontman Lee Ving claims that there are 32,000 people in attendance at this, the 21st Punk Rock Bowling festival, and while he's prone to exaggeration – the Downtown Events Center having a capacity of 15,000 – there are countless shows in different venues over this very long Memorial Day Weekend, and every one of them is completely sold out. So, for once, he might not be far off.

But while it's fantastic to see so many punks of all ages from all parts of the world, the true beauty of Punk Rock Bowling is that they get punk rock in all its wild and varied forms. With over 120 bands playing, the festival takes in everything from the doom-laden apocalypse of Killing Joke to the sing-a-long strut of The Hives -- and all points in between -- and it's as much of a joy discovering new bands as it is to see the legends. There are no stupid punk rules here, because there are no stupid punk rules.

The only downer is that with overlapping gigs, it's impossible to see all the bands, and you're forced to make some seriously difficult choices -- not to mention trying to stay sober enough that you actually remember all those choices. So... the highlights.

Things kick off with a free gig from TSOL at the Double Down Saloon on Thursday, but it's so rammed that there's a one out-one in policy. Instead, festivities truly begin on Friday at the aforementioned Killing Joke show, which, alas, means missing Pennywise, Sick Of It All, Infa Riot and more, but is nonetheless magnificent, leaning mostly on their self-titled debut of 1980. Granted, their main support, Flipper, with Jesus Lizard's David Yow on vocals, isn’t what anyone is here for, but Alternative Tentacles-signed World/Inferno Friendship Society are all manner of mental, an eight-piece jazz/soul/punk thing with songs like Zen And The Art Of Breaking Everything In This Room.

The festival proper gets going on Saturday at the Events Center, with sets by London reggae band The Skints and Swedish punks Perkele – both splendid – before the ever-brilliant Fear “take a break from advancing human history and the use of the English language to perform some classical music.” Which is mostly about beer. Then The Damned perform the entire Machine Gun Etiquette album along with New Rose and Neat Neat Neat. No big deal, just one of the greatest punk bands of all time performing arguably their greatest album.

We probably should have mentioned that it's pretty much all highlights.

After rousing sets from the Casualties on the second stage, Flag (featuring four original Black Flag members) and Rancid on the main stage, it's off to that Exploited show to join the battlefield that is the pit. Again, there are great supports from Total Chaos, Blanks 77 and more, but Iron Reagan are particularly ferocious, even offering up a Cannibal Corpse cover. Wattie and crew, meanwhile, are simply unrelenting, with 24 songs of non-stop mayhem.

And so to Sunday, and another full day of excellent bands: Total Massacre, The Darts, The Lillingtons, Adolescents -- who pay tribute to their late guitarist Steve Soto -- The Vandals, Sloppy Seconds...the list goes on. And on. Among the best bands are New York's Drug Church, kind of a grunge Black Flag, who tear up the second stage, and Canadians Fucked Up, who momentarily sound like Oasis before unleashing some sort of psyche-rock-hardcore racket that would have the Gallagher brothers shitting their pants. But there's not much to beat Refused on the main stage, reformed in 2012 and back with a new-ish album and some truly incendiary live shows.

By the time Descendents close out the main stage, unseasonable -- and frankly unreasonable -- desert wind sweeps in bringing a bitter cold, but thankfully the next gigs (and yes, there's more) are indoors. Tough choices again, but we go with Conflict and Antisect at the Fremont Country Club, the former offering furious anarcho-punk, while the latter sound like Neurosis slowly stabbing Hawkwind to death. Both fantastic.

Monday. Everything hurts. Legs ache. Ears ring. Maybe a beer will help. Again, there are too many bands to mention, but London's Shame stand out from the pack, a new favourite band with a show-stealing performance – Slaves meets the Ruts – until The Specials and the Hives steal it back. Sadly, we can't get near the second stage for Teenage Bottlerocket, but along with the Dead Boys they look impressive on the big screens.

Indeed, you can already find a bunch of this on YouTube, but a better idea is to mark you calendar for next year. Memorial Weekend. We're already counting the days. See you down the front.