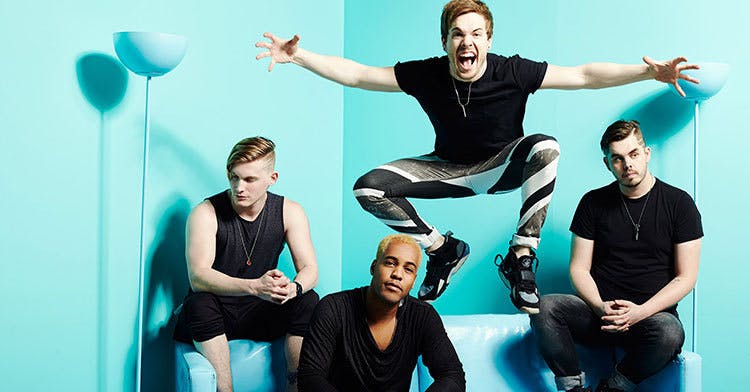 Set It Off have revealed another brand new song!

Life Afraid follows the previously released Something New, both of which are lifted from the band’s upcoming album Upside Down. The album is the follow-up to 2014’s Duality and is set for release on October 7 through Rude Records/ Equal Vision – don’t forget to pre-order your copy here: http://setitoffband.com/.

Talking about the track the band said: “We are all extremely excited to be releasing our new record Upside Down, and for the world to finally hear what we’ve been working so hard on for the past year. We are anxious for fans to hear our new songs, as they are our most mature work to date. We had the opportunity to write with Alex Gaskarth from All Time Low who is both an inspiration and a friend to the band. We’ve challenged ourselves to break down genre walls – pulling influences from pop, hip-hop and R&B. Brace yourself – this is Set It Off”

Listen to Life Afraid below: