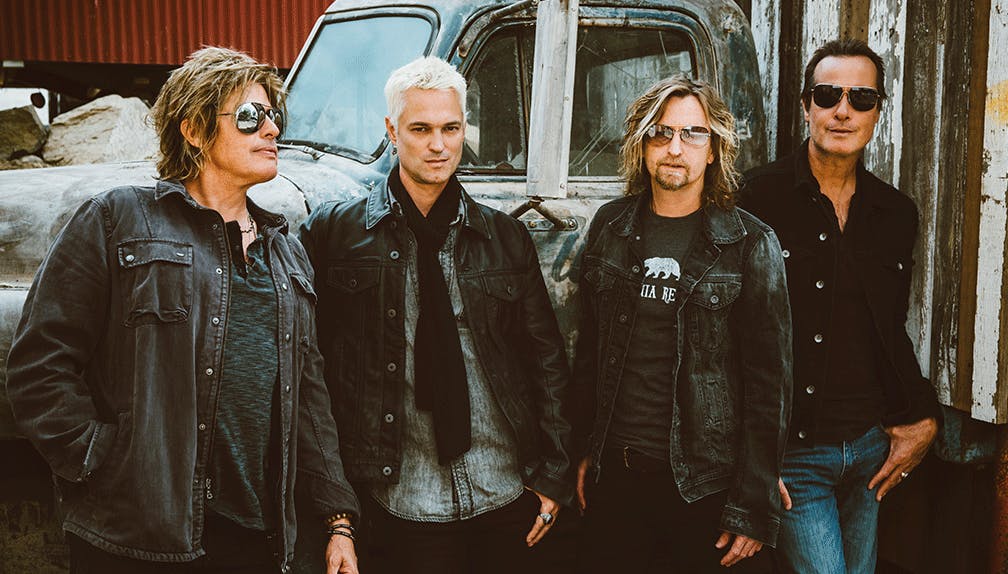 Stone Temple Pilots made their live return last night (November 14), playing a show at the legendary Troubadour in LA, where they revealed their new singer, Jeff Gutt.

The vocalist has been working with members Dean DeLeo, Robert DeLeo and Eric Kretz for the last year, writing and recording new music. The rockers have also revealed the first single with the new frontman, Meadow, which you can listen to below.

He joins the band full time after original singer, Scott Weiland, sadly passed away in December 2015, and their singer, Chester Bennington also lost his life back in July of this year.

Gutt (pronounced Goot) has been a known figure on the Detroit rock scene for years, and was the lead singer in nu-metal band Dry Cell. On top of that, he appeared on the 2013 US version of X Factor and finished in second place.

Listen to Meadow below:

It's nice to hear some new STP music.

“We wanted someone who would not only do our earlier songs justice," said guitarist Dean DeLeo, "but would also write new songs and carve out a different path forward with us. It took some time, but we found our guy."