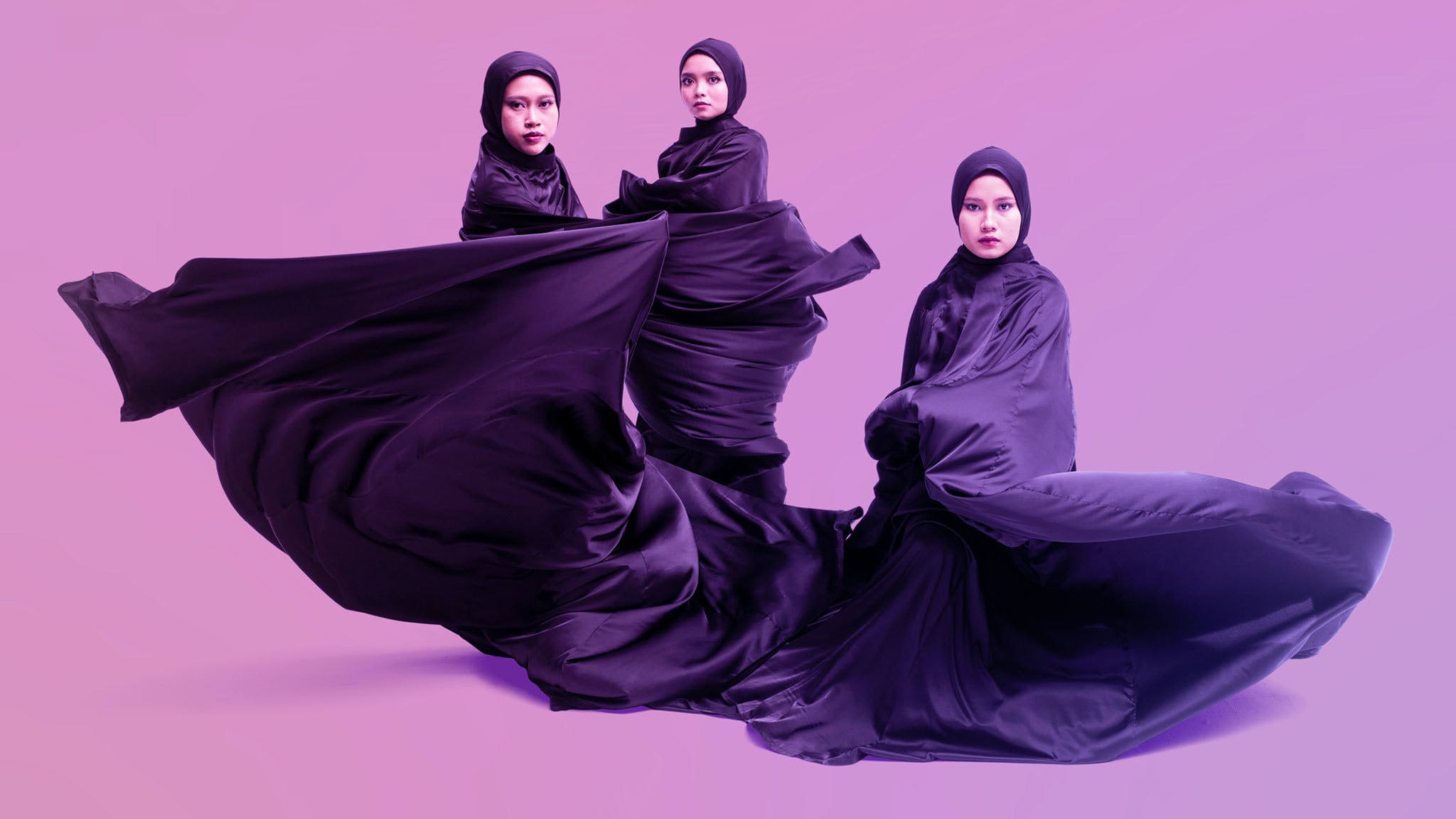 For the three members of Voice Of Baceprot, 2014 was when everything changed. Firda Marsya Kurnia (better known as just Marsya), Euis Sitti Aisyah (Sitti) and Widi Rahmawati were bored schoolgirls with the vague restlessness and disaffection of teenagers everywhere. Then, poring through their school guidance counsellor’s music collection, they happened upon something that would transform their young lives. There was the unpredictable, barely controlled chaos of System Of A Down. The propulsive bombast and activism of Rage Against The Machine and the irresistible crunch of Lamb Of God. In short: they discovered metal.

“It was so powerful,” recalls Marsya today. “There was an instant connection to the music but the songs and lyrics also related to what was happening around us. So, we felt that people should know about this music, especially in our area at that time. That’s why we chose to play metal music to express ourselves.”

It’s a revelatory process that a lot of musicians and bands go through but, for the three young girls who would become the women of today’s stunning Voice Of Baceprot, the very act of forming a band was not so straightforward. Indonesia as a whole is a major market for rock and metal acts. It’s the sort of place where monsters of rock like Iron Maiden and Metallica can play shows to tens of thousands of people (two massive ’Tallica shows were infamously marred by rioting in Jakarta back in 2003), but it also has strong local scenes and support for smaller international bands. Even the country’s president, Joko Widodo, is a confirmed metalhead who has professed his love for Slayer and Napalm Death.

It is also a vast and multi-layered country, with a slogan popularly translated as ‘unity in diversity’, and the girls’ small home village near Garut in West Java could hardly have been more different than the sprawling metropolis of Jakarta. Youngsters simply did not just up and start metal bands, especially if they happened to be female. Encouraged by their counsellor, though (one Abah Erza, who would go on to guide and mentor them and help write their early lyrics), the trio started to hone their craft. Marsya taught herself to sing and practised on an old guitar held on with a belt instead of a strap. They didn’t have a bass so Widi approximated on an acoustic guitar and Sitti used a drum kit assembled from the school’s marching band equipment.

Eventually, they played their first gig – a farewell concert at school that some elements of the conservative Islamic community didn’t exactly approve of. “At first they were shocked, of course,” Marsya says. “Especially our parents, our families. They forbade us from playing music for a time. We had a hard time at first to make our parents believe in us to play music, but now they are wholly supportive.”

“Yes, because we were able to make money playing this kind of music,” adds Sitti and the trio dissolve into laughter. They laugh a lot, both throughout the interview and, you suspect, as they go through life. This still young band have talked previously about receiving abuse and even death threats for the temerity of wanting to start a band and play shows. They’ve encountered a range of negative reactions but prefer to focus on the far more common waves of positivity and generosity that have helped them along the way.

“At first we were treated differently [for being a female band] because it’s maybe not a common thing, especially where we live,” shrugs Marsya. “But when we got to big cities like Jakarta, people are kind and we got a lot of support from local musicians. We met a lot of metalheads and learned a lot more about metal and had a great experience.” She’s also proud of the fact that people are now starting to reach out to the band, often saying that they’ve found them to be an inspiration. “We get a lot of messages like that, especially from the girls. They say before they knew us, they were afraid to play music, but when VOB got a little bit popular, they had the courage to start a band themselves,” she beams.

This giggly sense of positivity doesn’t mean that things don’t piss them off, however – although they almost certainly wouldn’t phrase it like that. When they first came to Europe, for example, the press honed in on a single aspect: the fact that these were three girls playing metal in hijab. In December the band shared a video from their set at the Trans Musicales festival in France. “There’s one thing that made me shocked,” Marsya told the crowd. “All of them mostly asked me about our hijab. And you know what, it makes me feel like I’m coming here for a fashion show. They focus only on our appearance.”

They also display a righteous anger on their latest single, the incendiary yet infectiously grooving [NOT] Public Property. “This song is born of our concern for women’s issues, especially regarding bodily autonomy which, in our opinion, is quite urgent to be voiced. Because we are sick of hearing how people talk about women’s bodies, even when sexual violence happens to us – our bodies and actions are still to blame. And we don’t want interference in deciding what we should wear, what we should do and how we are in public. It makes our bodies public property. And honestly, we don’t like it.”

Voice Of Baceprot (‘Baceprot’ means ‘noisy’ in Sundanese) have teamed up with the British Council and WoW (Women of the World) Foundation in both artistic endeavours through their music videos and to raise money for victims of sexual violence and abuse. And, like their musical heroes in SOAD and especially Rage Against The Machine, they believe in using the platform their music provides for them. “With our music we have the power to make people hear our voice more, so we like to convey messages of peace, to look at environmental issues and also humanitarian issues that really need to be voiced at this time,” the singer says.

The band are increasing their ranks of admirers all the time and have received social media shout-outs from a number of rock and metal luminaries, including Rage guitarist Tom Morello, Red Hot Chili Peppers bassist Flea and Living Colour guitarist Vernon Reid. When Guns N’ Roses played Jakarta a couple of years ago, Slash invited the trio to meet him backstage – although it didn’t happen in the end as the guitarist got stuck in traffic. That must have been a sickener, but Widi says they are “proud and happy to know that these people are even aware that we exist”. She still has ambitions to play with the Chili Peppers, though, which she has harboured since reading about the band in the pages of this very magazine. “We read about Slipknot in Kerrang! as well and we get to play the same festival as them at Wacken,” she adds.

For Voice Of Baceprot, it’s already been an incredible journey – but there’s a lot more in store. As successive original tracks and the odd thumping cover have shown, the three know how to rock hard and are quickly developing their own distinctive style. They’re a band who are looking to transcend clichés and stereotypes, and they have the skills to do so. It looks like being quite the ride ahead.