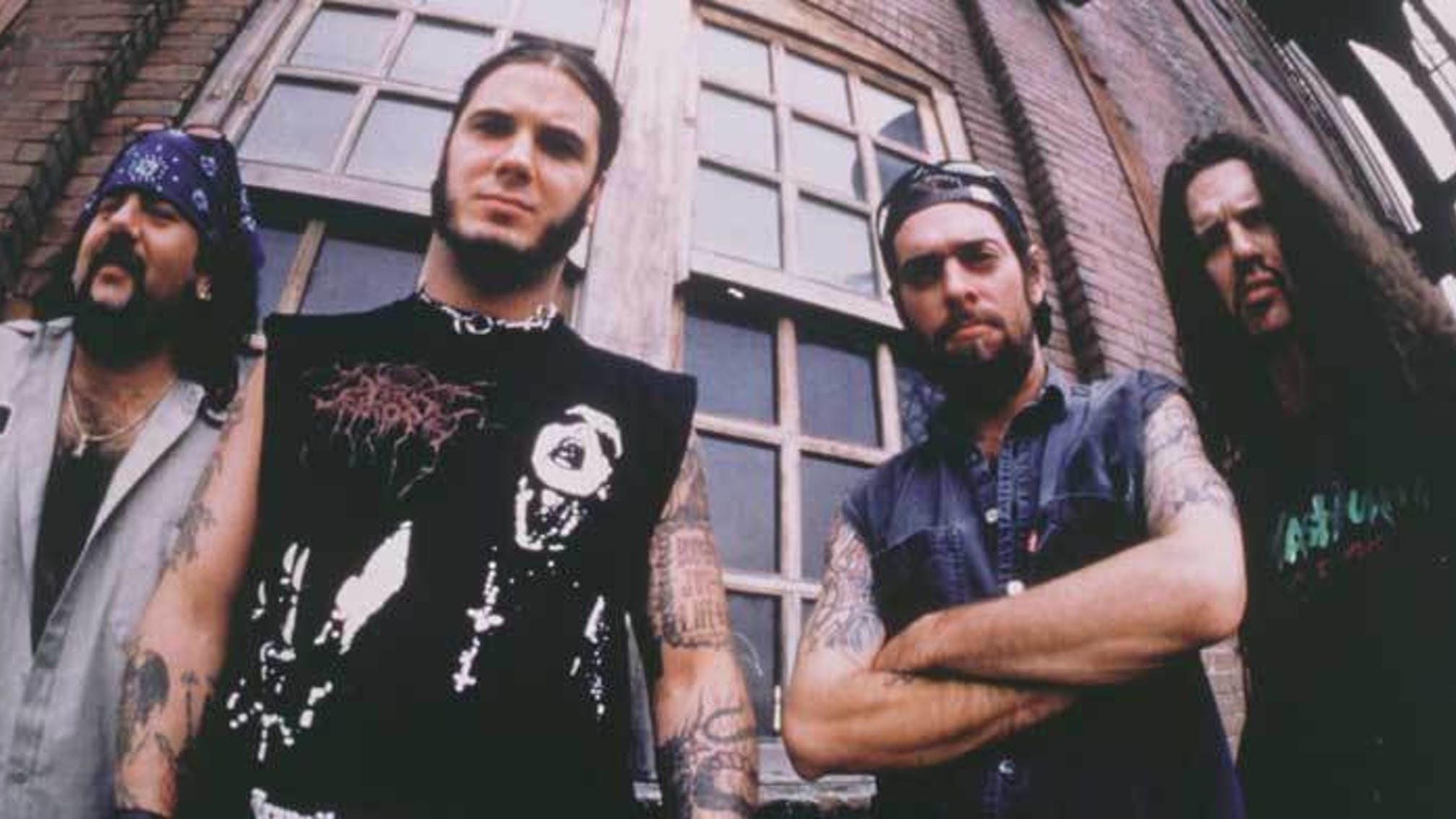 It can be mind-blowing to consider just how much Pantera changed the metal scene. The band's thick molasses grooves and gritty dirtbag vibe turned the established world of heavy music on its head, and inspired generations of everyday people who were nothing like Guns N' Roses to pick up a guitar. And while they're synonymous with Texas, the band's influence was felt in every corner of the world where metal was being played. A perfect example of this is the video below of Dynamo 1998 in the Netherlands, where Pantera played their massive single Becoming to a roiling sea of some 60,000 European fans.

The footage is filmed from far enough away that viewers can see the sheer size of the Dynamo crowd in 1998 (which, incredibly enough, was a downsized version of the festival after 1995's fest brought in over 100,000 fans and the Dutch government had to limit the festival's attendance). The show is a snapshot of Pantera as they were at the height of their fame -- Dimebag stomping around like a maniac at the front of the stage, Phil clad in his sleeveless Charlie Manson shirt, the works. Equally strange and awesome to watch is the crowd, which is going absolutely fucking nuts at the foot of the stage to the terror of the bouncers watching after them.

This set, of course, went on to become Pantera's most infamous sets, and was in 2018 released as a live album. Watching the footage below, one can understand why.

Check out Pantera blowing the lid off of the Netherlands below:

March 22 marks the anniversary of Pantera's Far Beyond Driven being release. For many, the record is the band's first big release, the mainstream release that came on the back of Vulgar Display’s massive success. But Driven is not only incredibly heavy, it also shows off the beginnings of the band’s true dark side. Becoming and I’m Broken illustrate Phil’s patented mix of vulnerability and ego, while Slaughtered revels in the band’s uncommon rhythms. That said, overall the album feels a little aimless and all over the place, a product of growing pains more than a well-executed effort. Though one of Pantera’s most recognizable albums, and the home of several killer cuts, this one sits firmly in middle ground.